Maria Cantwell, elected three times from Washington, is the ranking member of the Committee on Energy and Natural Resources. Cantwell’s seat is generally viewed as safe and neither party is expected to invest much of their resources in this particular race. Washington has not elected a Republican Senator since 1994 nor voted for a Republican President since 1984.

This is a representation of the Senate seats up for election by their location on the Senate floor. The highlighted seat is where Senator Cantwell sits. 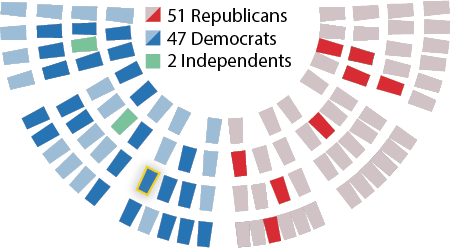