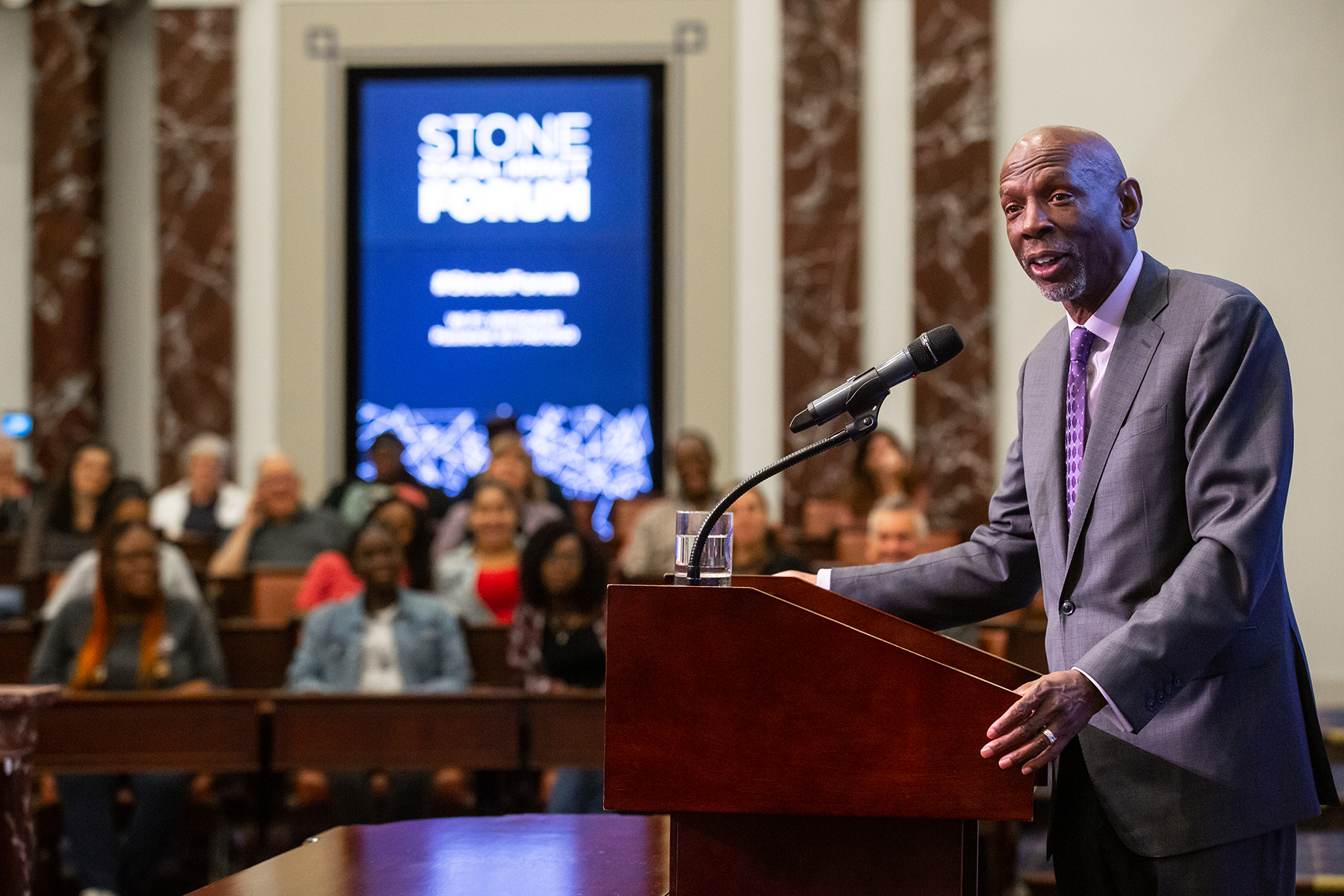 Geoffrey Canada will share the journey of Harlem Children’s Zone and discuss how equal access to a quality education is the cornerstone of a healthy democracy. Canada will also participate in a conversation around his theory of change, the importance of youth engagement, and his vision for how each person can positively contribute to their communities and civic life, moderated by Carrie Jung, Senior Education Reporter for the Edify Desk at WBUR.

Geoffrey Canada is the President and Founder of Harlem Children’s Zone, Inc. Under his visionary leadership and 20+ years with the organization, Harlem Children’s Zone has become a national model that The New York Times called “one of the most ambitious social-policy experiments of our time.” Canada was driven to help children who, like himself, were disadvantaged by their neighborhoods and felt that helping them find inspiration in education would make all the difference in their lives. His work has received significant media attention and he is the recipient of many awards and honorary degrees. He is also the author of two books, including Fist Stick Knife Gun: A Personal History of Violence in America and Reaching Up for Manhood: Transforming the Lives of Boys in America.

The Stone Social Impact Forum is an annual series that features bold civic change agents who demonstrate various pathways to tackle inequality, advance social change, and inspire all people to be civically active. The Forum is a joint initiative of the Edward M. Kennedy Institute for the United States Senate and the John F. Kennedy Library Foundation made possible through the generous support of the James M. and Cathleen D. Stone Foundation.

Read the announcement of the Stone Social Impact Forum and learn about the Institute’s other signature series.