From Speeches to Tweets: Why Presidential Rhetoric Matters 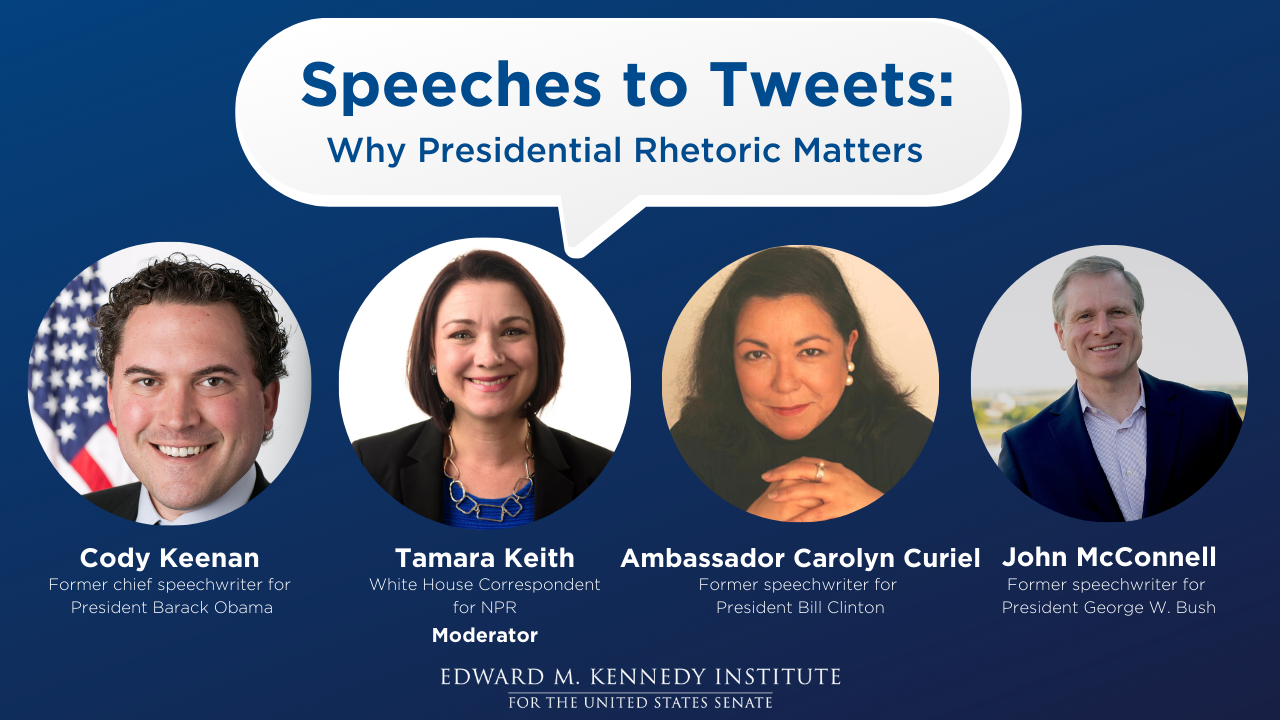 The President of the United States has the largest megaphone in the world and communications from presidents and their staffs are an important part of the 24/7 news cycle. Join former presidential speech writers from both sides of the aisle for a discussion on the importance of word choice by the president, from major speeches to Tweets, and the impact this rhetoric has on news reporting, especially the changes in communications technology and Americans’ expectations over what and how they hear from the president. Moderated by Tamara Keith, White House Correspondent for NPR, the conversation will include: