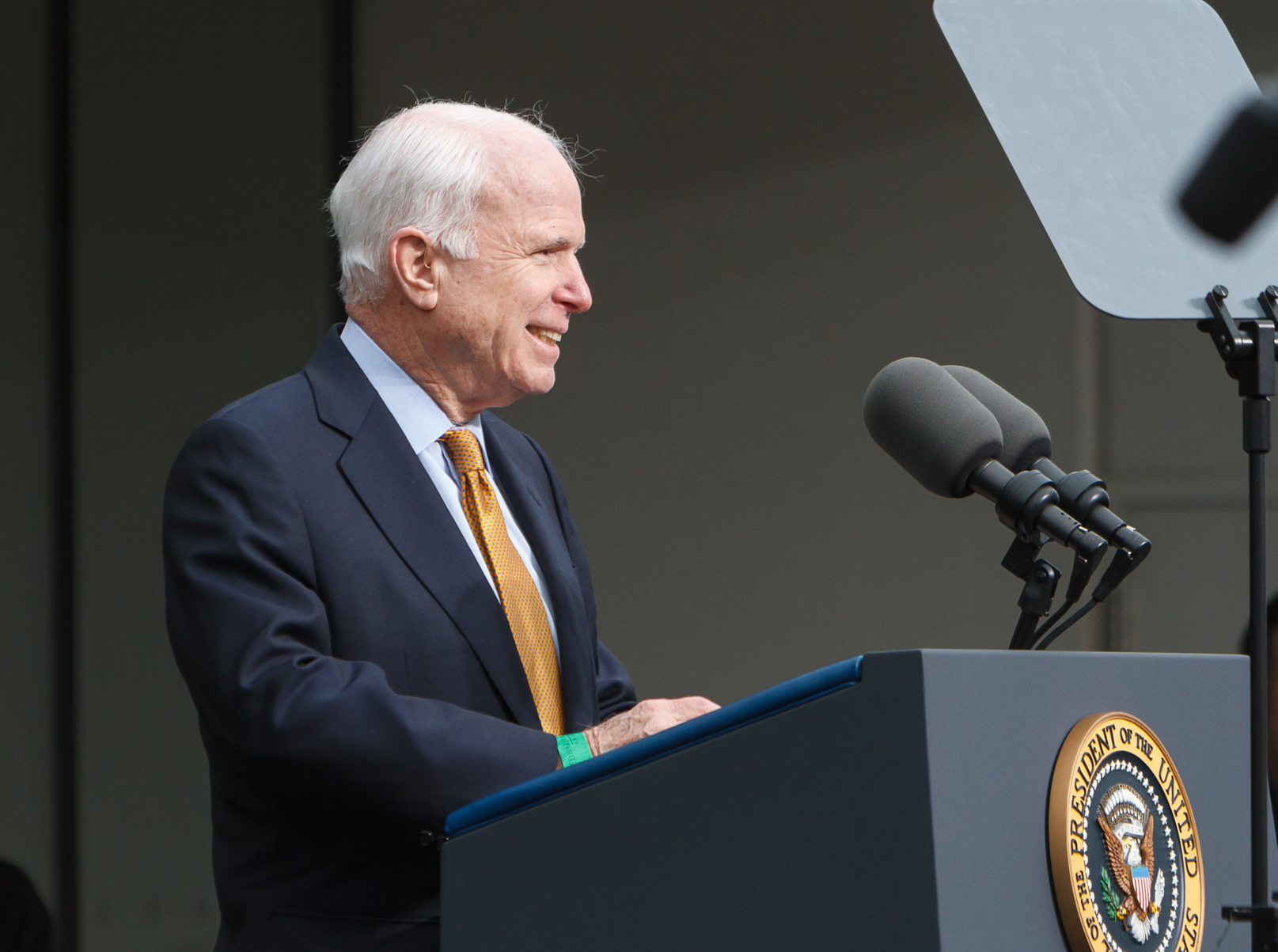 The Edward M. Kennedy Institute welcomed the public to sign a condolence book in honor of Senator John McCain and was open free of charge on Saturday, September 1, to those who wished to watch Senator McCain’s memorial service on the Institute’s screens. The memorial service took place at National Cathedral in Washington, D.C. and was live streamed in the Institute’s Senate Chamber. Friends of the McCain family, congressional colleagues and staff, as well as U.S. and international leaders, attended and participated in the service. The Institute will deliver all messages and mementos collected to the McCain family in Arizona.

“Senator McCain dedicated his life tirelessly to public service. His compassion and commitment to fighting for the greater good of this country will never be forgotten. He leaves behind a legacy of facing challenges head on and doing what he believed was in the best interest of the American people.”
Mary K. Grant, Ph.D., President of the Edward M. Kennedy Institute