Getting to the Point with Larry Tye 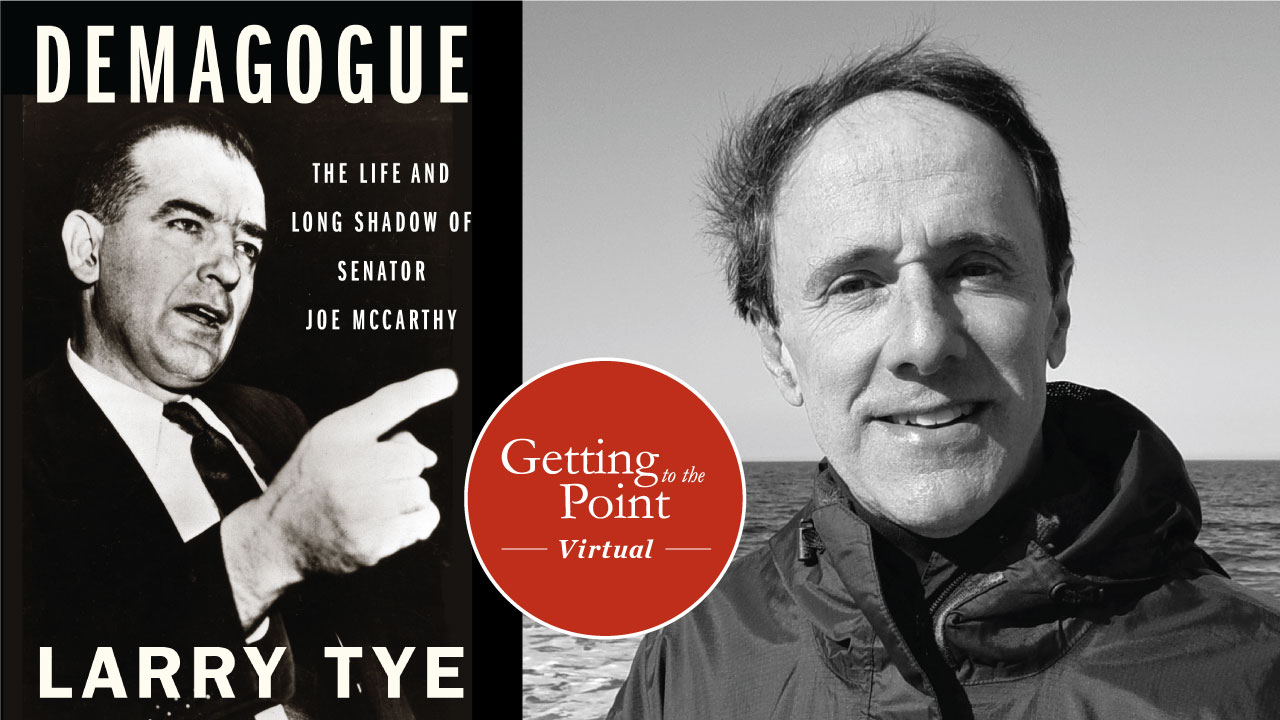 New York Times bestselling author Larry Tye will join Lisa Mullins, host of WBUR’s All Things Considered, and the Kennedy Institute for a discussion on his new book, “Demagogue: The Life and Long Shadow of Senator McCarthy,” and the parallels to today’s political leadership.

“Demagogue” traces the rise of Senator Joe McCarthy, one of the most extreme populists in American history. The book outlines the senator’s use of fear, deception, and political smears to dominate national conversations; Tye provides a telling lesson for how McCarthy rose to power and what led to his ultimate takedown. Given today’s fraught political climate, “Demagogue” is an intriguing read as many Americans grapple with similar rhetoric and fear coming from the halls of power.

Getting to the Point with Larry Tye will be held virtually on Zoom and registrants will receive a link to the program via email.