Founding CEO and a Director of Alnylam 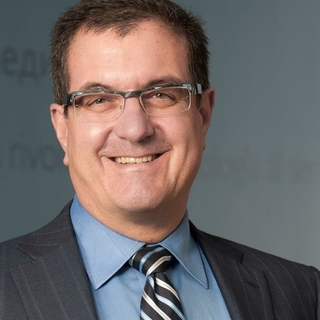 Dr. John Maraganore served as the founding CEO and a Director of Alnylam from 2002 to 2021, where he built and led the company from early platform research on RNA interference through global approval and commercialization of the first four RNAi therapeutic medicines, ONPATTRO®, GIVLAARI®, OXLUMO®, and Leqvio®. At Alnylam, he also led the company’s value creation strategy, building over $25B in market capitalization and forming over 20 major pharmaceutical alliances. He continues to serve on the Alnylam Scientific Advisory Board.

Prior to Alnylam, John was a member of the executive team at Millennium Pharmaceuticals, Inc., leading strategic product development, M&A, and biotherapeutic functions. Before Millennium, he held scientific and business roles at Biogen, Inc. where he invented and led the discovery and development of ANGIOMAX® (bivalirudin) for injection. Previously, he was a scientist at ZymoGenetics, Inc. and the Upjohn Company. Dr. Maraganore received his M.S. and Ph.D. in biochemistry and molecular biology at the University of Chicago. He is currently a Venture Partner at ARCH Venture Partners, a Venture Advisor at Atlas Ventures, an Executive Partner at RTW Investments, and Senior Advisor for Blackstone Life Sciences. He is also member of the Board of Directors of publicly traded companies, including Agios Pharmaceuticals, Beam Therapeutics, Kymera Therapeutics, ProKidney Corp., and Takeda Pharmaceuticals. He is also on the Board of a number of private companies – including Aera, Aerium, Hemab, Orbital, and Versanis, and on the Board of the Biotechnology Innovation Organization, or “BIO,” where he was Chair from 2017-2019 and is Chair Emeritus. In addition, he serves on the Board of the Termeer Foundation – committed to continuing the legacy of the late Henri A. Termeer, as Chair of the n-Lorem Foundation Advisory Council – committed to meeting the needs of patients with nano-rare diseases, on the Advisory Board of Ariadne Labs – advancing global health system innovations, and on the Board of Nucleate HQ – a student-led organization facilitating the formation of pioneering life sciences companies. John also serves as a strategic advisor to a number of innovative biotechnology companies, with a focus on advising and mentoring CEOs in their mission to advance science and innovation for patients.