This is a representation of the Senate seats up for election by their location on the Senate floor. The highlighted seat is where Senator Hirono sits. 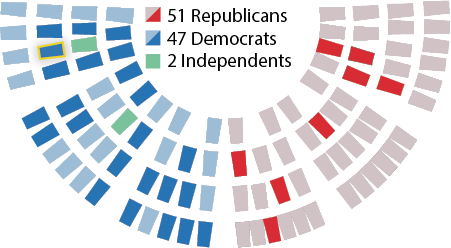