Getting to the Point on Immigration and Refugees 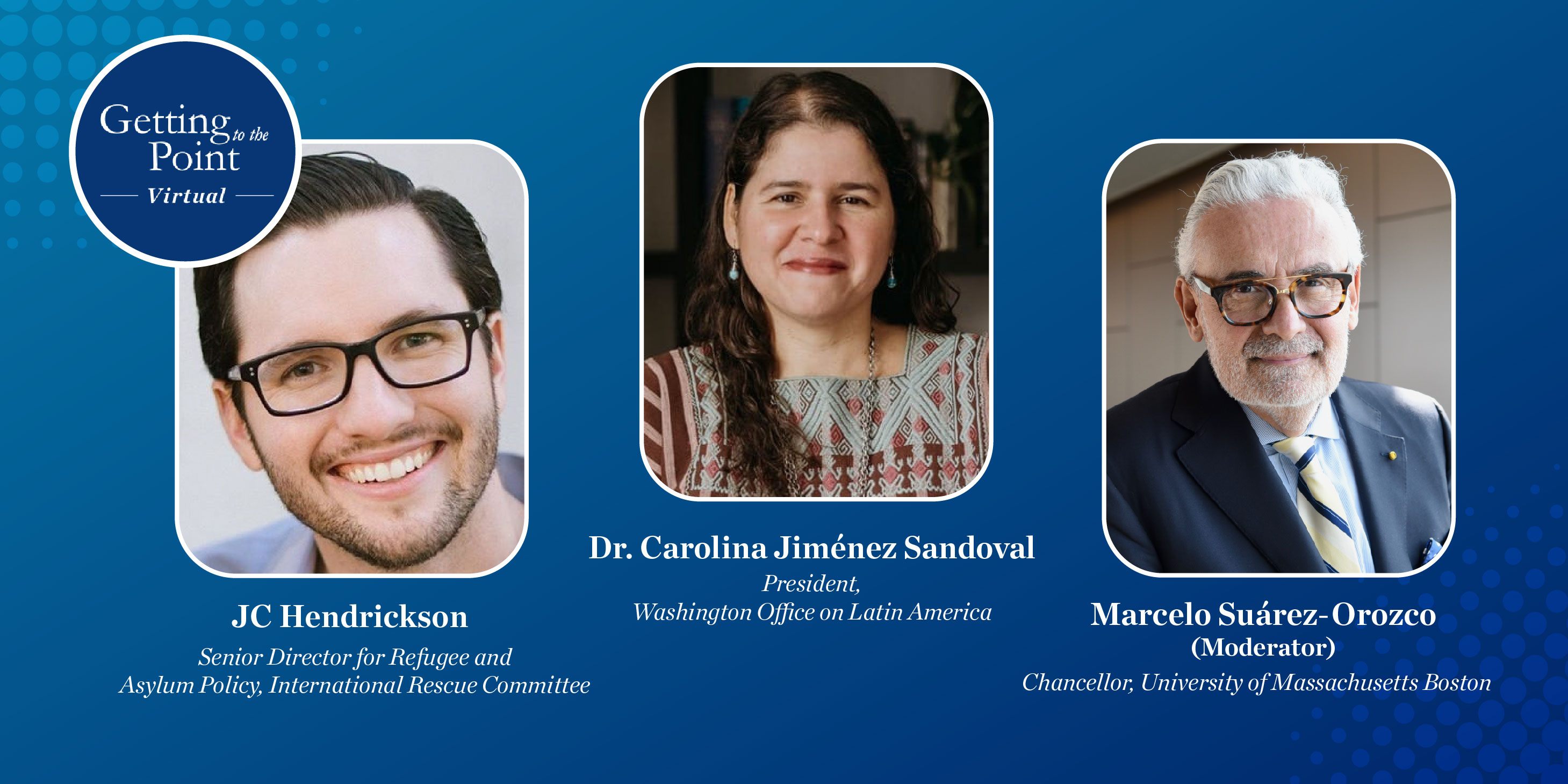 Join the Kennedy Institute for a timely conversation on immigration and refugees from both an American and global perspective. Leading immigration experts and activists will discuss the current crisis at the U.S. Southern border and address its connection to a larger crisis of forced displacement and migration around the world. The conversation will also share the plight of refugees from around the world, especially connected to the current events in Afghanistan.

Moderated by Marcelo Suárez-Orozco, Chancellor of the University of Massachusetts Boston, the conversation will include: