Grace: President Obama and Ten Days in the Battle for America 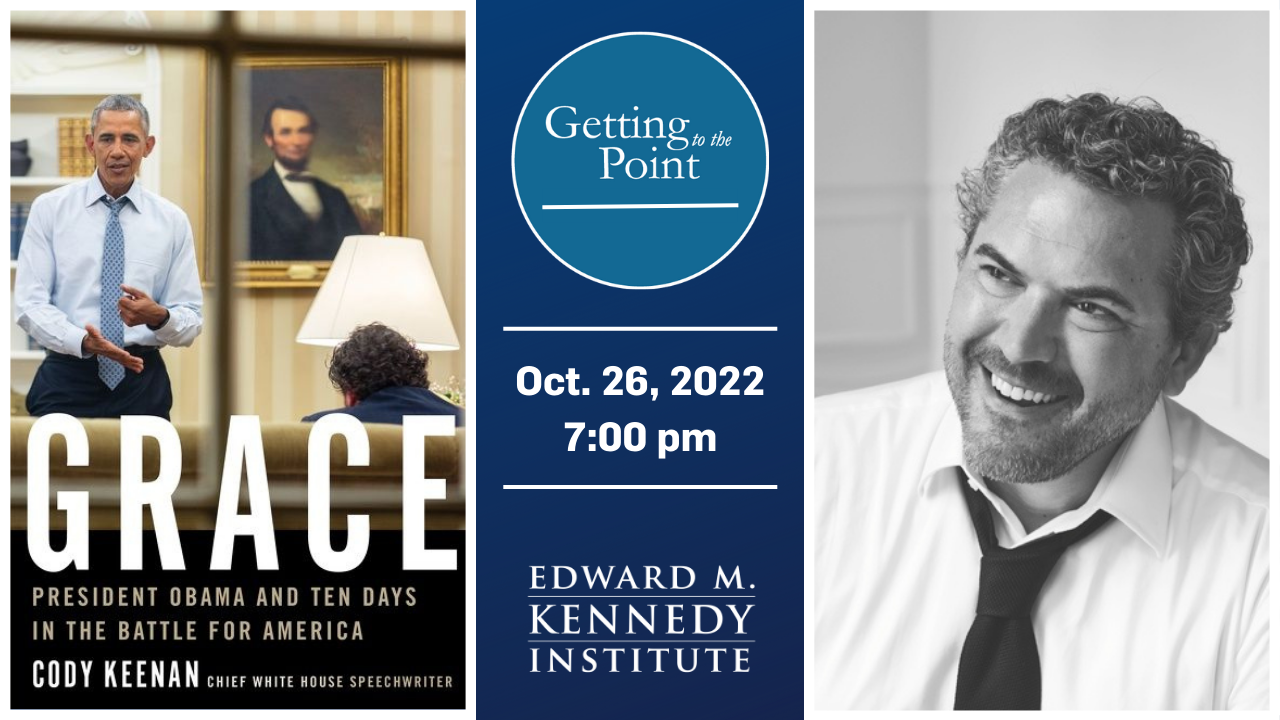 Join the Edward M. Kennedy Institute alongside board members Cody Keenan and the Honorable William “Mo” Cowan for a fascinating conversation about Keenan’s latest book, Grace: President Obama and Ten Days in the Battle for America. In one of the most intense periods of Obama’s presidency including the murders of nine Black worshippers in Charleston, South Carolina and Supreme Court rulings deciding the rights of Americans to healthcare and marriage equality, Keenan takes us through the process of finding words to console, elevate, and contextualize these events, and shines light on his unique relationship with our 44th President.

In a conversation moderated by former U.S. Senator Mo Cowan, Keenan, who partnered with President Barack Obama as his chief speechwriter for 14 years, shares an intimate glimpse into how they co-created language to address some of the most challenging instances of recent American history, including how to address America after yet another mass shooting. Keenan also shares Obama’s innermost thoughts on race, his use that week of the one word you can’t say, and what it’s like to be edited by Obama—a relentless perfectionist–during a late-night, one-on-one writing session in the First Family’s private residence.

The Kennedy Institute is pleased to welcome visitors back to the replica Senate Chamber for this live program followed by a book signing.

This is a free program; tickets are available in advance by registering below.

Doors will open at 6pm, and seats are first come, first served.