Getting to the Point with Daniel Mulhall, Ireland's Ambassador to the United States

Join the Kennedy Institute for breakfast and conversation with Ambassador Mulhall. 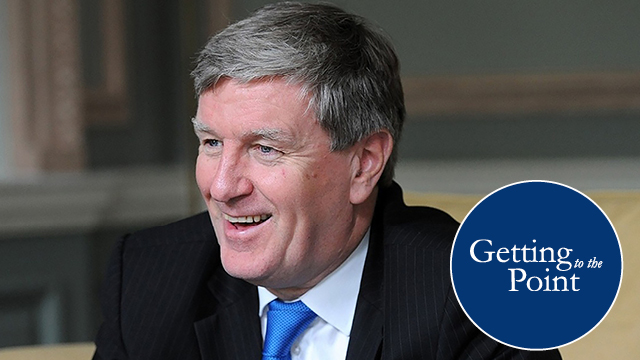 Join the Kennedy Institute for breakfast and a conversation with Daniel Mulhall, Ireland’s Ambassador to the United States, on the state of U.S. and Irish relations. Ambassador Mulhall will participate in a wide-ranging moderated conversation; and will discuss the Brexit deal, opportunities for ongoing cultural exchanges through global trade, innovation, and education; and the strength of the Irish-American community in Boston. Anne Mostue, Anchor/Reporter for Bloomberg Radio and Baystate Business Hour, will moderate.

Ambassador Mulhall began as Ireland’s 18th Ambassador to the United States in August 2017. He has had a distinguished diplomatic career, joining the Department of Foreign Affairs in 1978 and holding a number of positions including as Ireland’s Ambassador to the U.K., Germany, Malaysia, and other posts. He has served as the Director-General for European Affairs, a member of the Secretariat of the Forum for Peace and Reconciliation, and as Press Counsellor to the Department of Foreign Affairs for the Irish Government’s delegation during the Good Friday Agreement of 1998. Ambassador Mulhall maintains an active Twitter presence at @DanMulhall, engaging with followers around the globe, and is known for his keen interest in Irish history, literature, and advocating for public diplomacy.

Light breakfast will be available at 7:30 a.m. and the conversation will begin at 8:15 a.m.