Getting to the Point with Governor Bill Weld 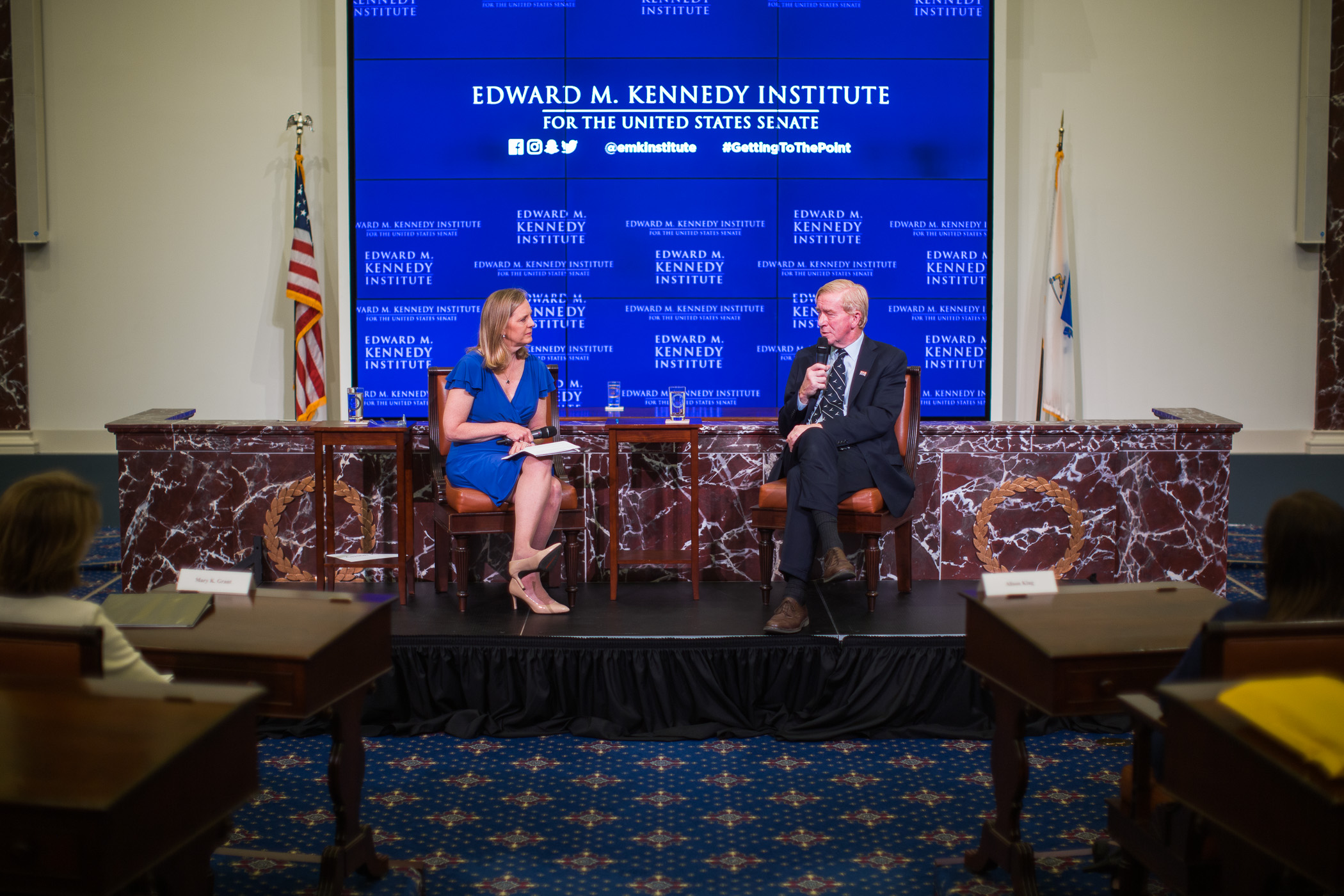 Governor Bill Weld will visit the Institute for a moderated Getting to the Point conversation to discuss his vision for a better America and share his policy platform for his candidacy for president of the United States. Alison King, Political Reporter, NBC Boston, will moderate this conversation. Governor Weld’s appearance is part of a series of Kennedy Institute programming in conjunction with the 2020 election cycle.

Governor Weld is a former two-term Governor of Massachusetts, first elected in 1990. Prior to being elected, Governor Weld served in President Ronald Reagan’s Justice Department as Assistant U.S. Attorney General in charge of the Criminal Division and as U.S. Attorney for Massachusetts. He also served as a staff member in the U.S. House of Representatives. He is an active member of the Council on Foreign Relations, served for five years as a member of the U.S. Holocaust Memorial Council, and is an associate member of the InterAction Council, an elected group of former heads of state from throughout the world, which convenes to consider and report on global issues.