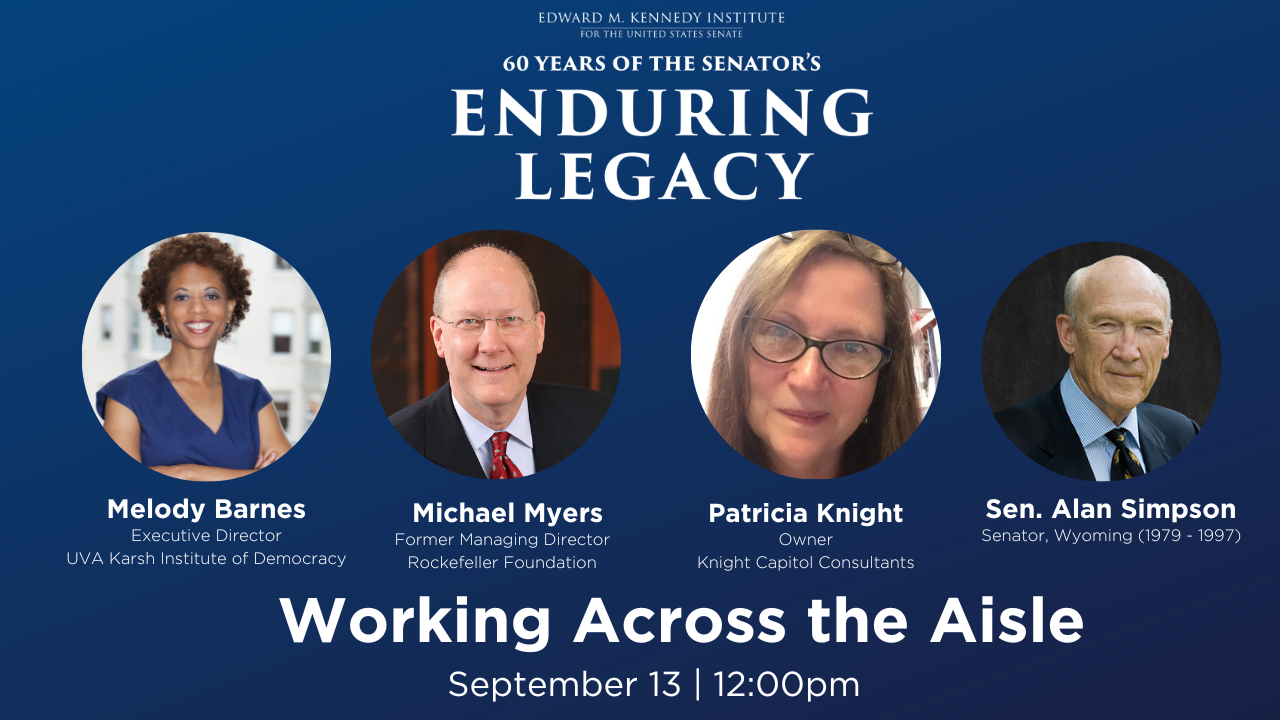 In commemoration of the 60th anniversary of the beginning of Ted Kennedy’s long and impactful career as a Senator, the Edward M. Kennedy Institute will host two virtual conversations highlighting his unique approaches to serving his constituents and his nation.

In Working Across the Aisle, we are honored to be joined by key members of Senator Kennedy’s former staff as well as collaborators across the aisle in the Senate to discuss how Senator Kennedy used the tactics of bipartisanship and goal-oriented strategy to push forward public policy. This virtual program will include historical context and first-person accounts reflecting on Senator Kennedy’s accomplishments as the fifth-longest continuously serving member of the United States Senate.

The conversation will include: