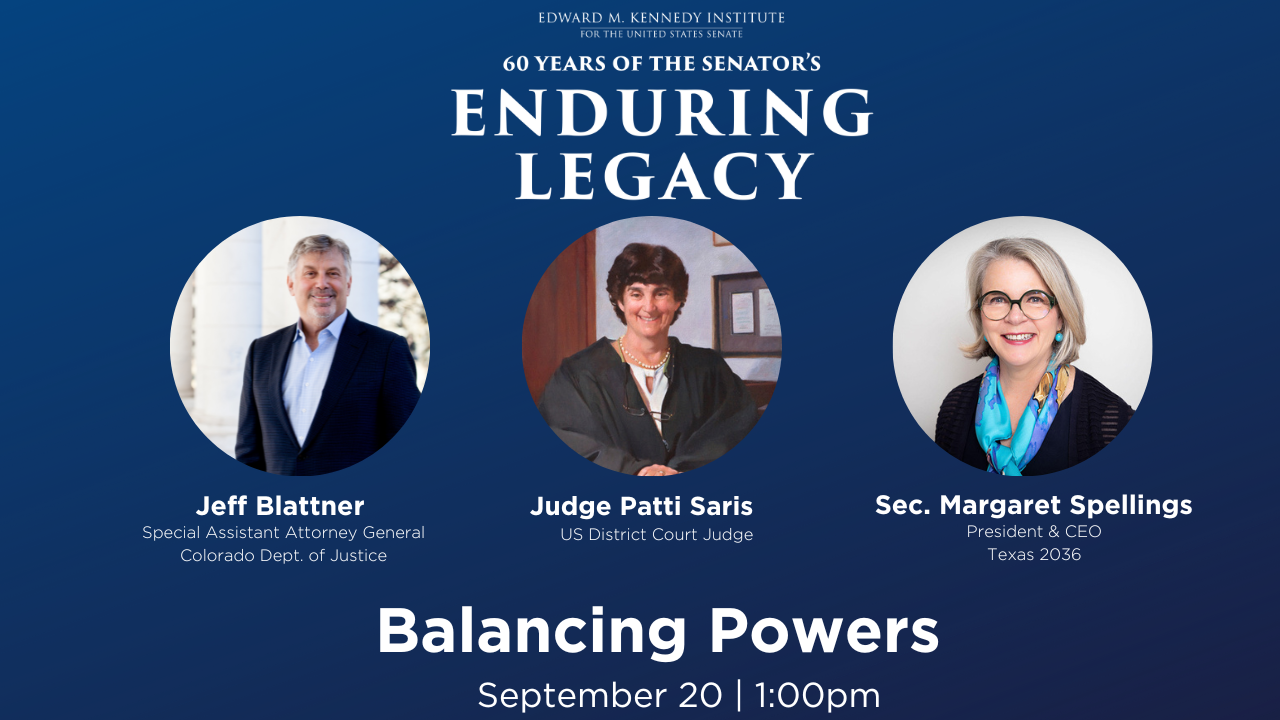 In commemoration of the 60th anniversary of the beginning of Ted Kennedy’s long and impactful career as a Senator, the Edward M. Kennedy Institute will host two virtual conversations highlighting his unique approaches to serving his constituents and his nation.

In Balancing Powers, we examine how Senator Kennedy drew upon his influence and collaborations with 10 presidential administrations to achieve great policy strides, and his work as Chairman of the Judiciary Committee to help shape the U.S. Courts. A panel of former members of the Judiciary Committee, Department of Education, and Staff counsel to the Senate Committee on the Judiciary will discuss the decades-long successes of Senator Kennedy working with presidential administrations to create and support common agendas.

The conversation will include: