Getting to the Point: A Conversation with Zhubin Parang, Head Writer at The Daily Show with Trevor Noah 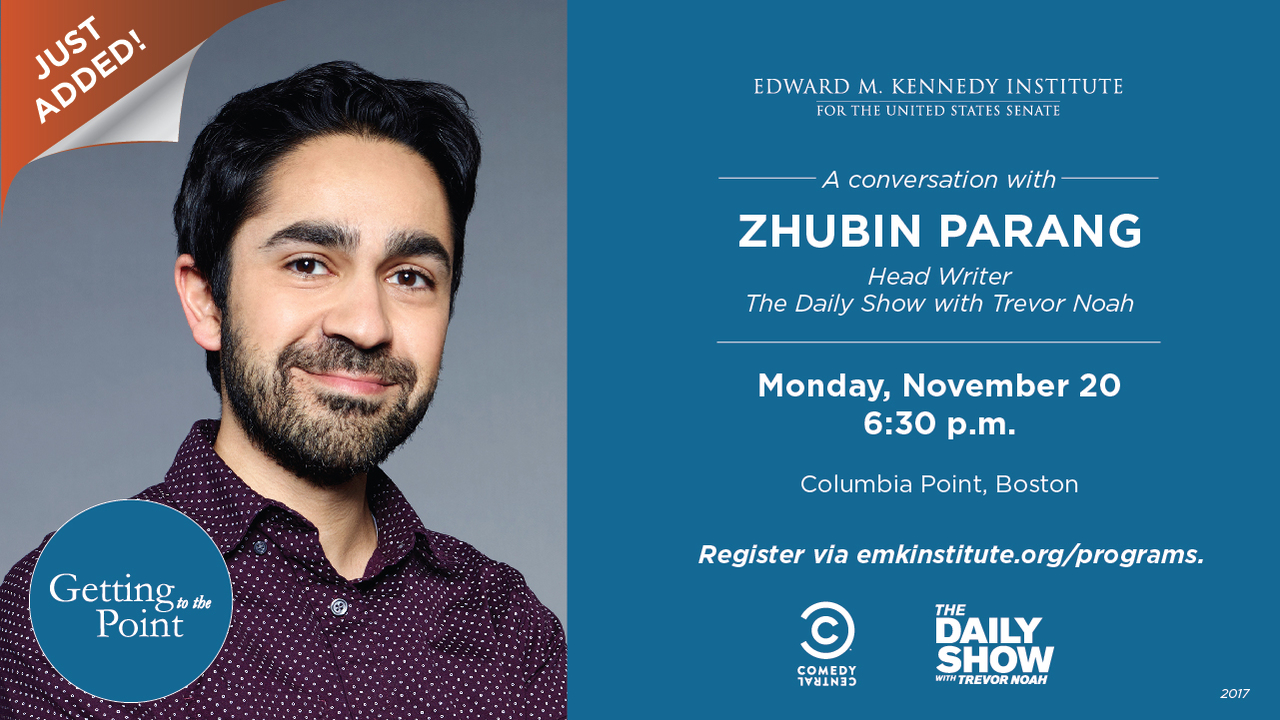 On Monday, November 20th, the Institute welcomed Zhubin Parang, Head Writer at Comedy Central’s The Daily Show with Trevor Noah, to discuss how the show is adapting and responding to the unprecedented political and media climate that the 2016 presidential election ignited. Through a moderated conversation, Parang and Sopan Deb, Culture Reporter for The New York Times, discussed the editorial decisions The Daily Show team faces daily in creating content for their show, and explored the unique role late-night shows and satire play in balancing comedy and reporting the news to generate a conversation on issues of national significance.

Zhubin has been with The Daily Show for six years now and has a very interesting professional background. Parang was born in Knoxville, Tennessee to Iranian parents. He attended Vanderbilt University where he was member of the Tongue ‘N’ Cheek improv group. After graduating in 2003 with a degree in political science and sociology, Parang went on to earn his law degree from Georgetown Law in 2006. After law school he moved to NYC to work in the litigation department at a “Big Law” New York firm. He continued to do improv at UCB while practicing corporate law for four years, before quitting to pursue his career in comedy, leading him to his current role at TDS.

Sopan Deb is a culture writer for The New York Times, writing about the intersection of politics and culture, among other topics. Before joining The Times, he covered Donald Trump’s presidential campaign for CBS News from start to finish as a campaign embed. He covered hundreds of rallies in more than 40 states for a year and a half. His work has previously appeared on NBC, Al Jazeera America and The Boston Globe, ranging from examining the trek of endangered manatees to following a class of blind filmmakers in Boston led by the former executive producer of “Friends.”