Across the Aisle: Finding Common Ground in Congress 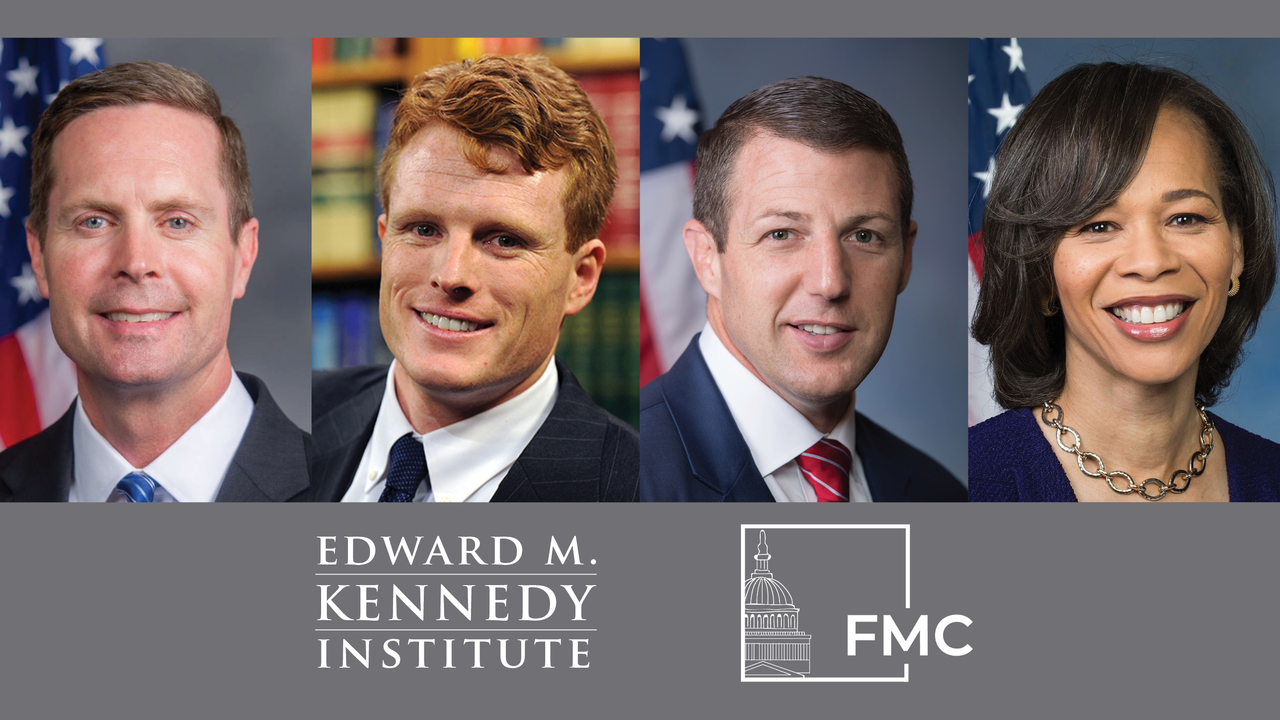 On Monday, December 17, the Kennedy Institute partnered with the U.S. Association of Former Members of Congress to host a bipartisan panel of current Members for a powerful discussion about how to promote civility in political discourse and forge common ground in Congress.

In a conversation moderated by The Washington Post’s Paul Kane, Congressman Rodney Davis (R-IL-13), Congressman Joe Kennedy III (D-MA-4), Congressman Markwayne Mullin (R-OK-2), and Congresswoman Lisa Blunt Rochester (D-DE-At Large) talked about the impact of the changing balance of power for the 116th Congress, the importance of personal friendships in Washington, and how we must all promote civility, respect, and truth in order to sustain a healthy and productive political dialogue. Members also responded to audience questions about how teachers can best educate students about today’s political climate, the status of bipartisan efforts around immigration and health care, and the change of party power on Capitol Hill. The complete discussion is available for viewing below.

We also invite you to observe the Members’ closing remarks in the last 15 minutes of the program,
which offer an inspirational and moving example of how all Americans, regardless of party or political beliefs, have an important role to play in combating divisive political rhetoric and in planting seeds of progress for future generations.

A portion of comments from each Member’s closing remarks are transcribed below, and available for viewing here.

Congressman Rodney Davis (R-IL-13), referencing the aftermath of the Congressional baseball shooting in 2017: “I hope you leave here today knowing that what we’re saying here is not an act. We truly do like each other. We truly do have the friendships that lead to good legislative successes. And one of the best memories I have is finally getting my phone back that morning and seeing the many friends I had try to text me, or try to call me. And it wasn’t just Republican friends; they were some of my best friends in Congress who happened to be on the other side of the aisle, wondering, ‘How are you doing?’ That’s what Congress is about; tonight is what Congress is about, not what you see in the 24-hour news cycle. Spread the message when you leave here tonight.”

Congressman Markwayne Mullin (R-OK-2): “We need to show more of this; that we can get along, we can agree to disagree, but we are looking for the same goal, and it’s to make this country as best as we can for the generation coming behind us. We might have different opinions on how to get there, which is awesome, but let’s not lose the end goal because it’s in sight. We’re all going to pass the torch at some time.”

Congresswoman Lisa Blunt Rochester (D-DE-At Large): “My sister had done a lot of research on our family and found a voter card during Reconstruction that allowed our great-great-great grandfather to have right to vote. He was a slave in Georgia, and we took that card and we turned it into a scarf. And I carry this with me. The “x” is down there because he couldn’t write his name…and I carry it to remember where we have come from as a country, who we are; native-born sons and daughters of people who traveled on boats, people who came here against their will, but built this country. We the People. We did this. We overcame slavery; we can overcome these times. It’s about legacy, like they said in Hamilton, in the play, ‘legacy is planting seeds in a garden you may never see.’ Ted Kennedy planted seeds, and we see them today. It’s our turn!” 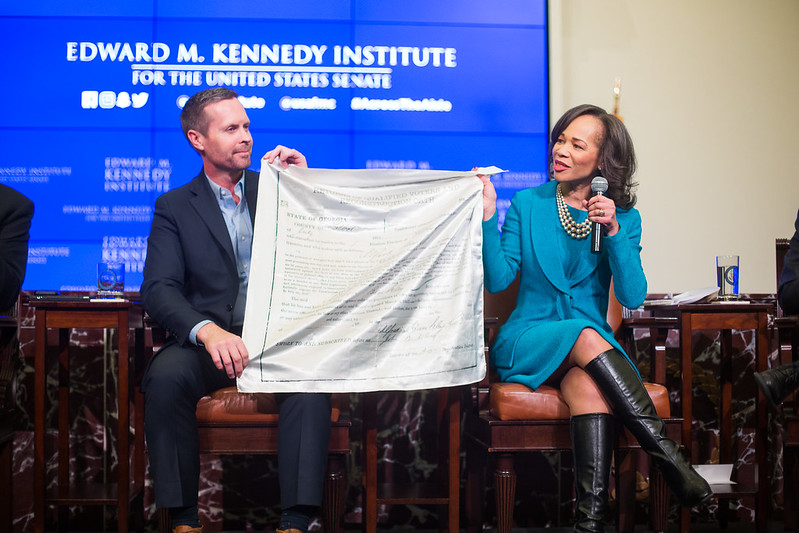