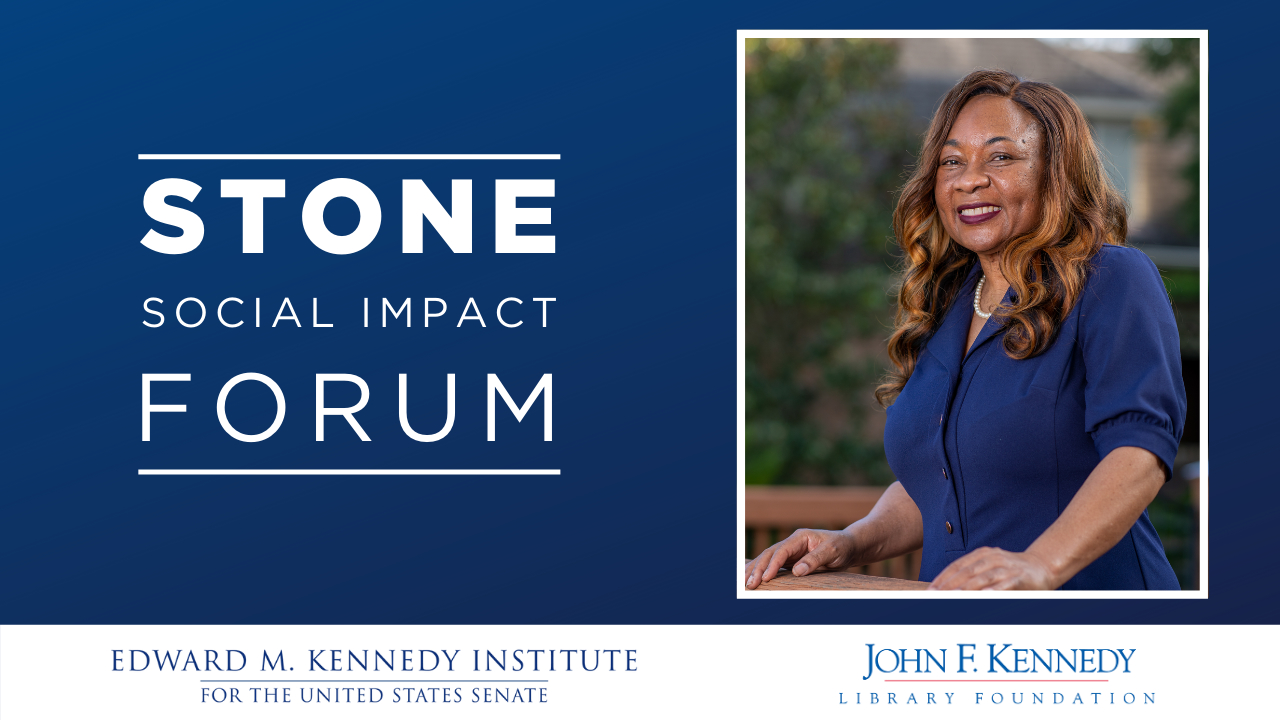 Catherine Coleman Flowers spoke with Jeff Goodell, New York Times best-selling author, contributing editor at Rolling Stone, and a 2020 Guggenheim Fellow known for his writings on energy and environmental issues. The discussion covered a range of issues, including connections between today’s environmental justice movement and the Civil Rights movement, steps young activists can take to get involved in their local community, and how we can create an economic system that provides livable wages to all workers. Flowers emphasized the importance of listening when speaking with those of differing opinions or walks of life, and shared how her religious background has allowed her to overcome her fears and embrace everyone as a brother or sister in the fight against climate change.

The Stone Social Impact Forum is a signature series that features bold civic change agents who demonstrate various pathways to tackle inequality, advance social change, and inspire all people to be civically active. The Forum is a joint initiative of the Edward M. Kennedy Institute for the United States Senate and the John F. Kennedy Library Foundation, made possible through the generous support of the James M. and Cathleen D. Stone Foundation.