Getting to the Point with Congressman Seth Moulton 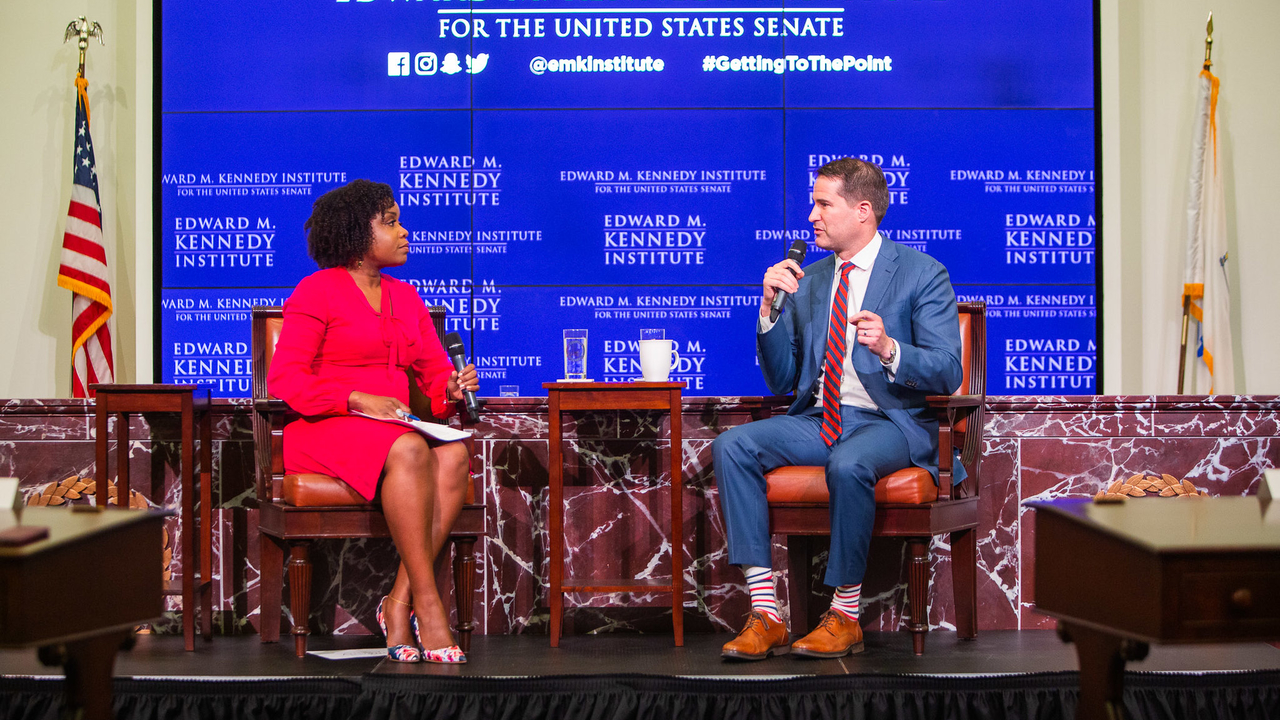 Congressman Seth Moulton (D-MA-6) came to the Kennedy Institute on June 13, 2019, in order to discuss his campaign as a Democratic candidate for president of the United States.

Congressman Moulton shared his vision for a new generation of leadership as a candidate for President, including reclaiming America’s global leadership on issues like climate change, upholding American values at home and abroad, and a recommitment to national service as an opportunity to unite our nation.

Following Congressman Moulton’s remarks, Kimberly Atkins, Senior News Correspondent for WBUR, moderated a wide-ranging discussion that covered Congressman Moulton’s experience in the military, his openness about mental health and treating it as basic health care, and the state of the Democratic Party and the democratic field of candidates running for President. Congressman Moulton also addressed a number of issues and questions posed by the audience, including national security, election meddling, funding for reproductive health care, criminal justice reform, drug policy, and abolishing the electoral college.

A portion of Congressman Moulton’s remarks at the program is excerpted below, and you can watch the full conversation via this link .

“I think that’s the kind of leadership we need for the next President of the United States. Someone who can inspire Americans to believe in this country enough that they’re willing to serve it to make it better. Because that’s what service is all about. Service isn’t about standing up to fight for your country when it’s easy, it’s standing up to fight for it when it’s hard, when our values are under assault. That’s what patriotism is all about, not hugging the flag, but fighting every day to make sure that the flag stands for something.”

Congressman Moulton’s appearance is part of a series of Kennedy Institute events focused on the 2020 election cycle. Additional conversations will be listed via the Institute’s list of upcoming programs and additional past conversations can be found here . 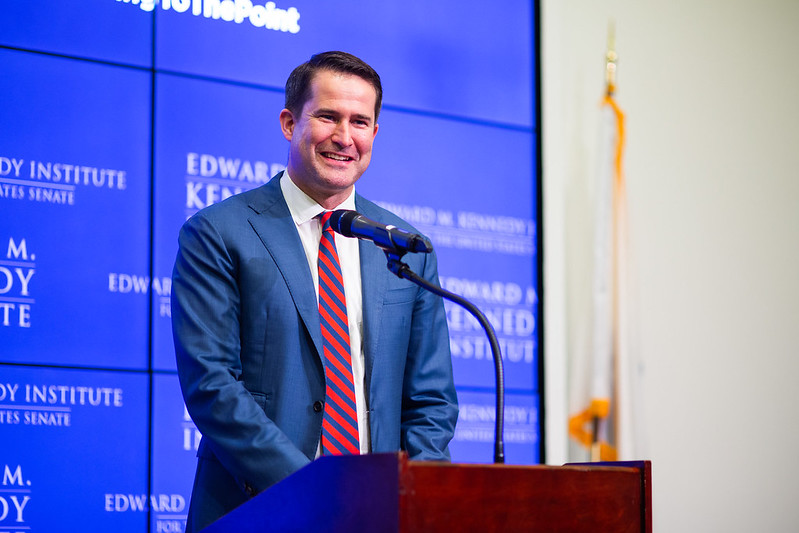