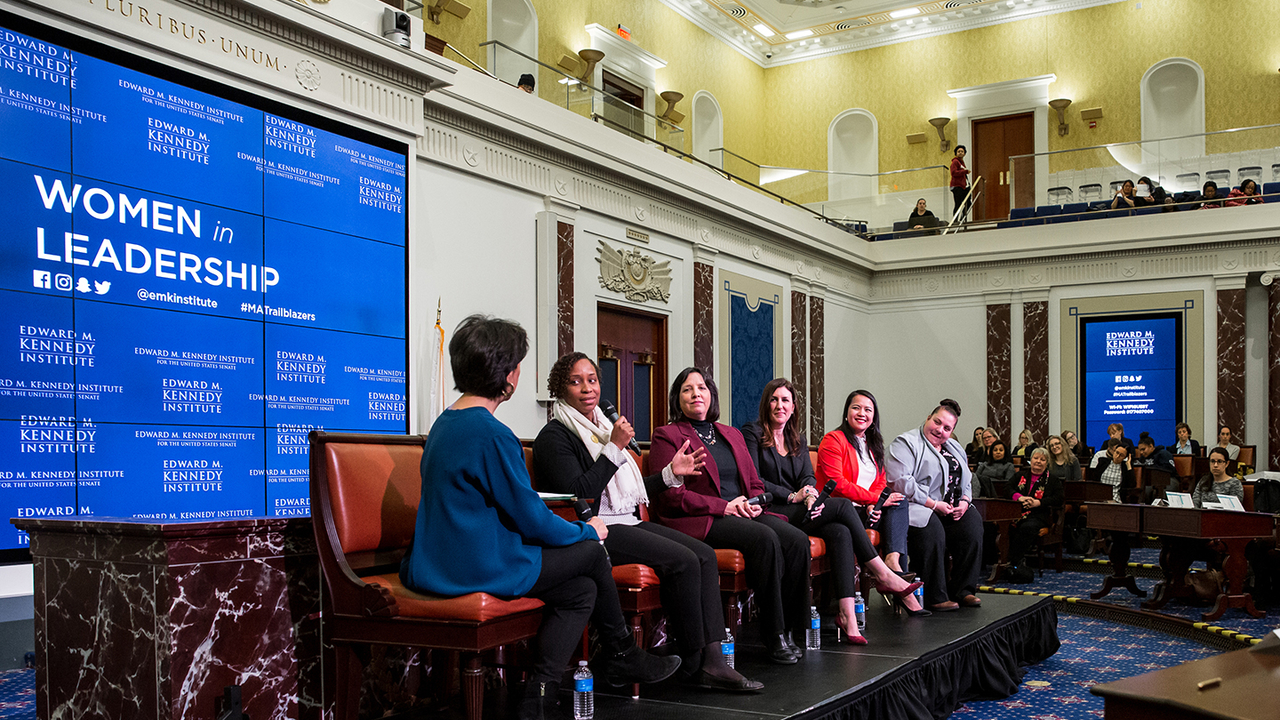 On March 19, the Institute hosted its third Women in Leadership program, “Massachusetts Trailblazers”, featuring five women serving the Commonwealth who are creating change in their communities and are inspiring examples of civic leadership. Moderated by Janet Wu, Anchor of On the Record and Political Reporter at WCVB, the conversation featured:

These political leaders shared their personal stories of why they chose to run for office and how they are creating change now that they are elected. The conversation underscored the importance of authentic leadership, the inherent value of including diverse perspectives, and pulling up chairs for others to have a seat at the table. Audience members asked questions about practical tips for first-time candidates and opportunities for young women to be civically active. A portion of each of these leaders inspiring words are included below, and we invite you to watch the full conversation. You can also explore photos from the event here.

Boston City Council President Andrea Campbell: “Not all women are a monolith, we’re not all the same… we each come with unique experiences and backgrounds and passions for the work that are different and we work to support each other.”

Salem Mayor Kim Driscoll: “Being a leader means exhibiting [decision-making] skills and it really doesn’t matter whether you’re in heels or flats making those decisions.”

State Representative Hannah Kane: “I grew up in Maine and when I was born in 1971, Margaret Chase Smith was the senator. She was the first woman to serve in both the U.S. House of Representatives and in the U.S. Senate, and it never once in my life occurred to me that that wasn’t something you can do if you wanted to do it.”

State Representative Tram Nguyen: “There is value in diversity in and of itself. New voices, fresh perspectives, different backgrounds make for richer conversations and more innovative solutions.” 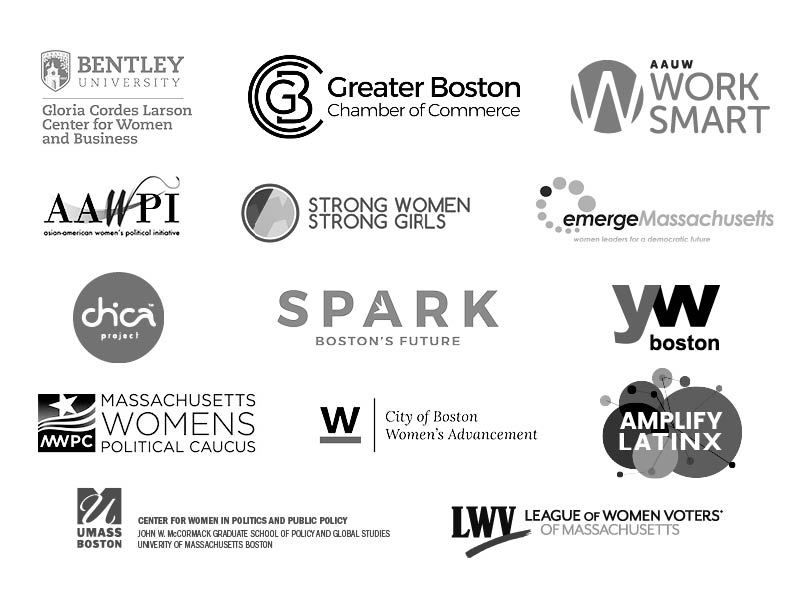 See some of the tweets the Institute shared during the program on our tagboard.

This program was part of the Kennedy Institute’s Women in Leadership initiative, which convenes women from political and civic life to demonstrate the importance of women’s political participation and representation and highlight the diverse pathways to civic leadership. Programming includes inspiring speakers, workshops, and community partnerships. To learn more about the Kennedy Institute’s Women in Leadership programming, please contact Claire Cooper, Director of Community Engagement, at programs@emkinstitute.org. 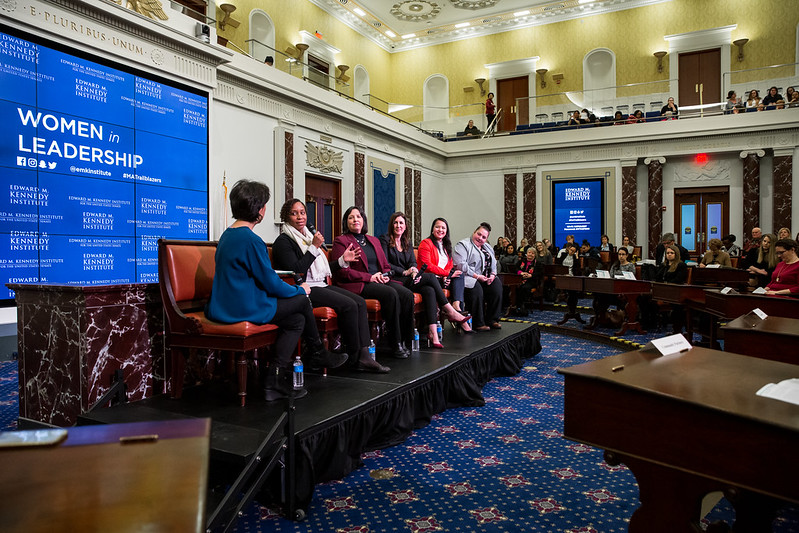