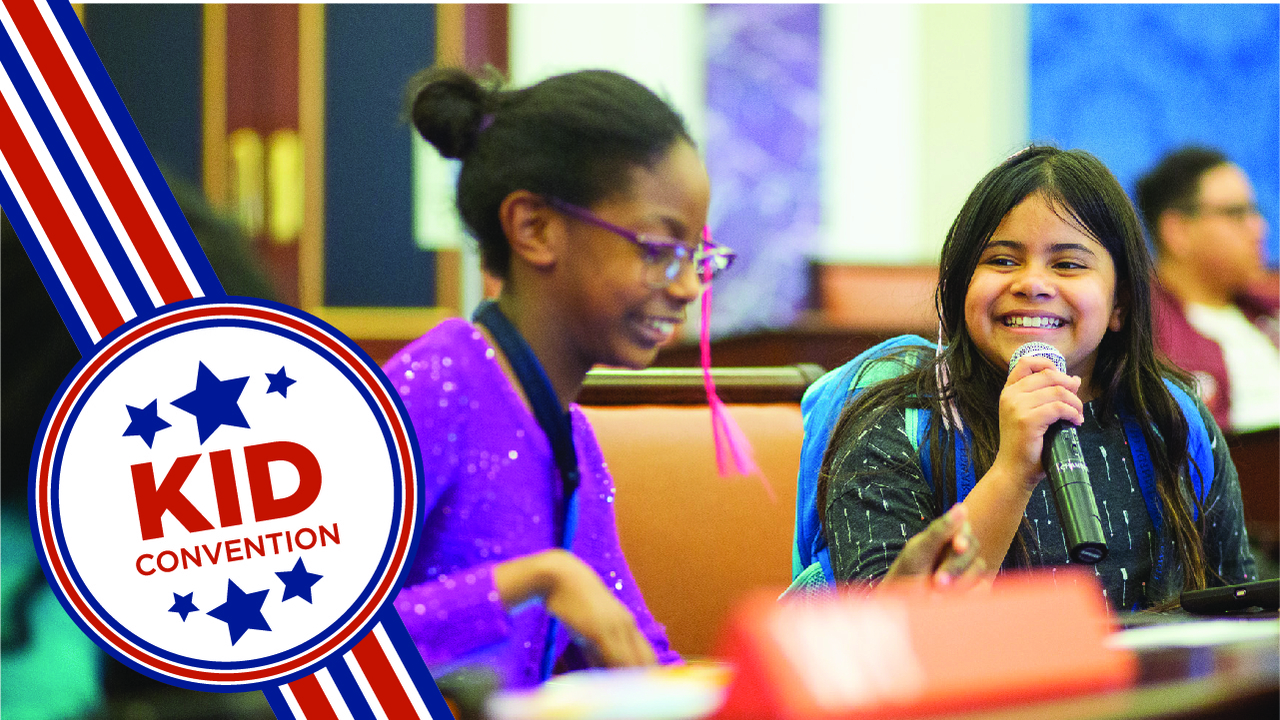 Children and families were invited to join the Institute for Kid Convention 2018, a day of fun and engaging hands-on activities to educate youngsters about the legislative process, their government, and the importance of making their voices heard. Below are some of the highlights from this year’s event.

• The Polls are Open. While kids may not be able to vote in this year’s midterm elections, they were able to cast their ballots in the Institute’s polling station.

• Be a candidate! Be an advocate! All Kid Convention participants were invited to create a campaign button to announce their run for office or to support an issue they care about.

• What Makes A Good Leader? In this interactive game held in the Institute’s Senate Chamber, kids worked together to discuss the qualities of a good leader, identify important topics, and see their ideas come to life. Actors became the candidates that the kids envisioned and discussed the issues suggested for debate.

• “If they don’t give you a seat at the table, bring a folding chair.” All visitors were able to take in the new “A Seat at the Table” exhibit and explore the career of U.S. Congresswoman Shirley Chisholm and the importance of representation in our democracy. On the day of Kid Convention, all attendees were invited to participate in the Institute’s ongoing collaborative art initiative The Seat at the Table Project, too.

• Do I Have A Right? Kid Convention welcomed iCivics. iCivics offers free and fun online games used by more than 5 million students around the country to learn about how our political systems work. Because iCivics knows civic life exists beyond school, it has launched the Democracy At Play civic challenge for families. At Kid Convention, children played Do I Have A Right? and took on the role of a lawyer who specializes in constitutional law. 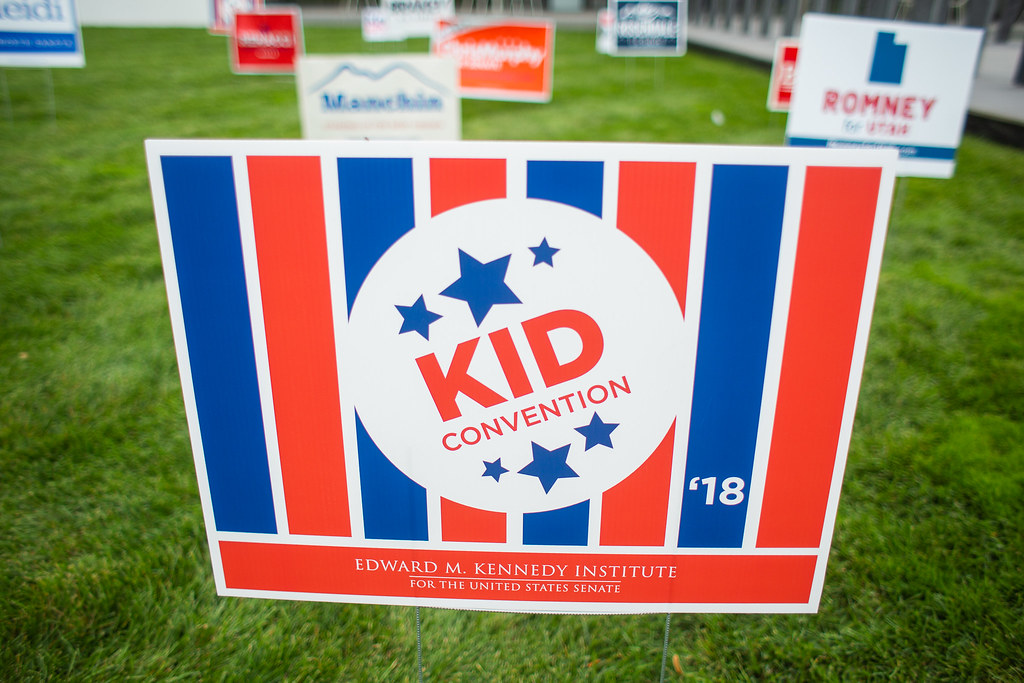