Getting to the Point with Supreme Court Justice Stephen Breyer 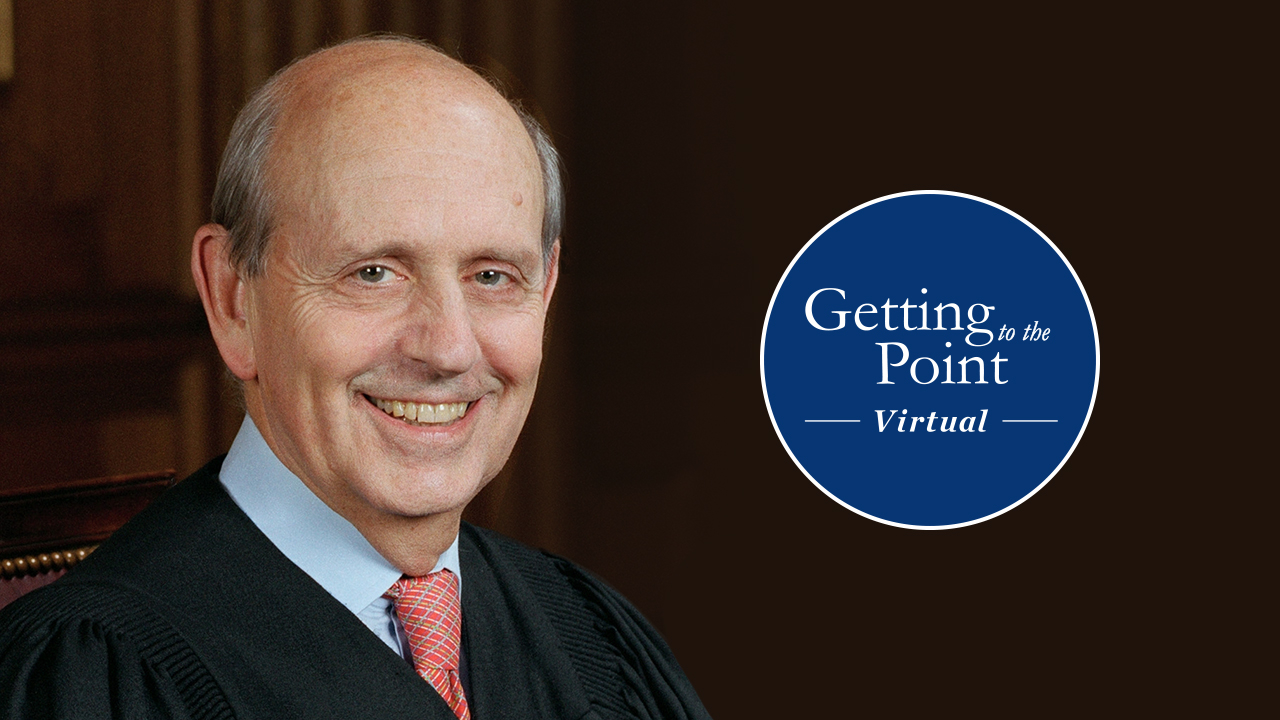 On Thursday, October 8, 2020, Associate Justice of the Supreme Court of the United States Stephen Breyer joined the Kennedy Institute for a virtual Getting to the Point discussion. The timely conversation took place three weeks after the passing of his colleague, Associate Justice Ruth Bader Ginsburg, and two weeks into the nomination process to fill her seat on the Supreme Court.

Justice Breyer spoke with Ari Melber, MSNBC Chief Legal Correspondent and host of “The Beat with Ari Melber,” about a range of topics, such as the Supreme Court nomination process, judicial independence, and the Supreme Court’s approach to precedence. Justice Breyer began the conversation by sharing personal memories of his friendship with the late Justice Ginsburg. As the conversation evolved to the subject of the judicial nomination process, Justice Breyer stated that Justices refrain from commenting on nominees because the Court must remain separate from partisan politics. He also provided insight into the Supreme Court’s practices and dispelled the myth that decisions largely fall on perceived partisan lines. Justice Breyer also encouraged the audience to vote, and become civically engaged both locally and nationally.

A Primer on the Appointment Process for Supreme Court Nominees