Getting to the Point with John Brennan 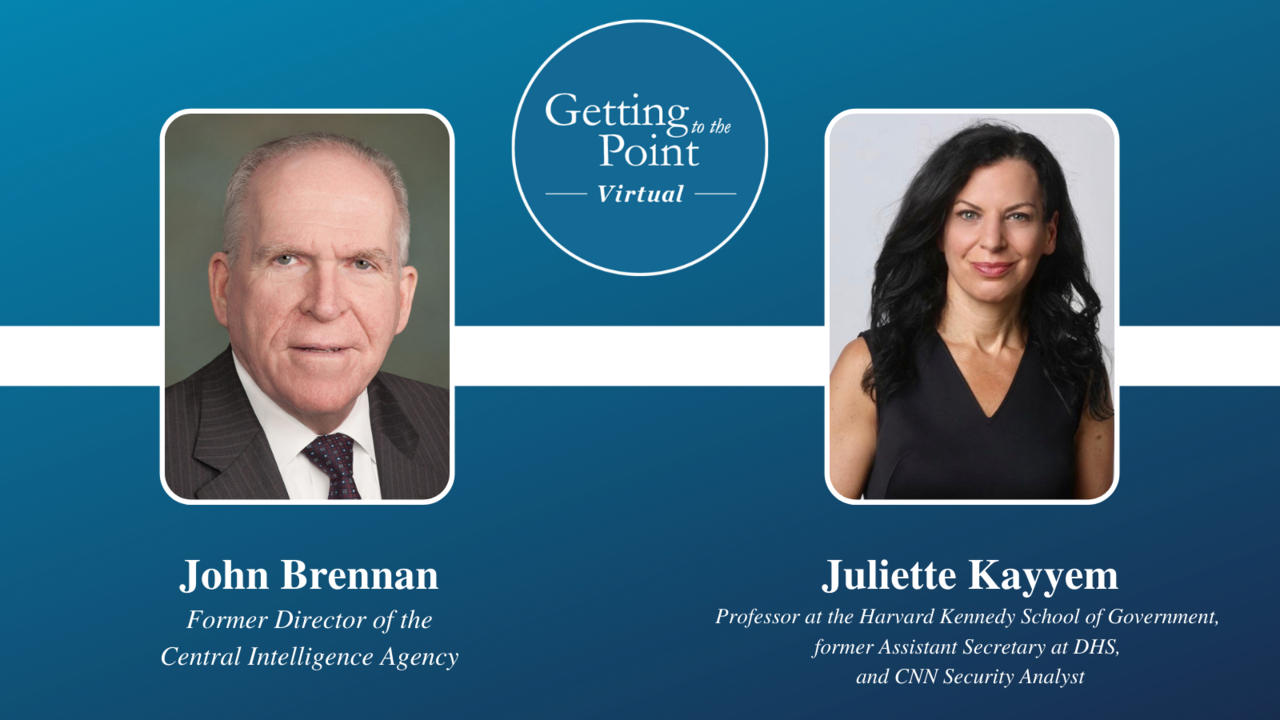 On Tuesday, May 18, the Edward M. Kennedy Institute for the United States Senate hosted a virtual conversation with John O. Brennan, former director of the Central Intelligence Agency (CIA) and senior intelligence and national security analyst for NBC and MSNBC, as part of the Kennedy Institute’s Getting To The Point program series. Mr. Brennan spoke with Juliette Kayyem, Professor at the Harvard Kennedy School of Government, former Assistant Secretary at DHS, and CNN Security Analyst, on a range of topics including Russian interference in the 2016 presidential election, the growing threat of white nationalism and domestic terrorism in the United States, and the January 6th insurrection in the U.S. Capitol.

On the topic of Russian interference in the 2016 presidential election, Brennan remembered, “The CIA community knows that Russia tries interfere in elections – they’ve been trying to do it for many years with traditional propaganda … But unlike in previous years, we felt as though this was much more comprehensive, intense, and focused; and it was really trying to sway the election in favor of one of the candidates … This was a very intense effort on the part of the Russians. It was authorized by Vladimir Putin to interfere in the election as a way to hurt Hillary Clinton [and] to help Donald Trump.”

Similarly, when discussing the growing threat of white nationalism and domestic terrorism in the United States, Brennan understood the dangers of misinformation sowing distrust and polarization: “Unfortunately, there has been this growth, particularly in right wing extremism and white militias, in terms of vigilantism that they are going to try to take matters into their own hands. And I think, unfortunately they have been fueled by a lot of the rhetoric that is coming out of politicians who know better but are trying to gather support for their own political agendas.”

Mr. Brennan is the author of the New York Times bestseller, “Undaunted: My Fight Against America’s Enemies at Home and Abroad,” and is a Distinguished Fellow at the Center on National Security at Fordham Law School and a Distinguished Scholar at the University of Texas at Austin.

“I felt as though I had an obligation to share some of my experiences with the American public,” said Brennan when asked what he hopes readers will take away from his book. “Most of them never have an opportunity to serve inside of the government, and so give them some insight into what it really is all about. So by writing this memoir, I was hoping to not only enlighten people about what it’s like to serve in the testimony, but also to encourage young Americans to seriously consider a career in terms of giving back to this country of ours.”

Those interested in Mr. Brennan’s book can learn more and purchase a copy here.