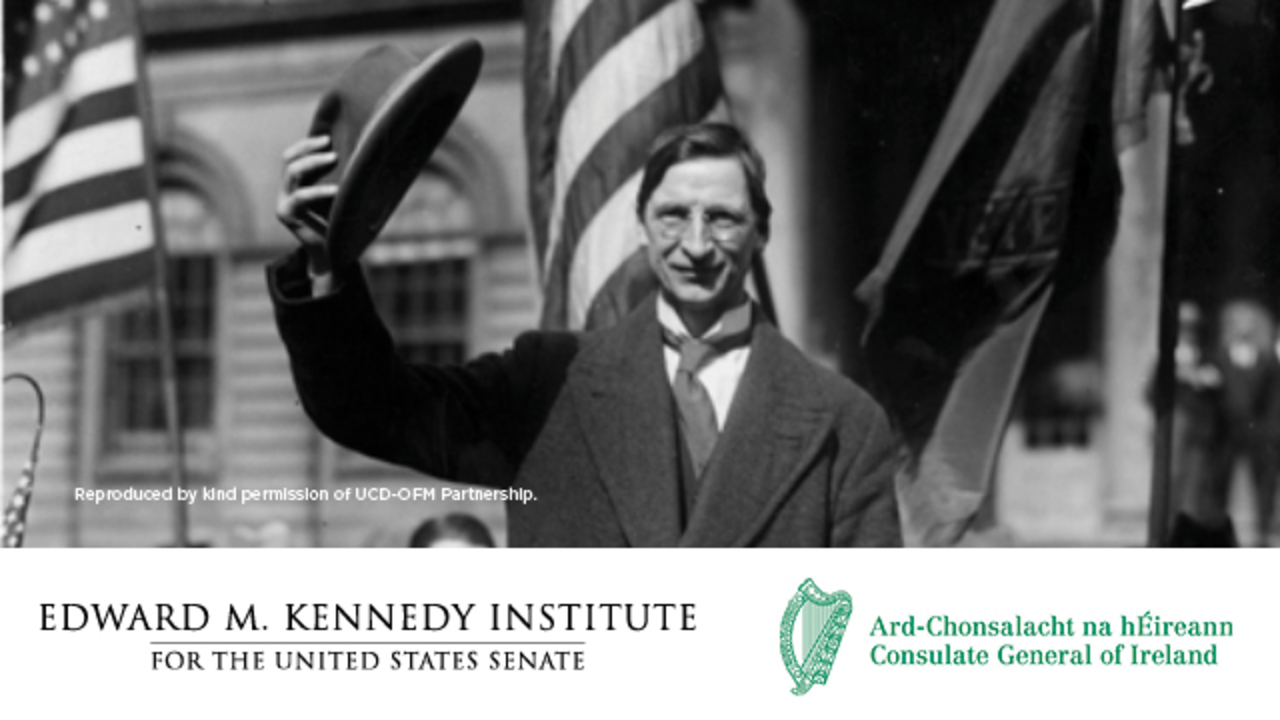 On June 29, 1919, Eamon de Valera, future Taoiseach and future President of Ireland, addressed a crowd of 50,000 people at Fenway Park to make his case for Irish independence, marking an inflection point in the relationship between the United States and Ireland. In recognition of this anniversary, the Irish Consulate of Boston and the Kennedy Institute hosted leaders, historians and expert commentators to reflect on the significance of de Valera’s visit to Boston in 1919, and the evolution of relations between Ireland and the U.S. in the 20th century to the relationship and politics today.

This program featured a keynote by noted de Valera biographer, RTE journalist David McCullagh, who shared the history of de Valera’s visit to Fenway Park in 1919 and reflected on his career as a rebel to a statesman. Following the keynote, a panel moderated by Kevin Cullen of The Boston Globe discussed the significance of de Valera’s visit and the evolution of relations between the U.S. and Ireland from the 20th century to today. Panelists included: 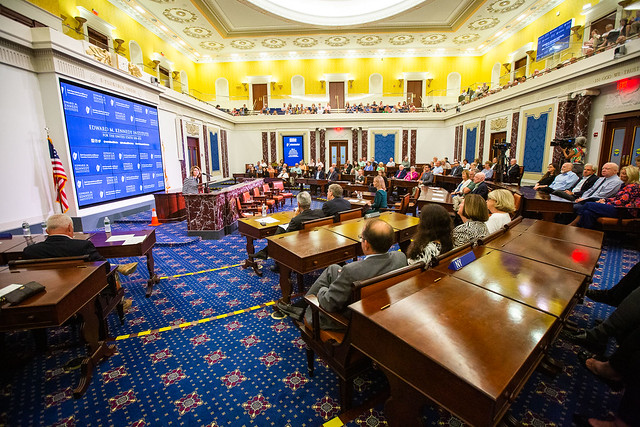