Getting to the Point on Democracy with David Litt 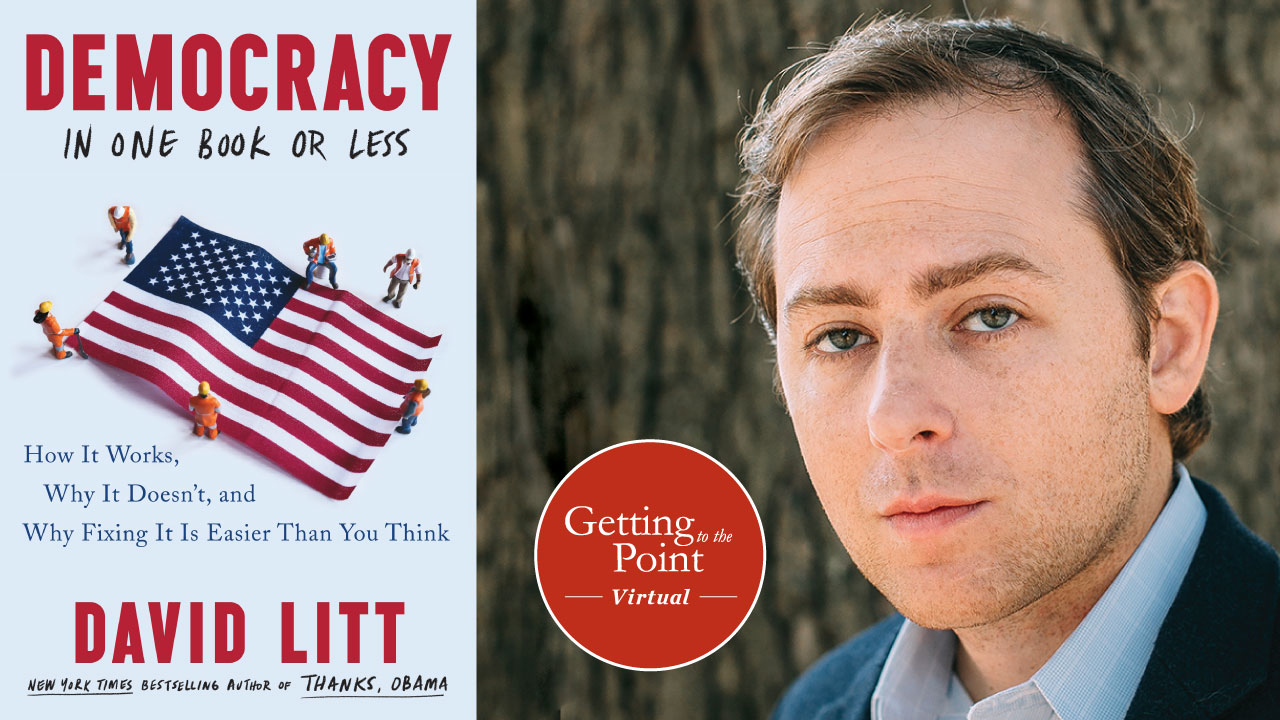 David Litt, former senior presidential speechwriter and special assistant to President Barack Obama, joined the Kennedy Institute and Stephanie Murray, author of the POLITICO Massachusetts Playbook, for a discussion on his new book, “Democracy in One Book or Less: How It Works, Why It Doesn’t, and Why Fixing It Is Easier Than You Think.” This thought-provoking book traces how our democracy has changed over time, where it went awry, and why there is an urgent need to fix politics before it’s too late.

David worked at the White House from 2011 to 2016 and, in addition to writing remarks for President Obama on a wide range of domestic policy issues, he served as the lead joke writer for several White House Correspondents’ Dinner monologues.

David’s New York Times bestselling memoir, “Thanks, Obama: My Hopey Changey White House Years,” was published in 2017. David served as the head writer/producer for Funny Or Die D.C. through the 2018 midterm elections, and in addition to his new book, he is currently developing a TV show based on his life in Washington, D.C.