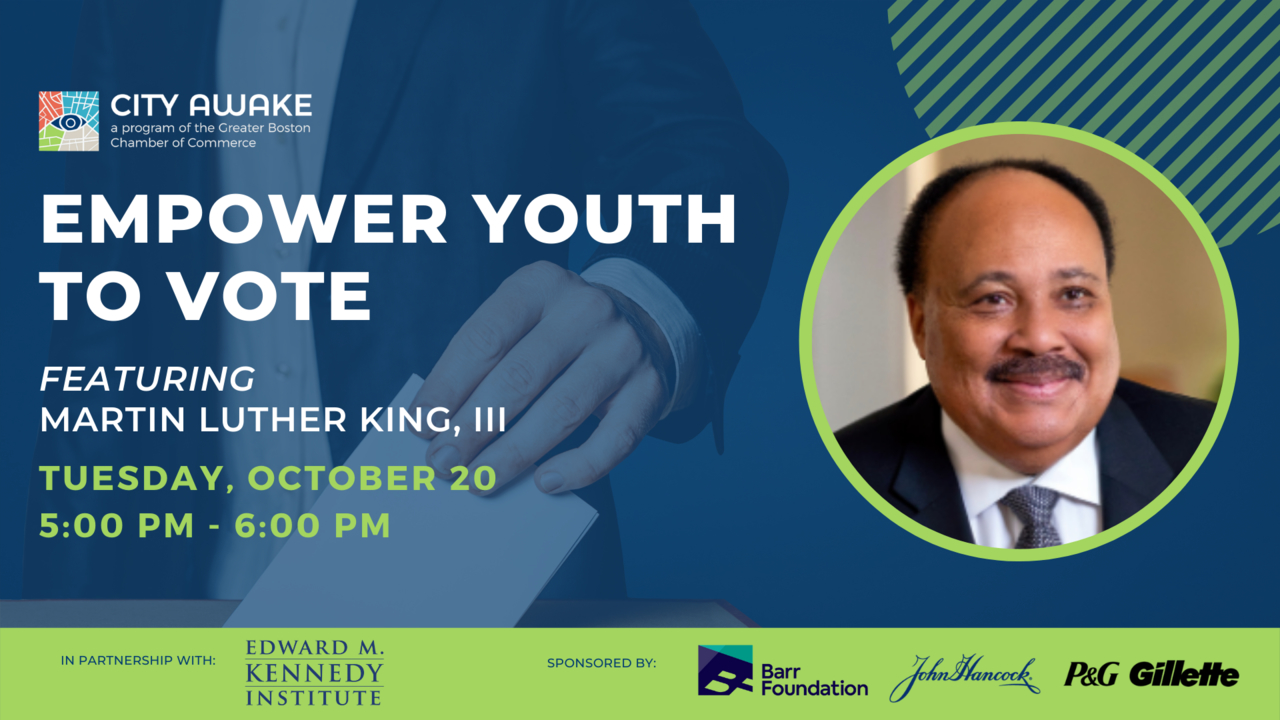 Mr. King discussed the importance of engaging young people in the political process and encouraged young adults to run for office. Mr. King stressed the necessity of voting in elections for all levels of government, not just the federal government. He highlighted the impact that elected officials at the local and county levels have on funding community services, creating housing policy, and overseeing policing. Mr. King shared his hopes that the Black Lives Matter, gun violence prevention, and climate activism movements have led many young people to become more civically active. He advocated for increasing civic education and stressing the importance of voting. Mr. King also called for reducing barriers to voting such as long lines at the polls and decreasing confusion surrounding the vote by mail.

Mr. King also shared his vision for creating a non-violent society. He advocated for implementing anti-bias, anti-racism, and diversity training in schools. Curriculums that include these topics help build the foundation for a more empathetic and cohesive society. Mr. King reminded the audience that language can be violent and that this has increased in recent years. Government officials and the public can counter rhetorical violence by speaking respectfully to their colleagues across the aisle, and by highlighting bipartisan cooperation instead of emphasizing political differences.