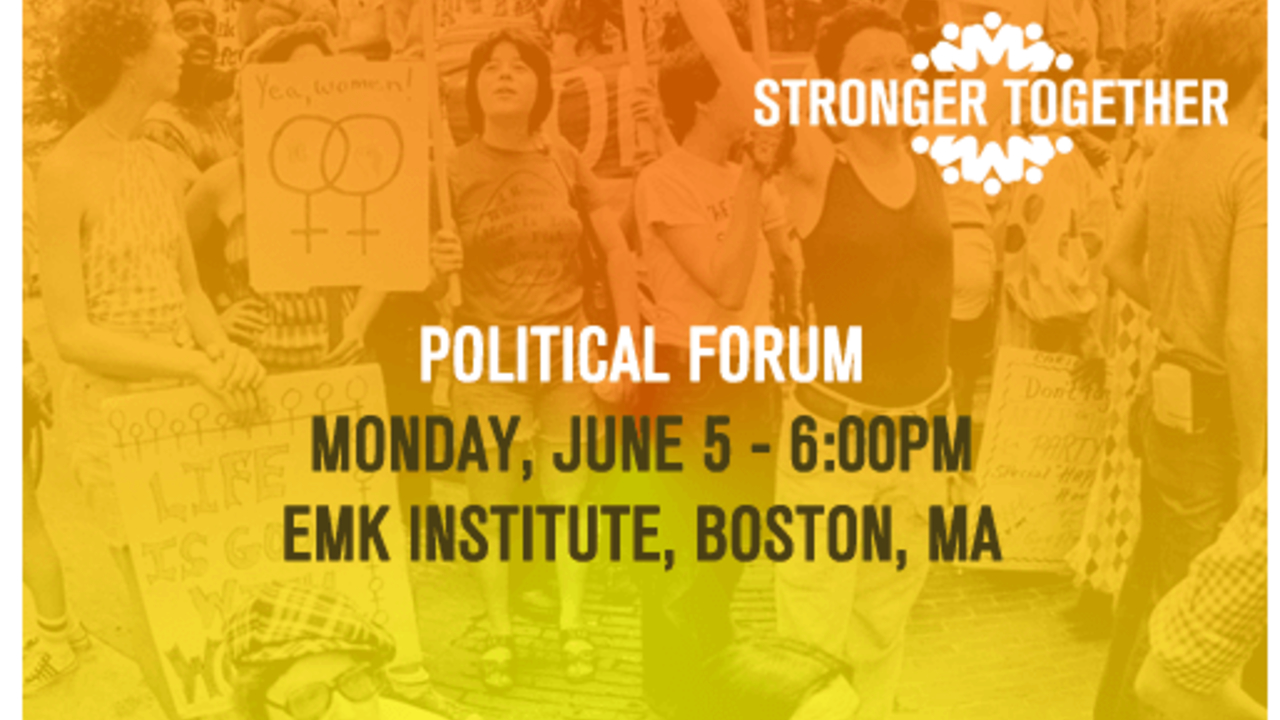 As part of Boston Pride’s activities during Pride Week, Boston Pride annually holds a political forum focused on human rights and education of the LGBTQ community. The 2017 forum focused on advocacy and activism within the LGBTQ community in the wake of the 2016 presidential election. The theme of the 2017 Boston Pride Parade and Festival was “Stronger Together,” which was nominated and selected by the community in Boston. Boston Pride partnered with the Edward M. Kennedy Institute for the United States Senate for this forum, which was held at the Institute.

Panelists included current and former elected officials as well as long-time LGBT activists to discuss the meaning of “stronger together” in terms of advocacy and activism within the community and strategies for moving the community forward. The event was moderated by Alison King of NECN and NBC Boston.