Across the Aisle: New Faces of Congress 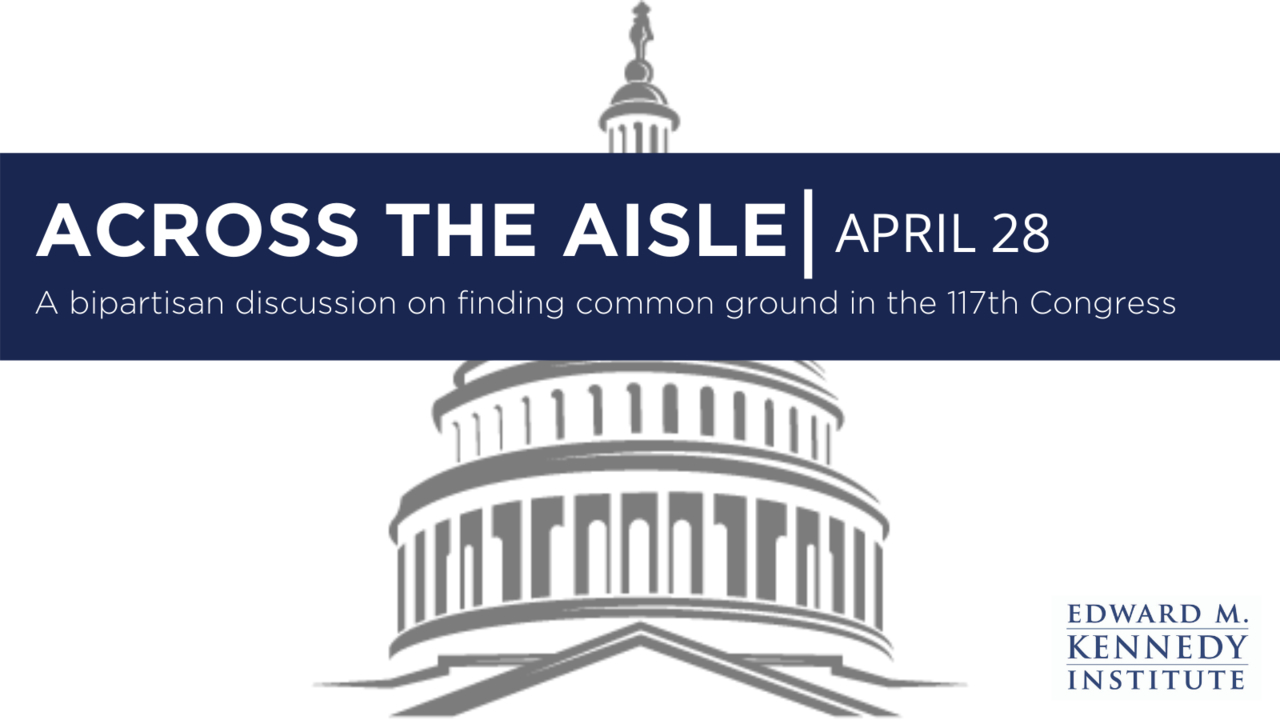 On Wednesday, April 28, 2021, the Edward M. Kennedy Institute for the United States Senate hosted a bipartisan panel featuring new Members of Congress to discuss the current state of affairs in Washington as well as opportunities for finding common ground and forging collaboration in the 117th Congress. Senator Cynthia Lummis (R-WY), Senator John Hickenlooper (D-CO), and Congressman Jake Auchincloss (D-MA-04 joined the conversation, moderated by Lisa Desjardins, U.S. Capitol correspondent for PBS NewsHour, about the challenges and opportunities they face as newly elected officials, their early aspirations for their time in office, and what roles they can play to ensure Congress can work together to move America forward.

Throughout the conversations, themes of optimism and public service were echoed from all the newly elected officials. “I’m really optimistic, going forward,” said Senator Lummis. “I think that everybody is in the mood to work together now … if we can start on some subjects now … the low hanging fruit … we can make a lot of progress.” Senator Hickenlooper described “appetite to come together” and broached the subject of nationwide broadband access as an area where both sides hope to find common ground: “We might have a few skirmishes about the details, but making sure that broadband gets to every farm and every branch and every corner of our cities … that’s something that I think both parties can agree on.”

When asked what he wants his children to take away from his time in Congress, Representative Jake Auchincloss spoke of trying to insight political optimism from the next generation: “I want to bestow on them a government, a planet, a society healthier, more fair, more prosperous than what I was given … I grew up fundamentally optimistic about American politics … and I want my I want my kids to feel that way, too.”

When asked to define the term “servant leader” during partisan times, both Senator Lummis and Senator Hickenlooper spoke of the role they play for their constituents as well as their position on Capitol Hill: “I feel like a servant when on in Wyoming and then when I’m in Washington, the leader hat comes on,” said Senator Lummis. Senator Hickenlooper made the comparison to running a restaurant to ensure the needs of both workers and customers are met: “If you’re running a restaurant, your first priority is to serve the people you work with: all your employees, Hickenlooper said. “If you serve them with your heart and your soul, then they will serve the customers.”

Across the Aisle programs are dedicated to convening bipartisan conversations. The Kennedy Institute brings together leaders from different political parties to discuss current areas of common cause. Through moderated discussions in Boston and Washington, D.C., senators, members of Congress, governors, mayors, and leaders with diverse perspectives highlight the issues and problems they are working on together to solve through common-ground solutions.