A Seat at the Table: Digital Exhibit 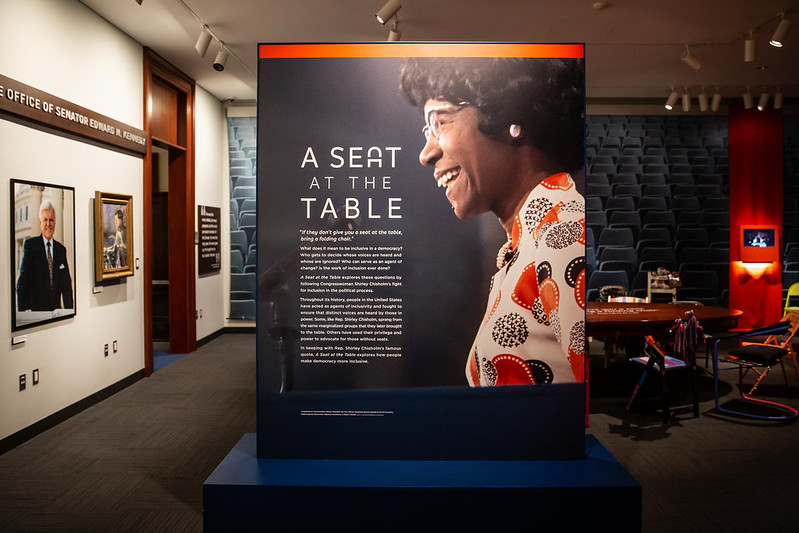 “If they don’t give you a seat at the table, bring a folding chair.” –– Shirley Chisholm

“A Seat at the Table” exhibit is inspired by Congresswoman Shirley Chisholm’s words and work toward creating a more inclusive democracy. The first phase of the exhibit opened in October 2018 and is made possible with the generous support of the Fund II Foundation.

In 1968, Shirley Chisholm became the first black woman elected to Congress. Four years later, she became the first black woman candidate to run for the presidential nomination of a major party and the first woman to seek the Democratic Party’s nomination. The exhibit shares how Congresswoman Chisholm stepped up, claimed her seat at the table of public discourse, and made a difference by representing a wide range of people and issues.

This exhibit features chairs created by community groups and individuals during Institute-hosted workshops at schools, community organizations, libraries, and social justice offices. The chair-makers creatively show their thoughts on identity, values, and the social issues that need to be addressed at inclusive tables of power. The exhibit features audio recordings of the chair-makers’ visions about their art, and a feedback area where visitors can contribute their own thoughts about representation and access to spaces of power.

The newest phase of “A Seat at the Table” opened on June 12, 2019. The exhibit has evolved to include twenty artist-created chairs representing the stories of both historic and contemporary trailblazers who found their own seats at the table. 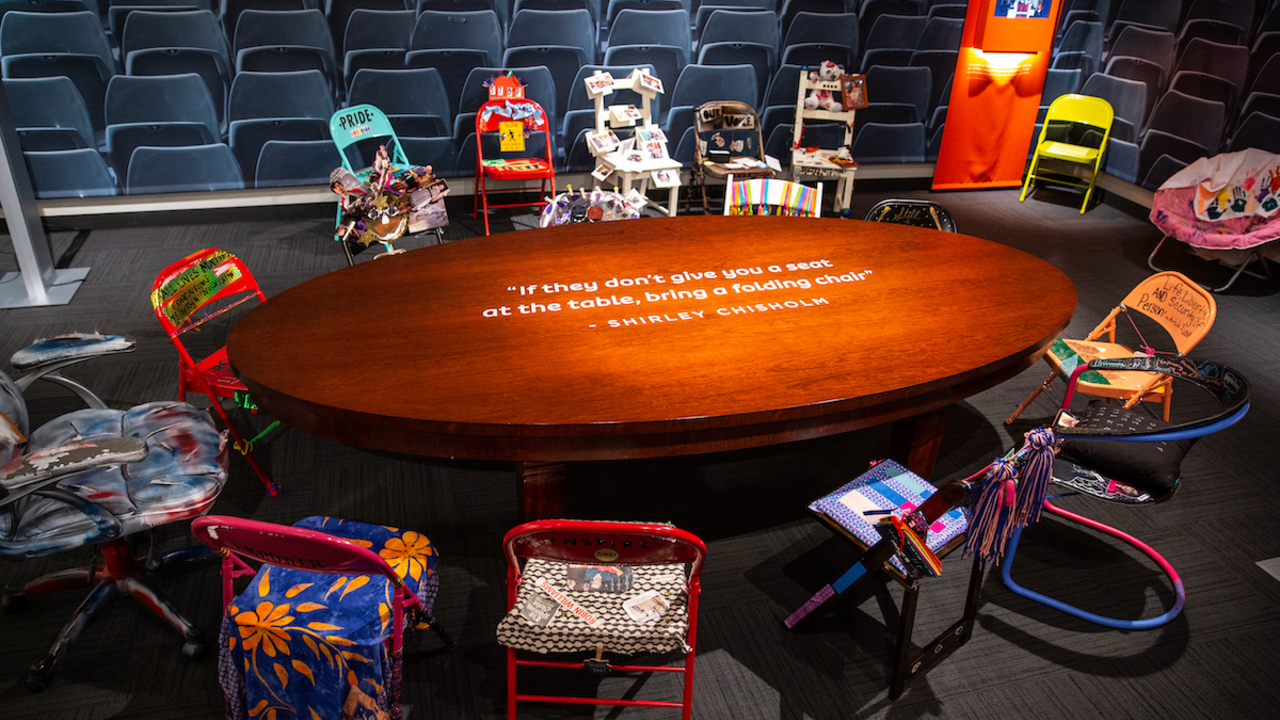