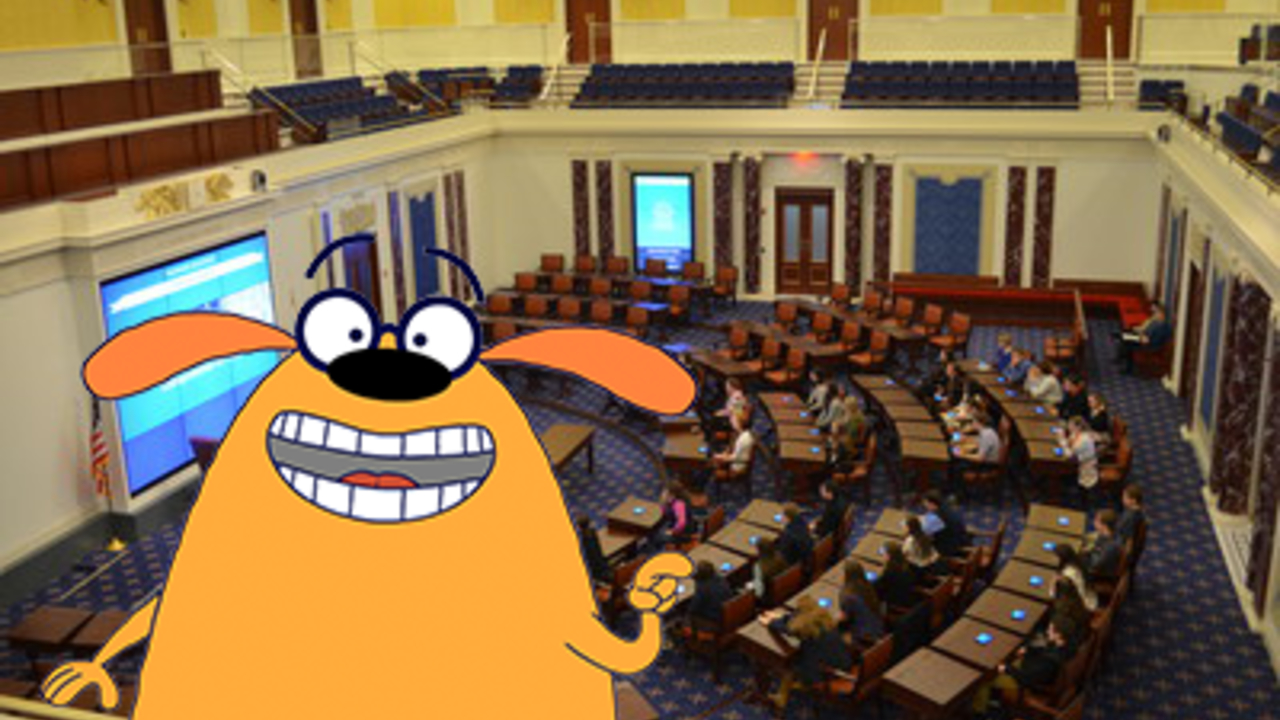 It’s never too early to get involved! The live Future Senator with Ruff Ruffman! program introduces the Kennedy Institute’s 5 through 11 year-old visitors to the legislative process. Inside our full-scale Senate Chamber, young “Future Senators” are introduced to an issue relevant to kids: whether the US government should require a longer school day. Featuring a segment from PBS’s Fetch! with Ruff Ruffman, the program includes “experts” on the issue for kids to interview and time for a spirited debate about what the “Future Senators” have learned. The program concludes with a culminating voice vote in the Senate Chamber, like real senators do.