On December 2nd, we were proud to present the Edward M. Kennedy Award for Inspired Leadership to two deserving leaders, Stéphane Bancel, Chief Executive Officer of Moderna and Albert Bourla DVM, PhD, Chairman and Chief Executive Officer of Pfizer.
Like Senator Kennedy, our honorees model exemplary leadership, inspiring others to action, and making a difference through service to the community.
The Award presentation took place in the Institute’s replica Senate Chamber for a virtual audience and included a dynamic fireside chat led by NBC News’ Kristen Welker.
Special thanks to Co-Founder Ambassador Victoria Reggie Kennedy,
Board Chair Bruce Percelay and Annual Dinner Chair Anne Finucane for their
poignant remarks. 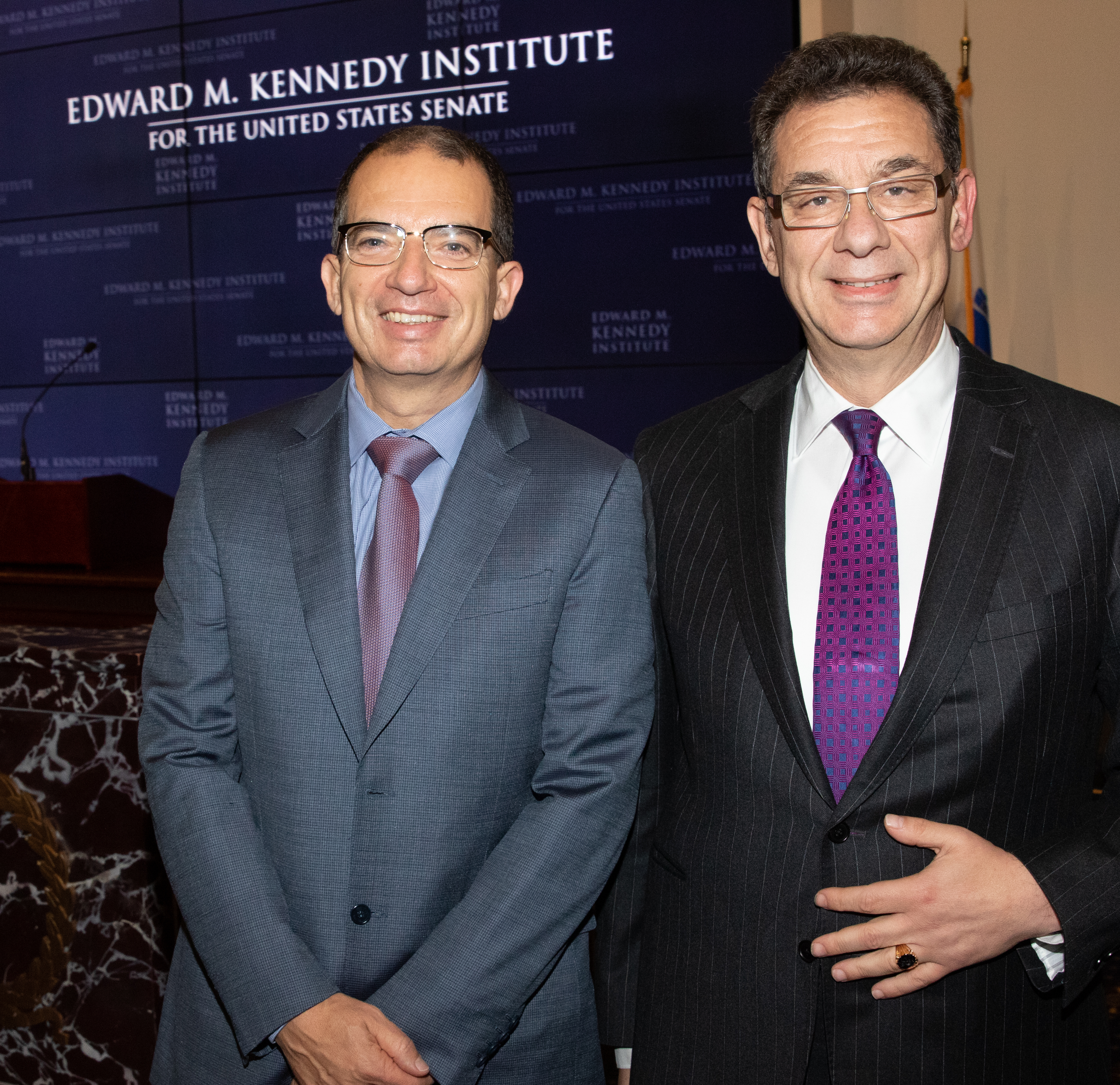 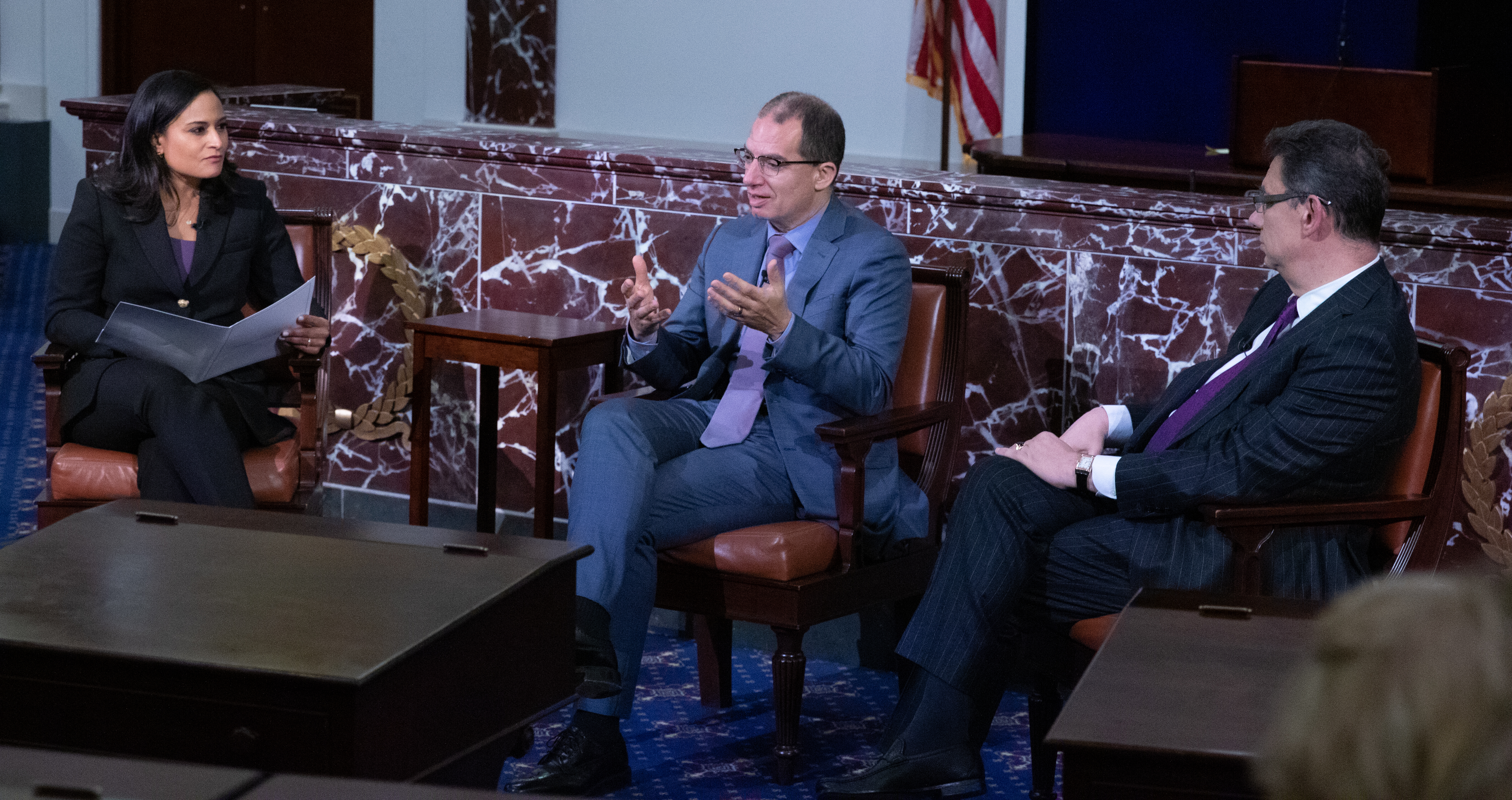 The Edward M. Kennedy Institute is grateful for the support of our sponsors, ticket purchasers, and donors. Thank you for supporting our mission of educating the public about the important role of the Senate in our government, encouraging participatory democracy, invigorating civil discourse, and inspiring the next generation of citizens and leaders to engage in the civic life of their communities.

The Edward M. Kennedy Institute Award for Inspired Leadership
“What counts in our leadership is not the length of years in Washington, but the reach of our vision, the strength of our beliefs, and that rare quality of mind and spirit that can call forth the best in our country and the best in the world.” -Senator Edward M. Kennedy

The Inspired Leadership Award was created to recognize an individual or individuals who reflects the best leadership qualities of Senator Edward M. Kennedy himself, an exemplary leader who made a difference throughout his life and career by service to his country and community and inspired others to be civically engaged. The award recognizes an individual who reflects the distinct qualities of the legacy of Senator Kennedy.