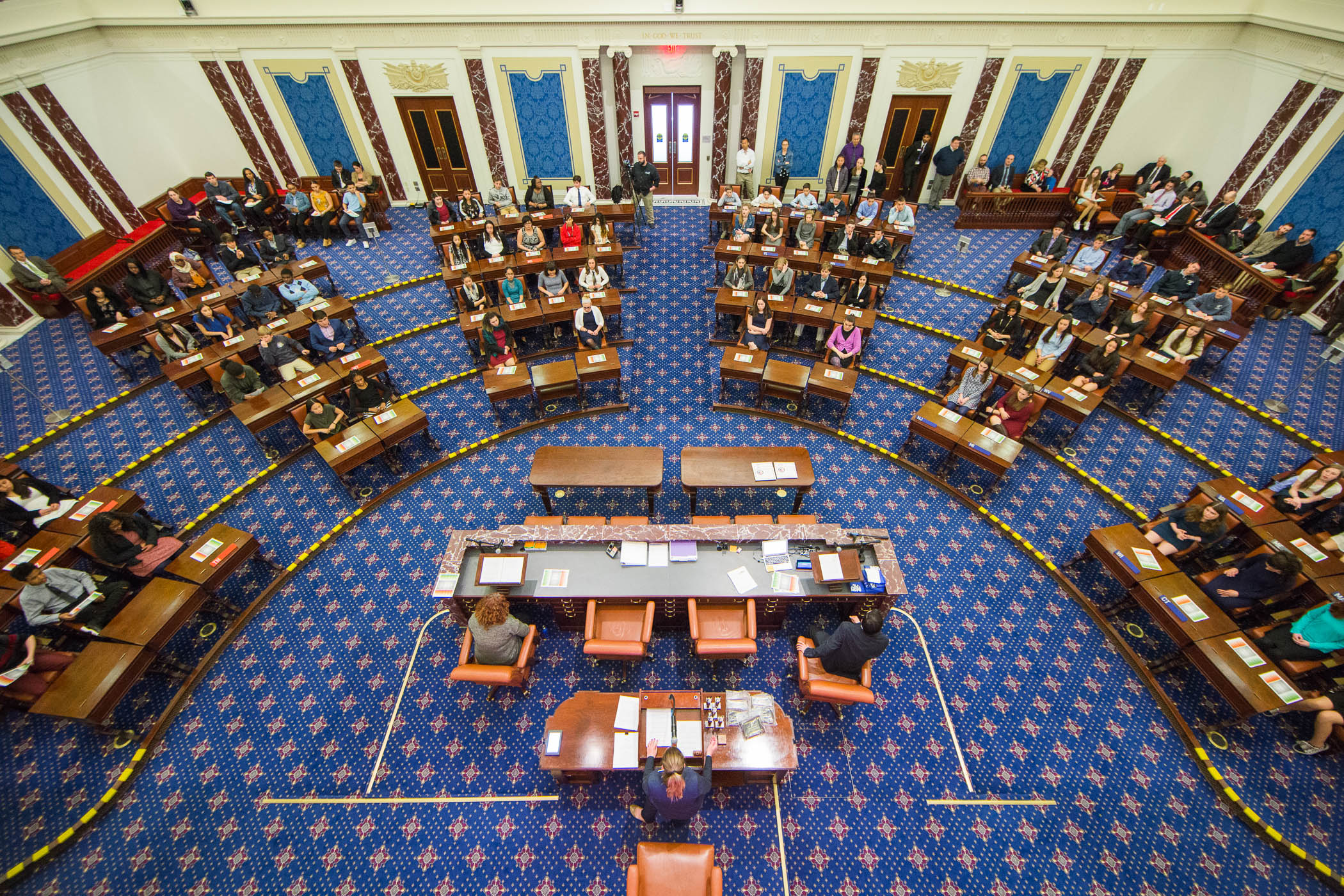 BOSTON – On Monday, April 9, more than 100 students from four Massachusetts middle schools participated in the first-ever We the People Middle School civic education showcase at the Edward M. Kennedy Institute for the United States Senate. Students spent the morning in mock trials where they shared what they have learned from detailed study of the U.S. Constitution. The program is organized by the Massachusetts Center for Civic Education (MACCE), a 501c3 nonprofit dedicated to promoting civic education in our communities and schools.

“Now more than ever, we need to prioritize civic education,” said Roger Desrosiers, president of the MACCE. “This showcase is a wonderful opportunity to provide a hands-on and practical application of these students’ studies. Congratulations to Williston Northampton School and their showcase attendees on a job well done.”

During Monday’s showcase participants presented arguments on the historical foundations of the Constitution, and the conversations that have arisen since its creation. In front of a panel of judges made up of teachers, community leaders, program alumni, and other volunteers, students tackled questions that addressed the philosophical underpinnings and citizen responsibilities of the Constitution.

“The students who took part in yesterday’s showcase were inspiring,” said Mary K. Grant, president of the Edward M. Kennedy Institute. “Their commitment to learning and their enthusiasm for tackling the important questions facing our Constitution and our nation gives me hope for the next generation of leaders and the future of our democracy. I am encouraged by their tenacity and grateful for their dedicated teachers who are true partners in promoting civic education.”

One student from each school was awarded with the Cincinnatus Award, an award meant for a participant who best exemplifies the virtues of Cincinnatus, a Roman statesman known for his selfless leadership, in serving as the most concerned for the common good of the class.

In January of this year, as part of the Institute’s partnership with the MACCE, high school students came to the Institute to participate in a statewide We the People competition, the culmination of a nationally acclaimed, curriculum-based civic education program that helps students understand the history, philosophies, and evolution of constitutional government. Through the Institute’s partnership with MACCE, the Institute will also serve as a venue for professional development workshops for educators and adult learning opportunities focused on the United States government.

Edward M. Kennedy Institute Partners with Stands With Immigrants Project to Highlight the Critical Role Immigrants Play in our Society