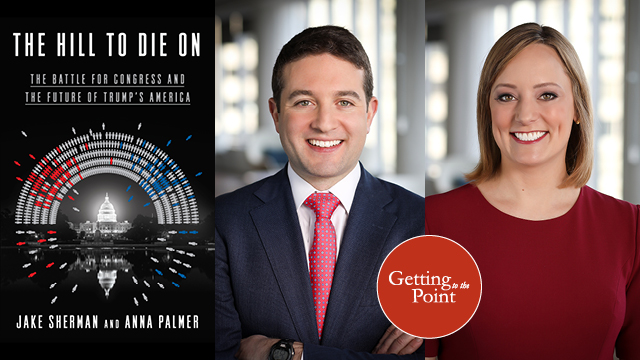 BOSTON - On Tuesday, May 14, the Edward M. Kennedy Institute for the United States Senate will host Jake Sherman and Anna Palmer, coauthors of the Politico Playbook newsletter, for a discussion of their inside account of President Trump’s first two years in the White House as viewed from Capitol Hill. From negotiations with congressional leaders over the government shutdown to the Supreme Court confirmation hearings, “The Hill to Die On” offers an inside look at the defining moments and power struggles that have roiled Congress under the Trump Administration.

WHAT:
Conversation with Politico Playbook coauthors Jake Sherman and Anna Palmer about defining moments on Capitol Hill since 2017.

About the Edward M. Kennedy Institute

The Edward M. Kennedy Institute for the United States Senate is a nonprofit organization in Boston envisioned by the late Senator Ted Kennedy; it is dedicated to educating the public about the important role of the Senate in government, encouraging civic participation, and invigorating civil discourse. Through exhibits, interactive educational offerings, and topical programs, the Institute engages students and visitors in a conversation about the critical role each person plays in our democracy and in our society. Learn more via emkinstitute.org.