Edward M. Kennedy Institute Partners with Stands With Immigrants Project to Highlight the Critical Role Immigrants Play in our Society

Through May 31, the Institute will dedicate a digital exhibit space to showcase the Stands with Immigrants photography initiative 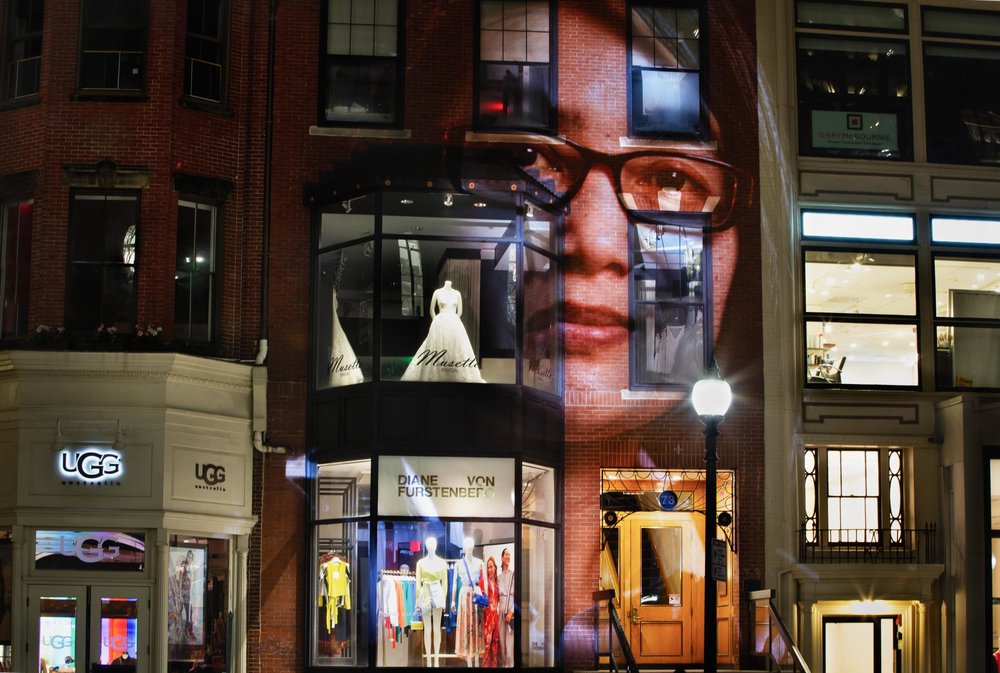 BOSTON – The Edward M. Kennedy Institute is host to a new digital display from Boston #StandsWithImmigrants, a photography initiative that projects large-format portraits of Boston immigrants upon public spaces and landmarks throughout the city in order to highlight the critical role that immigrants play in our society. The installation at the Institute marks the first time that all eighteen of the project’s images will be on display in one location.

Work on Boston #StandsWithImmigrants began in the summer of 2017 as a thoughtful response to the intensifying climate of fear and exclusion of our nation’s immigrants. “We are honored to serve as a partner in such an important project,” said Mary K. Grant, president of the Edward M. Kennedy Institute. “The Institute is a place where people of all ages have the opportunity to think about and discuss the critical issues of the day. Stands with Immigrants offers a compelling and intimate view of immigration in our country.”

Through portraits taken across the city, Boston #StandsWithImmigrants provides the opportunity for viewers to learn about the varied stories and backgrounds that are part of a diverse community. Among the project’s subjects are former Massachusetts state senator Linda Dorcena Forry, Red Sox Hall of Famer David Ortiz, and several other individuals from throughout the city of Boston who are physicians, artists, scientists, entrepreneurs, and more. All of the images in the exhibition are photographs of actual projections, captured on camera by Boston photographer Erik Jacobs without digital manipulation. More about each of the subjects can be found at standswithimmigrants.org.

“After months of photographing and editing, we are excited that these portraits will be displayed and shared with the world at the Edward M. Kennedy Institute,” said Stands With Immigrants project manager Chris Antonowich. “It is truly fitting that the installation is being hosted by the Institute since its namesake spent his entire career fighting for a fairer immigration policy in the United States.”

In addition to the digital display of portraits, the Institute will host a storytelling program “#StandsWithImmigrants: The Stories Behind the Faces,” at 6 p.m. on Thursday, May 3. Subjects in the project will share their personal immigration stories in a moderated conversation that includes audience Q&A with Cheryl Hamilton of the International Institute of New England. Artist and photographer Erik Jacobs will also appear in the program. Additional details are available via emkinstitute.org/programs.

About Stands with Immigrants

Historic Number of Women Running for Office to be Discussed at April 30 Edward M. Kennedy Institute Women in Leadership Conference