Statement of the Edward M. Kennedy Institute for the United States Senate on the retirement of Associate Supreme Court Justice Stephen Breyer

The Edward M. Kennedy Institute for the United States Senate extends our heartfelt thanks to Associate Supreme Court Justice Stephen Breyer for his almost 28 years of distinguished service on the Supreme Court of the United States. Justice Breyer’s 87-9 confirmation vote by the Senate in 1994 featured widespread bipartisan support, preceded by his unanimous endorsement by the 18-member Judiciary Committee. Justice Breyer was hailed for his intellectual abilities, moderate judicial approach, and potential as a consensus-builder; all of which came to fruition during his time serving in the country’s highest court. 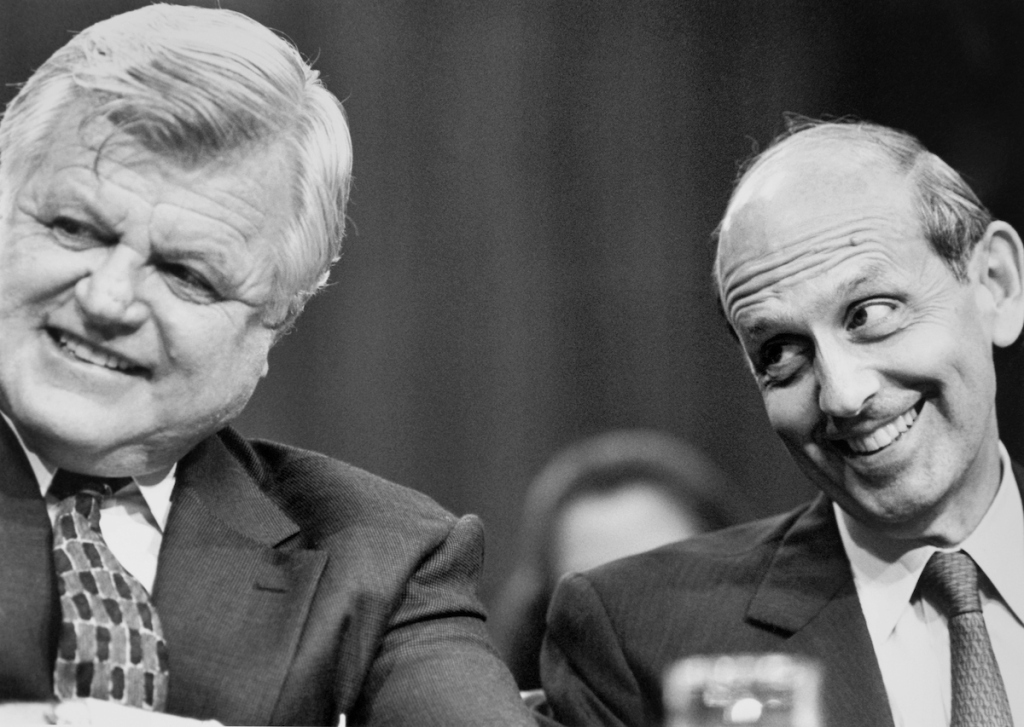 As Justice Breyer announces his retirement, the Kennedy Institute notes his long and close relationship with Senator Ted Kennedy, who first called upon Stephen Breyer in 1974 for expert advice for the Administrative Practices and Procedures subcommittee of the Judiciary, and then called upon him to serve as special counsel for the Senate Judiciary Committee. Breyer then was nominated to the federal bench by President Carter in 1980, where he served until his nomination and confirmation to the Supreme Court in 1994 by President Bill Clinton. Upon the Justice’s confirmation, Senator Kennedy said: “Justice Breyer is extraordinarily well-qualified to serve on the nation’s highest court. He has demonstrated an outstanding intellect, unquestioned integrity and temperament, and a deep and abiding commitment to the Constitution and the rule of law.” Senator Kennedy spoke more about his support for Justice Breyer’s nomination in his 2007 Oral History.

In October 2020, Associate Justice Stephen Breyer joined the Edward M. Kennedy Institute for the U.S. Senate for a virtual Getting to the Point program, where he discussed the topics of judicial nominations, the importance of judicial independence from partisan politics, and his personal and professional memories of his friendship with the late Justice Ginsberg. Justice Breyer encouraged the audience to vote and become more civically engaged both locally and nationally.

Justice Breyer administered the oath of Victoria Reggie Kennedy during her swearing-in as Ambassador to Austria in 2022. We are also honored to share that the Justice’s daughter, Nell Breyer, was the original Director of Programs when the Kennedy Institute opened in 2015 and had a guiding hand in shaping our Institute’s Senate Immersion Module program and original exhibit content.

Statement of the Edward M. Kennedy Institute for the United States Senate on the passing of Senator Harry Reid

Statement of the Edward M. Kennedy Institute for the United States Senate by Board Chair Bruce A. Percelay on Ukraine