Statement of the Edward M. Kennedy Institute for the United States Senate on the passing of Senator Harry Reid

The Board and staff of the Edward M. Kennedy Institute for the United States Senate are deeply saddened to hear of the passing of Senator Harry Reid, a masterful legislator and party leader who served the people of Nevada in the US Senate from 1987 to 2017.

Senator Reid was known as a tough-as-nails politician who had weathered state politics and four years as chair of Nevada’s gaming commission. Senator Reid’s years in the upper house resulted in numerous legislative victories, perhaps none so impactful as his shepherding the Affordable Care Act through the Senate with his counterpart Nancy Pelosi guiding efforts in the House. This was the largest health care reform to pass through Congress since the advent of Medicare and Medicaid, and it provided the kind of health care access that Reid himself said he wished families such as his own might have had growing up. It was also the issue that Senator Kennedy had fought his entire legislative career to advance. 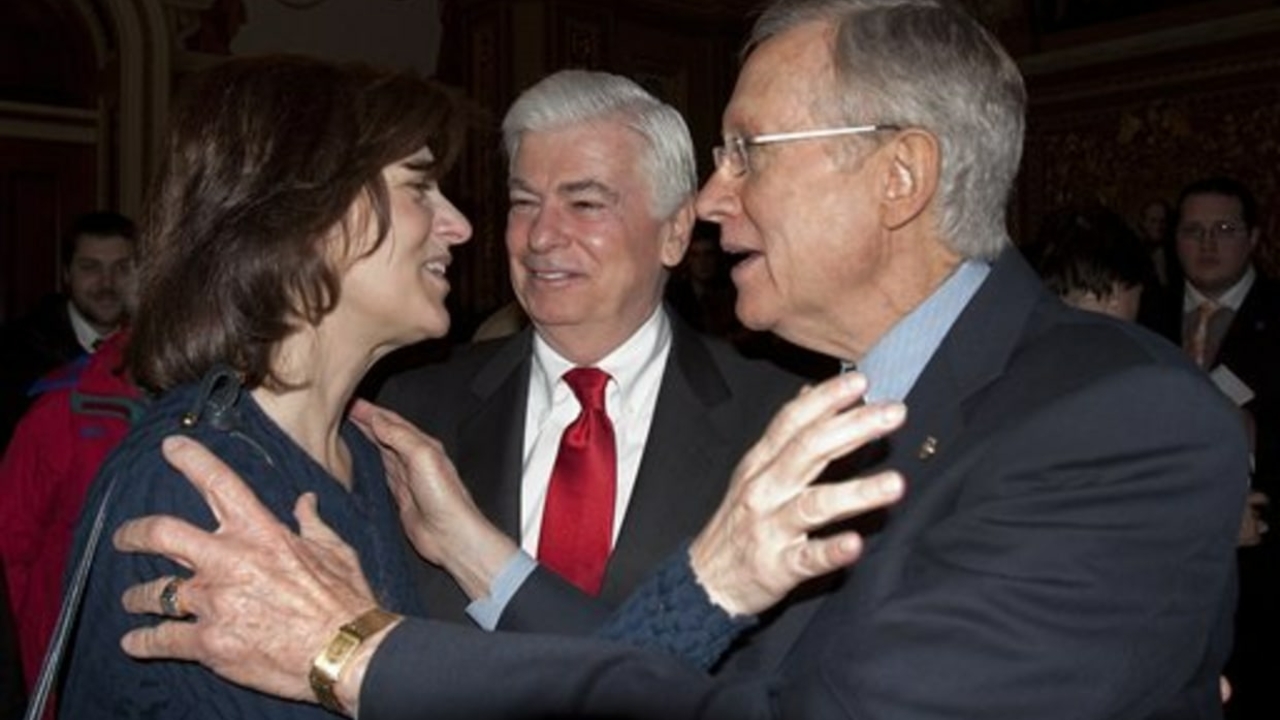 Reid was also one of the “Gang of Eight” senators who, in 2013, passed a comprehensive Immigration Reform bill in the Senate, legislation that reflected many of the changes that Senator Kennedy had worked towards in 2006 and 2007. Harry Reid at the time gave a floor speech remarking that Senator Kennedy is “looking at us proudly and loudly,” (source).

Both Senator Kennedy and Senator Reid were known as skillful legislators and powerful deal-makers and were deeply respected within and outside their Democratic party. “I think Senator Reid often says what we’re all thinking but perhaps are afraid to say,” Senator Ted Kennedy once said (source). Senator Reid was known for speaking his mind, perhaps sometimes in surprising ways. Both he and Senator Kennedy saw the bright potential of then-Senator Barack Obama and encouraged him to run for President.

All of us at the Kennedy Institute extend our deepest condolences to the Reid family and wish them solace during this difficult time.

Please note that Harry Reid did provide a contribution to the EMK Oral History Project, but the contents are not yet released to the public.

Statement of the Edward M. Kennedy Institute for the United States Senate on the passing of Senator Johnny Isakson

Statement of the Edward M. Kennedy Institute for the United States Senate on the retirement of Associate Supreme Court Justice Stephen Breyer