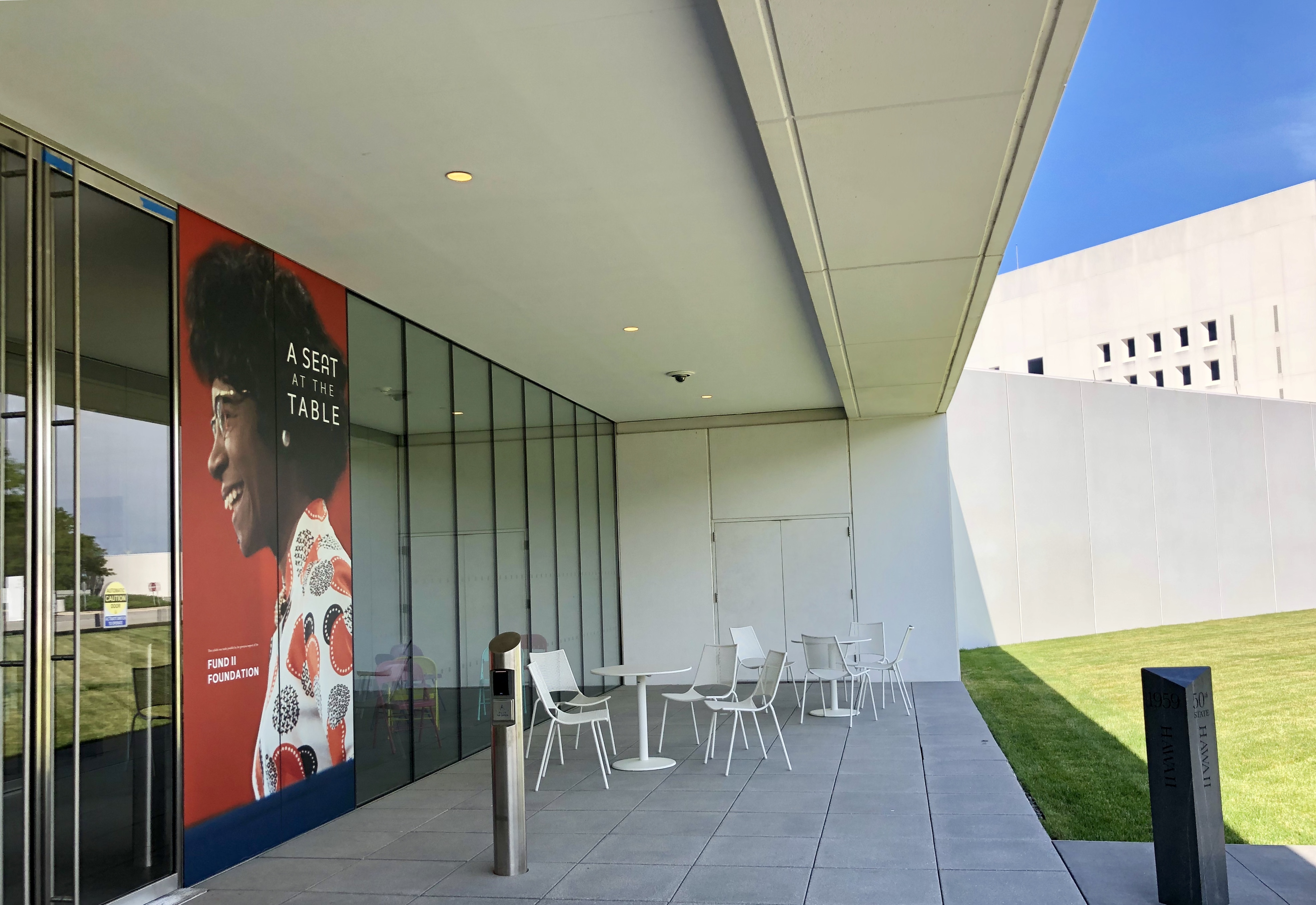 BOSTON – Today, the Edward M. Kennedy Institute for the United States Senate opened a new phase of the exhibit A Seat at the Table, featuring a collection of 20 designed chairs created by artists from across the country. The chairs highlight the achievements of activists, legislators, and other Americans with contemporary or historic significance. The winning artists, representing seven states – Arizona, California, Massachusetts, New Jersey, New Mexico, New York, and South Carolina – were chosen from a pool of applicants from across the United States. The exhibit, which was made possible with the generous support of the Fund II Foundation, runs through Fall 2019.

After a national call to artists, the following individuals submitted works for consideration and were accepted through a competitive jury panel to create chairs for the “A Seat at the Table” exhibit. The exhibit is inspired by Congresswoman Shirley Chisholm’s lifetime of work and her iconic quote, “If they don’t give you a seat at the table, bring a folding chair.”

Shirley Chisholm was the first black woman elected to Congress in 1968 and the first black candidate to run for the presidential nomination of a majority party. Over the course of her 14 years in Congress, Chisholm was a force for change and a champion of legislation that would improve the quality of life for women, children, people of color, and the poor.

Below is a list of the winning artists and their locations. Their bios and photos are located on the Institute’s website.

“The volume and caliber of submissions to our new exhibit is inspiring; submissions came from accomplished local artists from the Boston area and as far away as Los Angeles,” said Jan Crocker, senior exhibit and content developer at the Edward M. Kennedy Institute. “The artist-designed chairs now on display in ‘A Seat at the Table’ provide a thoughtful snapshot of those who have had a notable impact on democracy and society in the United States.”

The 20 individuals whose lives are being interpreted in the “A Seat at the Table” exhibit are from the past and the present. Each of these trailblazers made a difference in the communities around them through their lives, their work, and their struggles. They include:

“This exhibit has brought together students, activists, historians, politicians, and artists to help share stories of inclusivity, courage, and leadership,” said Mary K. Grant, Ph.D., president of the Edward M. Kennedy Institute. “The chairs representing these trailblazers creatively celebrate their accomplishments and their contribution to the ever-important civic dialogue taking place in the United States today.”

An earlier phase of the exhibit ended on June 6 and featured chairs created by community groups and individuals during Institute-hosted workshops in 2018 and 2019 at schools, community organizations, libraries, and social justice organizations. The community chair-makers expressed thoughts on identity, values, and key social issues that they want addressed at the tables of power through the design and decoration of their chairs. Select photos of the community-designed chairs are available online via the Institute’s Flickr account.

Visitors to the Institute can also experience audio recordings from select artists about the chairs they created, and a feedback area where visitors can contribute their own thoughts about representation and access to spaces of power.