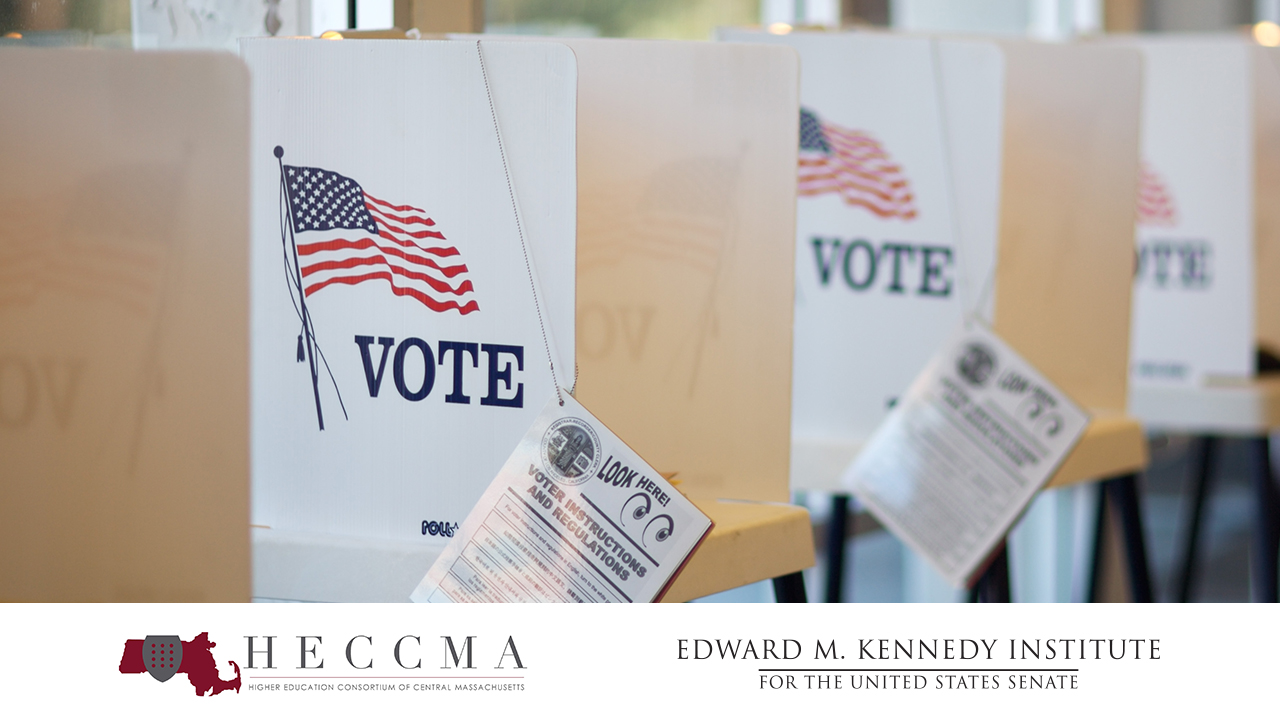 Boston, MA – On Thursday, September 17, at 4:00 p.m., the Edward M. Kennedy Institute for the United States Senate will host a timely discussion in partnership with the Higher Education Consortium of Central Massachusetts for a focus on Massachusetts’s Ballot Question #2 on a Ranked Choice Voting (RCV) approach for electoral ballots. During a Constitution Day forum, the moderated program will cover both sides of the RCV initiative as Commonwealth voters prepare to head to the polls in November to vote on this issue.

In 2016, the Edward M. Kennedy Institute held two informational conversations on ballot questions that year as part of The Citizens’ Choice series, including one on legalization of recreational marijuana and another on a cap for the number of charter schools, which both took place in the Kennedy Institute’s full-scale replica Senate Chamber.

While the Institute’s facility remains closed for the time being, its commitment to civic engagement and civic education is as strong and vibrant as ever. This program marks the Institute’s eleventh interactive online offering which will be available both as a live event and as a recorded resource afterward. Any member of the general public who would like to attend can register here.