Leaders in Business, Education, and Public Policy Join the Kennedy Institute’s Board of Directors 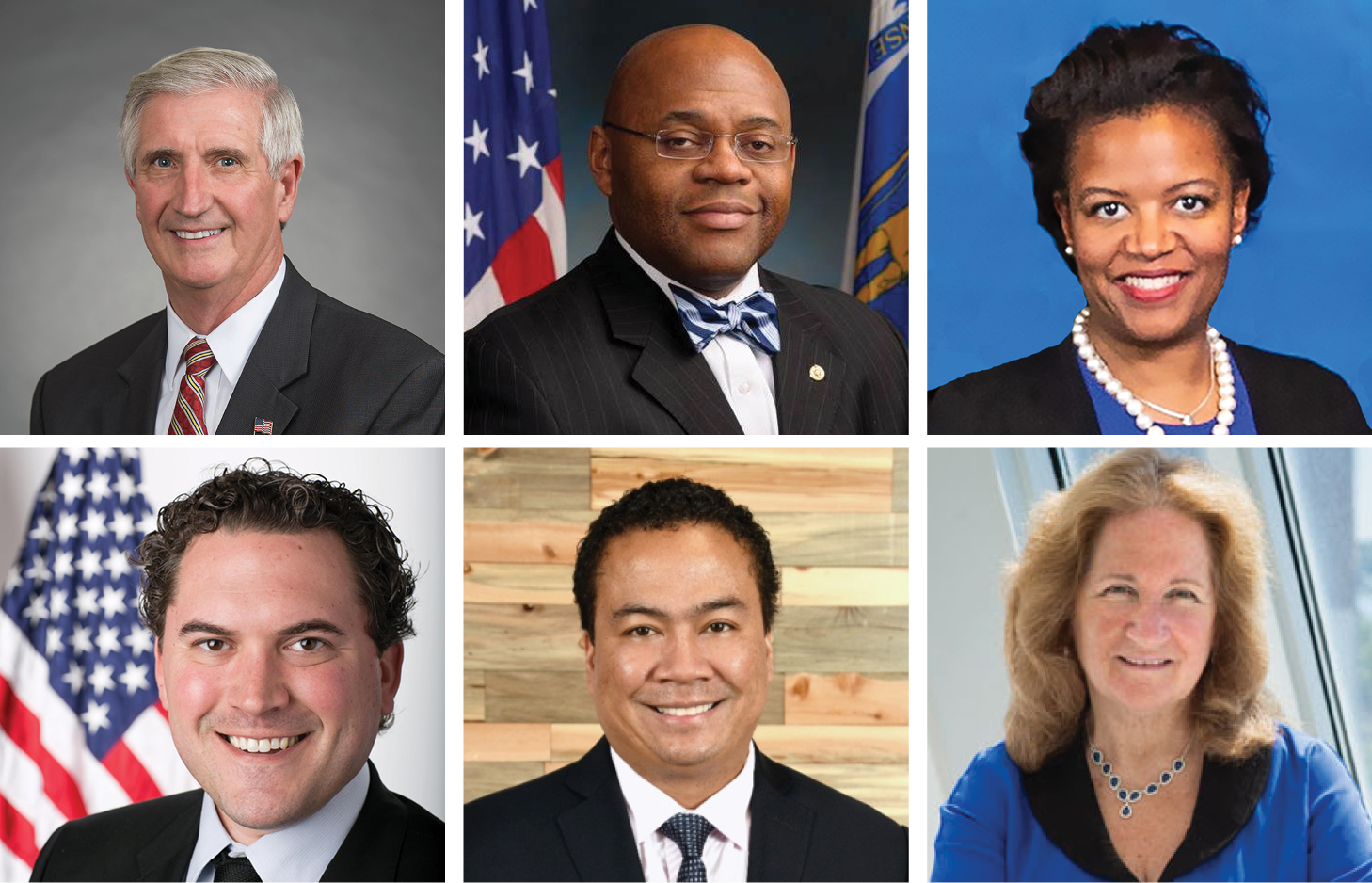 BOSTON – Today, the Edward M. Kennedy Institute for the United States Senate announced that six leaders in business, education, and public policy joined the Institute’s Board of Directors. In their new positions, each member will work to advance the Institute’s mission to promote civic engagement, educate the public about the important role of the U.S. Senate, and empower the next generation of leaders.

Andrew H. Card, Jr. is Chairman of the National Endowment for Democracy, a nonprofit organization dedicated to the growth and strengthening of democratic institutions around the world. Card has also held numerous senior government positions under three Presidents, including Chief of Staff to President George W. Bush, Deputy Chief of Staff to President George H.W. Bush, and U.S. Secretary of Transportation. He also served in President Ronald Reagan’s Administration. Card was President of Franklin Pierce University (2015 - 2016), served as Executive Director of the Office of the Provost and Vice President for Academic Affairs at Texas A&M (2013 - 2014), and was Acting Dean of The Bush School of Government and Public Service at Texas A&M. Card serves on the Board of Directors of Union Pacific, the Business Advisory Board of BrainStorm Cell Therapeutics, Energy Security Partners, and Go Electric.

The Honorable William “Mo” Cowan was recently appointed President of Global Government Affairs and Policy for General Electric Company, after serving as Vice President of Litigation and Legal Policy at GE since April 2017. Before joining GE, he held several leadership roles with ML Strategies in their Boston and D.C. office. Mo served as chief legal counsel, chief of staff, and senior advisor to Governor Deval Patrick, and on January 30, 2013, Governor Patrick appointed Mo to serve as interim United States Senator upon the resignation of John F. Kerry. Mo concluded his Senate service in July 2013. A graduate of Duke University and Northeastern University School of Law, Mo also holds honorary degrees from Georgetown University and Newbury College.

The Honorable Linda Dorcena Forry is the Vice President Northeast Region, for Diversity, Inclusion and Community Relations at Suffolk Construction. Linda is a former Massachusetts State Senator and State Representative. She served 13 years in elected office and worked over two decades in the public sector in various capacities in both state and local government. Linda is a graduate of Boston College Carroll School of Management, and also holds a Masters in public administration from the Harvard Kennedy School of Government. She lives in Dorchester with Bill Forry, her husband, and four children.

Cody Keenan has been a speechwriter for President Barack Obama for more than a decade, rising from a campaign intern in Chicago to Director of Speechwriting at the White House. Through times of challenge and change, Cody has helped Obama craft remarks on every topic for every audience – from tiny backyards in Iowa to the biggest stadiums in the country; from a sermon in Selma to his farewell address. He discovered his passion for public service during his first job in Washington – as a young aide to Senator Edward M. Kennedy. Today, Cody continues to serve as Barack Obama’s post-presidential writing collaborator, and as a professor at his alma mater, Northwestern University. He is also a graduate of Harvard University’s John F. Kennedy School of Government.

Michael Mathis is the President and Chief Operating Officer of MGM Springfield responsible for the implementation, development, and operation of the resort and entertainment destination. A 20-year veteran of the gaming industry, Mathis most recently served as Senior Vice President of Global Gaming Operations for MGM Resorts International. Mathis previously served as Vice President of Legal Affairs and Assistant General Counsel for Boyd Gaming Corporation, and prior to that held the position of Vice President & General Counsel for Echelon Resorts and Corporate Counsel for Las Vegas Sands Corporation. Mathis has a law degree from Georgetown University, and a Bachelor of Arts Degree from Dartmouth College. He has served as a member of the International Association of Gaming Advisors as well as the Past President of the Discovery Children’s Museum. He currently serves on the Board of Trustees at the Springfield Museums.

Katherine Newman, Ph.D., is the Interim Chancellor of the University of Massachusetts, Boston and the Torrey Little Professor of Sociology. She previously served as Provost and Senior Vice Chancellor for Academic Affairs at UMass Amherst, the James B. Knapp Dean of the Arts and Sciences at Johns Hopkins University; the Forbes Class of 1941 Professor of Sociology and Public Affairs at Princeton and Director of the Institute for International and Regional Studies; the founding Dean of Social Science at the Radcliffe Institute of Advanced Study; and the director of Harvard’s Multidisciplinary Program on Inequality and Social Policy. She taught for 16 years in the Department of Anthropology at Columbia University. Author of 14 books on aspects of inequality in the US and abroad, her forthcoming volume focuses on retirement insecurity.

Learn more about the Kennedy Institute’s Board of Directors here.

About the Edward M. Kennedy Institute The Edward M. Kennedy Institute for the United States Senate is a nonprofit organization in Boston envisioned by the late Senator Ted Kennedy; it is dedicated to educating the public about the important role of the Senate in government, encouraging civic participation, and invigorating civil discourse. Through digital exhibits, interactive educational offerings, and topical programs, the Institute engages students and visitors in a conversation about the essential role each person plays in our democracy and in our society. Learn more via emkinstitute.org.