Edward M. Kennedy Institute Strengthens Its Board with Election of Bruce A. Percelay as Incoming Chairman 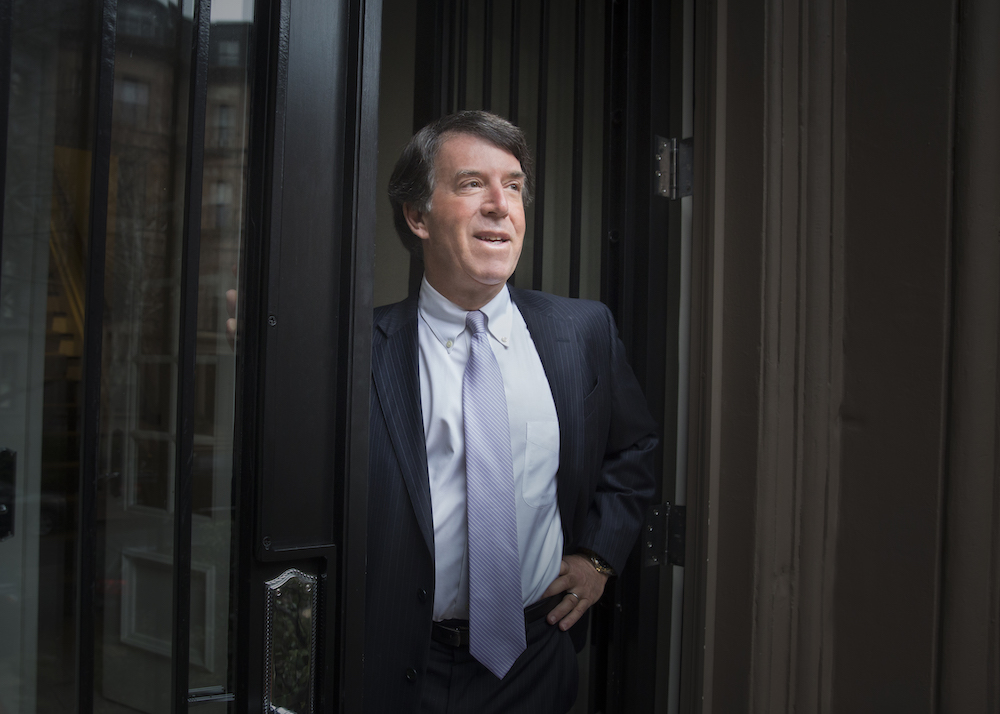 BOSTON – The Edward M. Kennedy Institute for the United States Senate today announced the election of Bruce A. Percelay as its incoming Chairman of the Board. As Founder and Chairman of The Mount Vernon Company, a real estate development and investment firm headquartered in Boston, Percelay brings an extraordinary business acumen and passion for helping others to the Institute at a critical juncture for democracy in the United States.

Most recently, Percelay was the driving force behind Nantucket’s new whaling museum and raising more than $120 million for the Nantucket Cottage Hospital, the largest fundraiser for a community hospital ever in U.S. history. Previously, Percelay served as the Chairman for both the Massachusetts chapter of the Make-A-Wish Foundation and Habitat for Humanity in Boston. Currently, Percelay sits on the President’s Council at Massachusetts General Hospital as well as the Board of The Rappaport Institute at the Kennedy School of Government.

“The entire Board is delighted to have Bruce Percelay at the helm of the Institute that bears my late husband’s name. He is well known in the business community for his innovation and is recognized as a transformational leader in service to the non-profit community,” said Victoria Reggie Kennedy, Co-founder and President of the Board at the Edward M. Kennedy Institute. “As our nation grapples with the role of government in addressing the challenges facing our nation, the Kennedy Institute is sharpening its focus on the critical importance of having all Americans exercise the right to vote and be involved in the civic life of their communities. Bruce’s exceptional leadership and ability to convene have set us on a path to reaffirm the Institute’s role in inspiring the next generation of citizens and leaders to engage in our democracy.”

Since opening its doors five years ago, the Kennedy Institute has welcomed tens of thousands of school age children and young adults into its full-scale replica of the U.S. Senate Chamber to negotiate, vote on legislation, and experience, for a day, what it means to work as a U.S. senator. Through a blend of award-winning experiential learning and interactive digital experiences, the Kennedy Institute is transforming the paradigm for civic education and participatory democracy. Like many cultural institutions facing the realities of the global COVID-19 pandemic, the Kennedy Institute has increased its focus on delivering quality programming in virtual/digital learning environments, with an upcoming slate of voting-focused offerings anticipated for later this summer.

“I am honored to join the Board as Chairman of this cutting-edge institution,” said Percelay. “I share Senator Kennedy’s belief that inspired, engaged, and knowledgeable citizens are vital for our democracy to be successful and to flourish. During these unprecedented times of national health crisis and civil unrest, the work of the Edward M. Kennedy Institute has never been more important and needed than it is right now. I look forward to working with my fellow Board members and the dedicated staff of the Institute to make a meaningful difference during this pivotal time.”