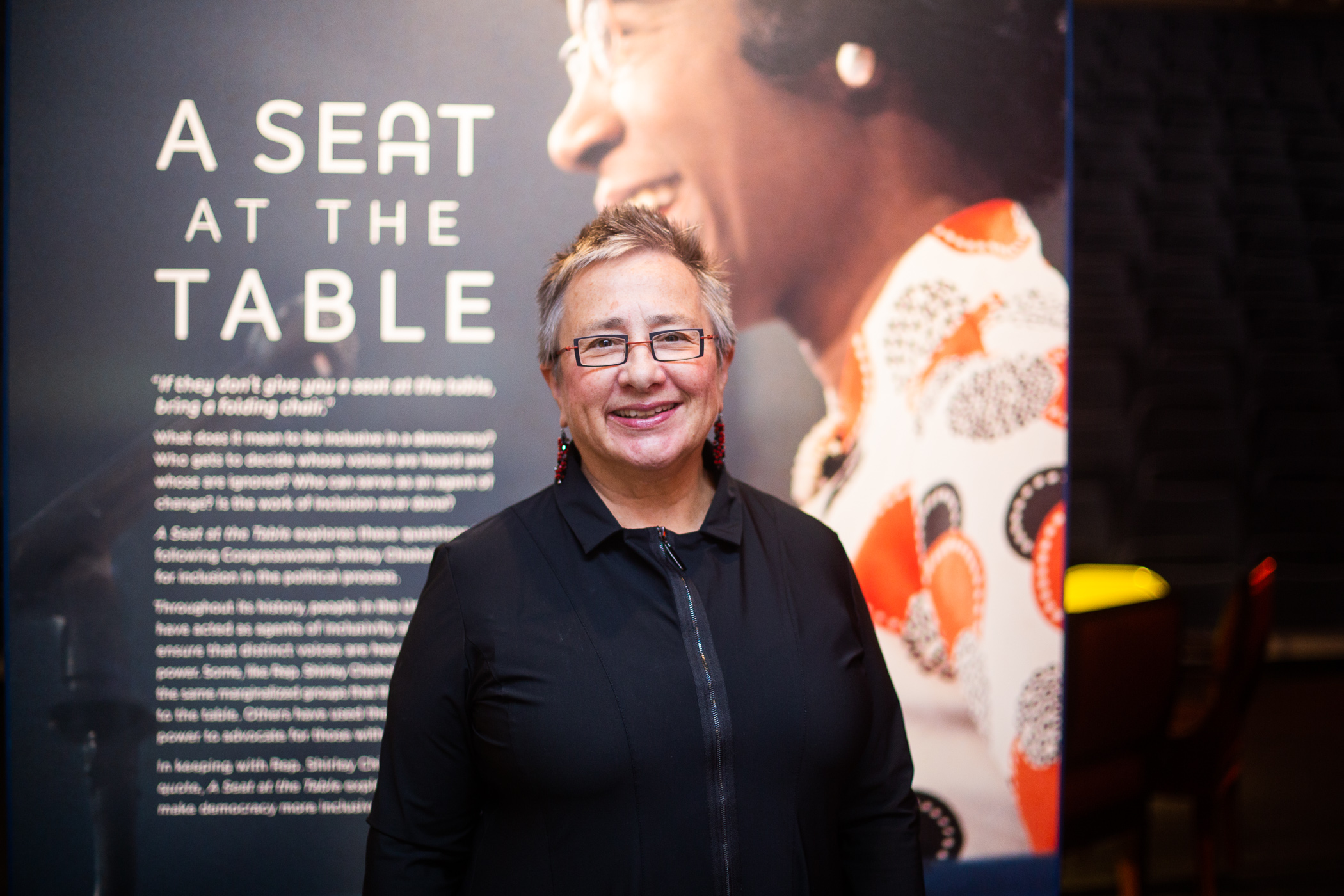 BOSTON – Today, the Edward M. Kennedy Institute for the United States Senate‘s senior exhibit and content developer Jan Crocker was announced as a recipient of the New England Museum Association’s Excellence Award for her contributions to the region’s museum community. Crocker, who joined the Institute in 2017, has spent several decades pursuing and creating innovative exhibitions for a range of cultural institutions big and small.

“It is a remarkable privilege to receive this award at this point in my career,” Crocker said. “I am grateful to have been recommended for this recognition from the New England Museum Association which represents the field I have chosen to work in and value greatly.”

Since joining the Kennedy Institute team, Crocker has opened the Seat at the Table project and the Senate Staff Office exhibit, both of which utilize physical and digital elements to tell the story of Congresswoman Shirley Chisholm and what it is like to work for a United States Senator, respectively. Crocker’s exhibition expertise has expanded the portfolio of interactive learning experiences that the Institute offers visitors learning about the importance of democracy.

Throughout her career, Crocker has facilitated teams developing major exhibit projects while championing the next generation of creative thinkers.

“Jan is known across the field for her mentorship and her ability to kickstart the creative process,” said Elaine Mondy, the Institute’s program and exhibit content coordinator. “I nominated her because she has dedicated her career to improving the people and projects that she encounters. It’s a privilege to work with and learn from her on a daily basis here at the Kennedy Institute.”

About the Edward M. Kennedy Institute The Edward M. Kennedy Institute for the United States Senate is a nonprofit organization in Boston envisioned by the late Senator Ted Kennedy; it is dedicated to educating the public about the important role of the Senate in government, encouraging civic participation, and invigorating civil discourse. Through digital exhibits, interactive educational offerings, and topical programs, the Institute engages students and visitors in a conversation about the essential role each person plays in our democracy and in our society. Learn more via emkinstitute.org.

Government of Ireland supports new programs, exhibits, and research at the Kennedy Institute