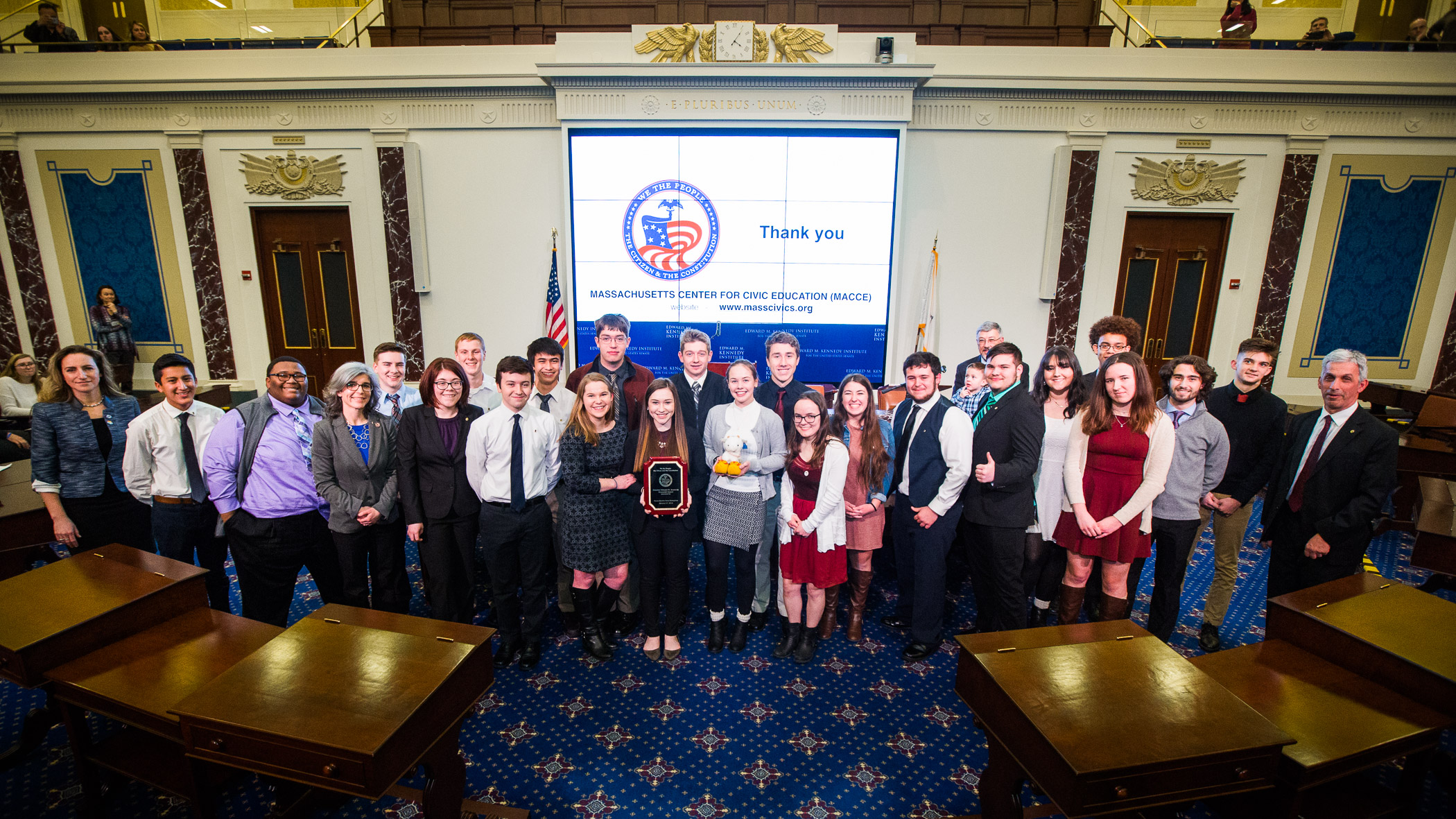 BOSTON – On Saturday, the Edward M. Kennedy Institute hosted the annual We the People competition, the culmination of a nationally acclaimed curriculum-based civic education program that helps students understand the history, philosophies, and evolution of constitutional government. The program was organized locally by the Massachusetts Center for Civic Education (MACCE), a 501c3 nonprofit dedicated to promoting civic education in our schools and communities.

“I am extremely pleased that the Institute and MACCE are working together for the promotion of civic education,” said Roger Desrosiers, president of the MACCE. “I look forward to creating more opportunities like this weekend’s convening for students and the public to become more civic minded.”

The Institute will also be working with MACCE to host a new Middle School Showcase where students share what they have learned from in-depth study of how government functions, as well as professional development workshops for educators and adult learning opportunities focused on the United States government.

“The students who came through our doors this weekend were inspiring,” said Mary Grant, president of the Edward M. Kennedy Institute. “We are thrilled to host events and conversations like these that support our shared mission of encouraging knowledgeable and productive participation in our democracy.”

Saturday’s competition included 110 students from six schools across the Commonwealth. Students debated the principles embodied in the Constitution, and addressed larger questions from the philosophical and historical foundations of the American political system, to the challenges facing American Constitutional Democracy in the 21st century. Easthampton High School, the winning team from Saturday’s competition will participate in the 31st We the People National Finals in Washington, DC from April 27 through May 1.