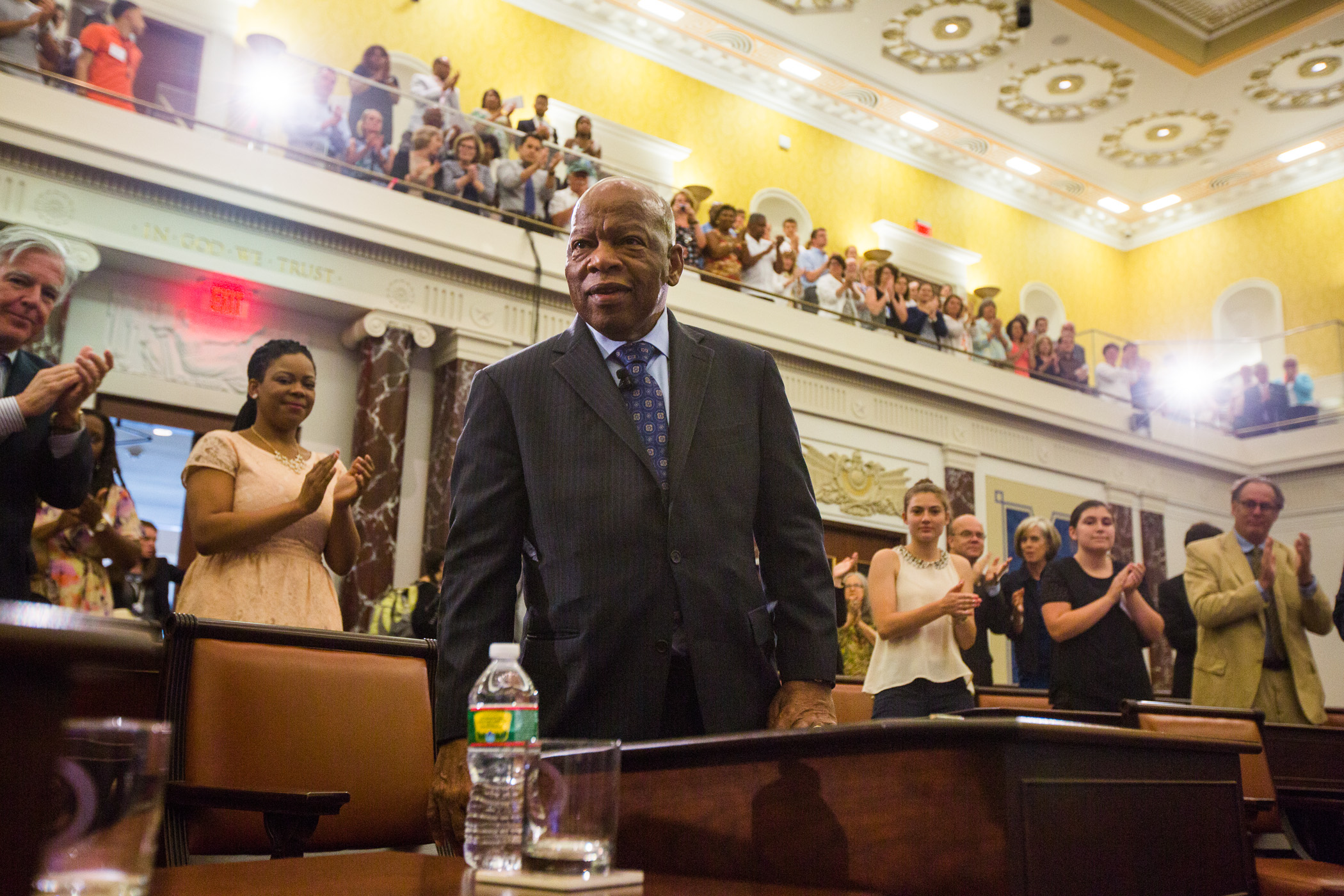 Congressman John Lewis participated in a Getting to the Point conversation at the Kennedy Institute in 2015.

Congressman John Lewis lived a defining life in an America he helped to define. He was one of those rare individuals who, even as a young man, bent history itself.

Ted Kennedy once said that there was no one in public life that he admired more than John Lewis — not only for his achievements, but for his character. Many are elected to high office, but no one elected John Lewis to change history — only his conscience.

He was arrested forty times, beaten and spat upon, and nearly lost his life on the Edmund Pettus Bridge so that the nation could live free. And, all through the years, the good and brave man who had marched across the Pettus Bridge continued to fight for freedom for ALL people, to fulfill in our time the ancient command of Isaiah to “undo the heavy burdens, and to let the oppressed go free.”

Across the decades, John Lewis held his country to its truth and held the light of truth up to our country. Now, he has gone to his eternal rest. We will miss him dearly, but we will never forget him. Let us honor his life by continuing his work to make our country a more perfect union, where equality for all really means all.