Government of Ireland supports new programs, exhibits, and research at the Kennedy Institute 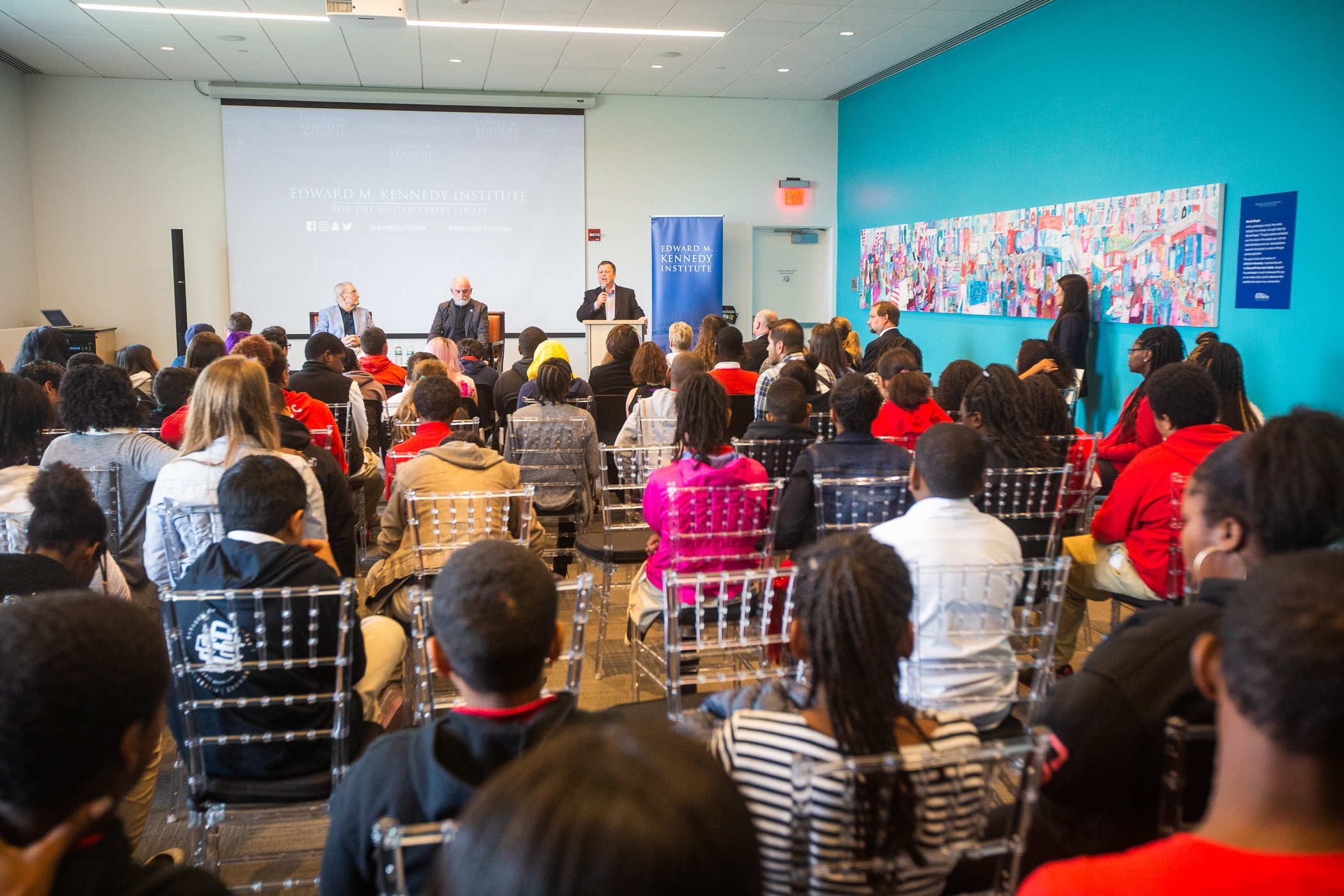 Through a grant from the Government of Ireland Emigrant Support Programme, the Institute recently received $30,000 to support new programs, exhibits, and research that will teach Institute visitors about the global impact of the Kennedy family’s public service, their connection to Ireland, and important events in Irish history.

“Senator Edward M. Kennedy was a hugely important friend to Ireland who worked ceaselessly through the great institution of the U.S. Senate to bring peace and prosperity to the island,” said Shane Cahill, Consul General for Boston. “As we mark the 20th anniversary of the Good Friday Agreement this year, we are proud to support to support the Kennedy Institute. The Institute continues the Senator’s legacy by convening meaningful conversations that highlight Irish culture and history, and show the power of our two nations working together.”

The Consulate General of Ireland in Boston helps maintain and enhance links with the Irish-American diaspora, promote Irish culture in new and traditional forms, and pursue opportunities that will deliver economic growth and jobs for Ireland.

With the support of the new grant, the Institute will enhance elements of its interactive tour experience for visitors, and create a new digital exhibit highlighting the role that Senator Edward M. Kennedy played in the Northern Ireland peace process.

In mid-October, the Institute held a screening and discussion on a documentary titled Condemned to Remember, which follows the experiences of a Holocaust survivor and Irish citizen as he acknowledges recent European history and present day migration stories. In the coming months, the Institute will host a supplementary event with a continued focus on the lessons we can learn from Ireland’s experience in peacemaking and conflict resolution. Additionally, the funds will support the archiving work of Senator Kennedy’s collections.

“We are fortunate to have the Irish Consulate in Boston as a strong partner in the Institute’s work,” said Mary K. Grant, Ph.D., president of the Edward M. Kennedy Institute. “This grant will serve as a powerful tool to further strengthen the Institute’s work promoting the Senator’s legacy in foreign policy while helping educate the next generation of leaders so they can learn from the past and take an active role in democracy of the future. We are grateful to the Consulate for enabling us to share the many lessons we can learn from understanding the rich history of Ireland.”

About the Edward M. Kennedy Institute
The Edward M. Kennedy Institute for the United States Senate is a nonprofit organization in Boston envisioned by the late Senator Ted Kennedy; it is dedicated to educating the public about the important role of the Senate in government, encouraging civic participation, and invigorating civil discourse. Through digital exhibits, interactive educational offerings, and topical programs, the Institute engages students and visitors in a conversation about the essential role each person plays in our democracy and in our society. Learn more via emkinstitute.org.

John Kerry at the Kennedy Institute Dec. 6 to discuss memoir Every Day Is Extra and challenges facing the nation