Former Massachusetts Governor to discuss policies and rationale for running 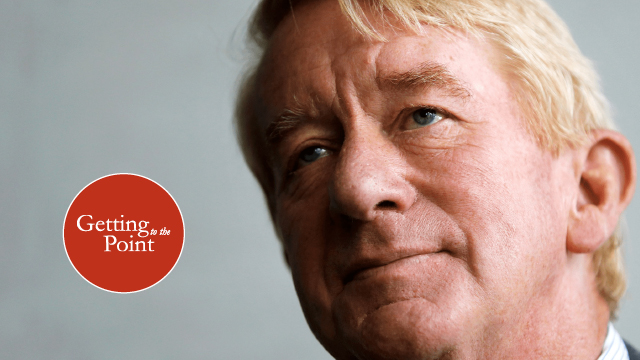 BOSTON - On Tuesday, May 21, the Edward M. Kennedy Institute for the United States Senate will host former Massachusetts Governor Bill Weld for a moderated Getting to the Point discussion on his vision for the country and policy platform as a Republican candidate for president of the United States. Tuesday’s program will begin a series of Kennedy Institute events focused on the 2020 election cycle.

Governor Weld is a former two-term Republican Governor of Massachusetts, first elected in 1990. Prior to being elected, Governor Weld served in President Ronald Reagan’s Justice Department as Assistant U.S. Attorney General in charge of the Criminal Division and as U.S. Attorney for Massachusetts. Weld also served as a staff member in the U.S. House of Representatives. He is an active member of the Council on Foreign Relations, served for five years as a member of the U.S. Holocaust Memorial Council, and is an associate member of the InterAction Council, an elected group of former heads of state from throughout the world, which convenes to consider and report on global issues.

About the Getting to the Point series
The discussion is part of the Kennedy Institute’s Getting to the Point series which convenes individuals with diverse perspectives to discuss current issues and challenges facing the nation. The series takes on various formats – from town halls to keynote lectures and panel discussions – and showcases speakers from all walks of life. Previous events have included discussions with Senate Majority Leader Mitch McConnell, Georgia Congressman John Lewis, Senators Elizabeth Warren and Bernie Sanders, Former Chief Official White House Photographer Pete Souza, MSNBC’s Katy Tur, The Daily Show’s Zhubin Parang, 19th U.S. Surgeon General Vivek Murthy, and others.

Kennedy Institute announces trailblazers showcased in “A Seat at the Table” exhibit, importance of diversity in democracy focus