Representing the 6th Congressional District of Massachusetts, Moulton will share his vision for a new generation of leadership 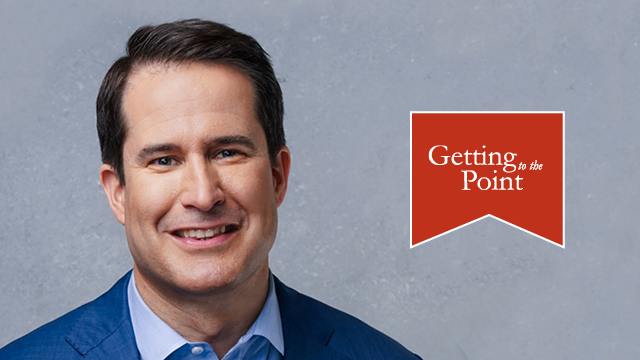 BOSTON — On Thursday, June 13, the Edward M. Kennedy Institute for the United States Senate will welcome Congressman Seth Moulton (D-MA-6) for a moderated discussion on his vision for a new generation of leadership and his policy platform as a Democratic candidate for president of the United States. Thursday’s discussion is part of a series of Kennedy Institute Getting to the Point programs focused on the 2020 election cycle. The first candidate to appear in the series was Republican Governor Bill Weld.

Congressman Seth Moulton has represented the 6th Congressional district of Massachusetts since 2014. He was first called to service when he joined the Marines in 2001, for which he served four tours in Iraq. After returning home, Congressman Moulton earned joint graduate degrees in Business and Public Policy, and worked in the private sector to build the country’s first high speed rail line. In the U.S. House of Representatives, he serves as a member of the Budget Committee and Armed Services Committee.

The program’s live stream can be accessed by visiting this link.

This event is OPEN PRESS. RSVP to press@emkinstitute.org.

About the Edward M. Kennedy Institute The Edward M. Kennedy Institute for the United States Senate is a nonprofit organization in Boston envisioned by the late Senator Ted Kennedy; it is dedicated to educating the public about the important role of the Senate in government, encouraging civic participation, and invigorating civil discourse. Through exhibits, interactive educational offerings, and topical programs, the Institute engages students and visitors in a conversation about the essential role each person plays in our democracy and in our society. Learn more via emkinstitute.org.

About the Getting to the Point series The discussion is part of the Kennedy Institute’s Getting to the Point series which convenes individuals with diverse perspectives to discuss current issues and challenges facing the nation. The series takes on various formats – from town halls to keynote lectures and panel discussions – and showcases speakers from all walks of life. Previous events have included discussions with Senate Majority Leader Mitch McConnell, Georgia Congressman John Lewis, Senators Elizabeth Warren and Bernie Sanders, Former Chief Official White House Photographer Pete Souza, MSNBC’s Katy Tur, The Daily Show’s Zhubin Parang, 19th U.S. Surgeon General Vivek Murthy, and others.