In a program co-hosted by the Consulate General of Ireland, the British Consulate-General Boston, and Irish Network Boston, representatives of the Irish and British Governments and communities of Northern Ireland will discuss the journey for peace and reconciliation 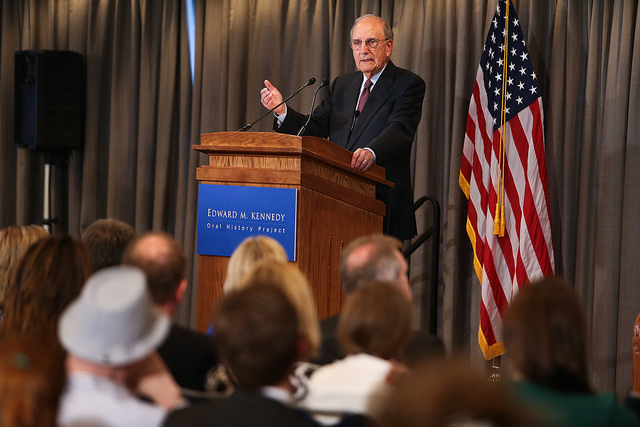 BOSTON – On Thursday, April 5th, the Edward M. Kennedy Institute for the United States Senate will host a discussion to mark the 20th anniversary of the signing of the Good Friday Agreement, a cornerstone of peace and reconciliation on the island of Ireland. Co-hosted by the Consulate General of Ireland, the British Consulate-General Boston, and Irish Network Boston, the program will feature a keynote address by Senator George Mitchell, the United States Special Envoy to Northern Ireland during the pivotal period of 1995 to 2001. A panel discussion will follow with representatives of the Irish and British Governments, the Northern Ireland Assembly, the business community, and leading voices on Northern Ireland. Boston Globe columnist Kevin Cullen will moderate.

This event is OPEN PRESS. RSVP to press@emkinstitute.org

Students and Visitors to Debate Gun Legislation at the Edward M. Kennedy Institute