Panelists will highlight the urgency of participation and other important topics 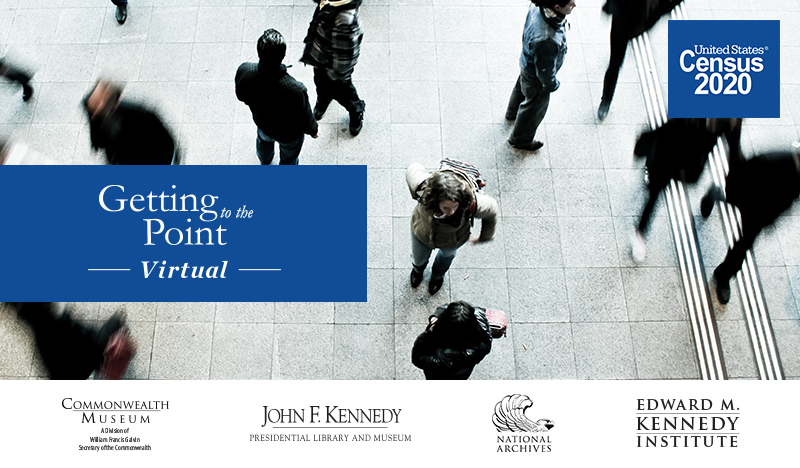 BOSTON – On Tuesday, April 28, the Edward M. Kennedy Institute for the United States Senate will host state and local leaders for a discussion on the importance of completing the 2020 Census. Participants will cover many topics including the impact of the census on federal, state, and local government; and the challenges of reaching hard-to-count populations, especially during a global pandemic. The panel will also dispel myths surrounding the Census, including the data that are collected and how they are used.

In March, the Kennedy Institute joined with the John F. Kennedy Presidential Library and Museum, and Massachusetts Archives & Commonwealth Museum to announce the creation of the Columbia Point Census Initiative to raise awareness of this crucial undertaking by the federal government and to educate thousands of visitors over the next several months. Despite the coronavirus pandemic, the Initiative partners remain committed to continuing this work together online. Among those efforts, this particular event is in collaboration with the Library and the Archives & Museum.

While the Institute’s facility remains closed for now, the commitment to civic engagement and civic education is as strong and vibrant as ever. This program marks the Institute’s second offering held entirely online and it will be available for engagement both as a live event in addition to a recorded resource. Any member of the general public who is interested in attending can register here.

WHAT:
Getting to the Point on the 2020 Census

Congressman Richard Neal to join Edward M. Kennedy Institute for virtual conversation about congressional response to coronavirus and other priorities