Columbia Point civic institutions will reach 20,000 students with information about the U.S. Census 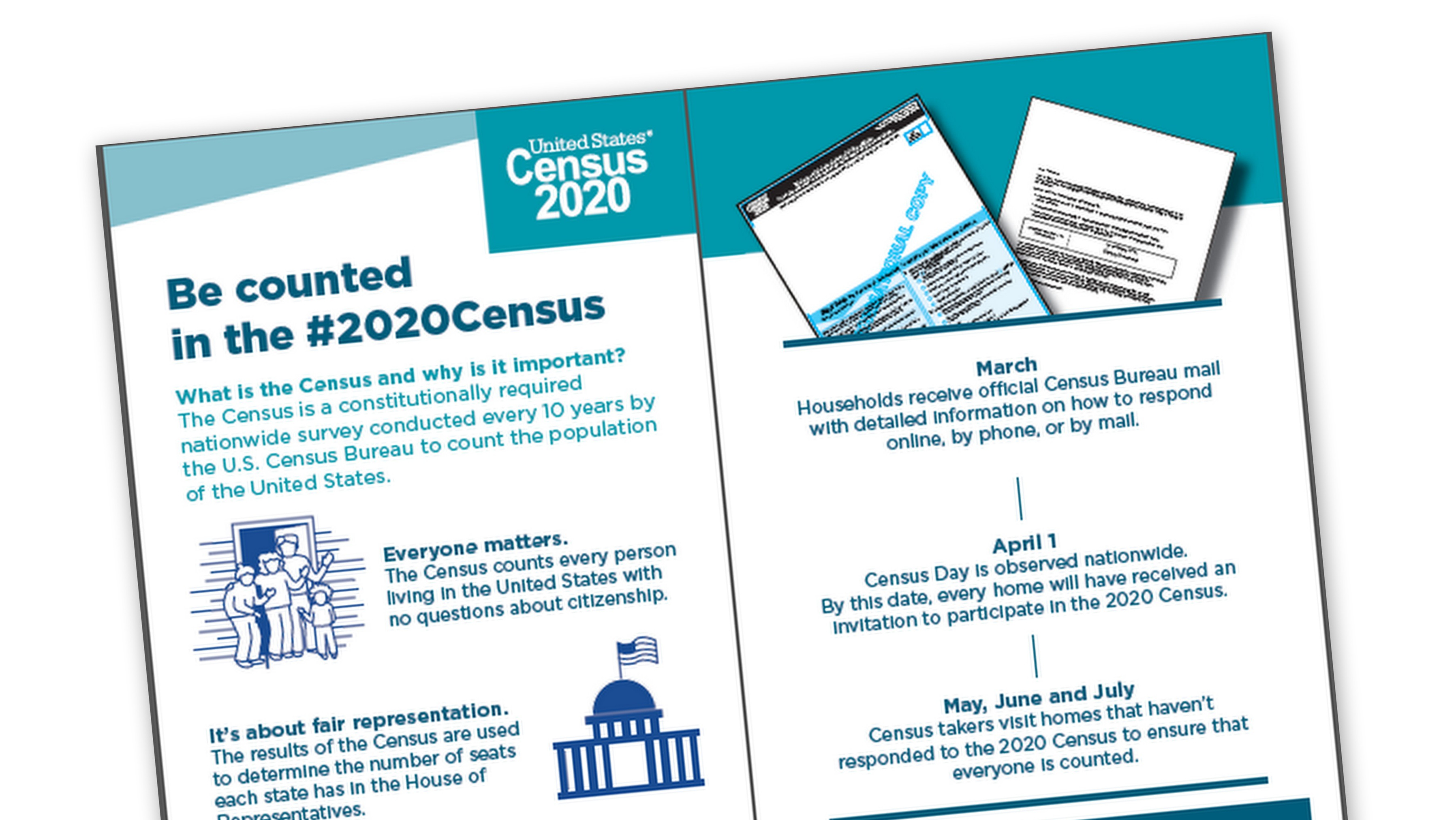 BOSTON – Today, the Edward M. Kennedy Institute for the United States Senate, John F. Kennedy Presidential Library and Museum, and Massachusetts Archives & Commonwealth Museum announced a collaboration that encourages participation in and underscores the importance of the 2020 U.S. Census.

As part of the initiative, each of the participating organizations will incorporate Census content and conversation into their existing educational programs for students through the end of the school year. In addition, special Census keepsakes will be provided to students to take home and share with their families. The partnering organizations estimate that the effort will reach approximately 20,000 students visiting Columbia Point through June 2020.

“This initiative highlights the strong relationships among Columbia Point’s civic institutions while bringing attention to the important role that the Census plays in the determination of congressional representation, federal funding, and other vital functions,” said Alan Price, director of the John F. Kennedy Presidential Library and Museum.

“Participating in the Census is one of the most civic and least partisan activities in which all of the people who live in the United States can engage,” said Gina Perille, chief operating officer of the Edward M. Kennedy Institute for the United States Senate. “Each person deserves to be counted and to be represented. Even the youngest of students can have an impact through learning about the Census and encouraging their friends and family to participate.”

As part of the initiative, each partnering organization will embed content related to the Census in their civic education programs. The Edward M. Kennedy Institute will integrate conversations about the Census into its signature Senate Immersion Module program and Senator-in-Training tours, and has a featured display about Congress and the Census. At the John F. Kennedy Presidential Library and Museum, staff are incorporating discussion of the Census into the Library’s marquee federal budget simulation program as well as civil rights programs and other educational programming. The Library will highlight the Census during its immigration and naturalization ceremonies and other events sponsored by the Library. Furthermore, the Massachusetts Archives & Commonwealth Museum will inject a Census component into all of its on-site educational programming that highlights its purpose, impact, and benefits. As a division of the Office of the Secretary of the Commonwealth, the authority that administers the Census on a state-wide level, the Archives & Museum will also disseminate support materials from both the Secretary’s Census division and the United States Census Bureau.

Examples of the types of information that the organizations will share with visiting students include:

“This collaboration will have a powerful, positive impact across the Commonwealth and beyond,” said Michael Comeau, executive director of the Massachusetts Archives & Commonwealth Museum. “As the Census gets underway, we are committed to inspiring the greatest level of awareness and participation possible.”

In conjunction with this Census initiative on Columbia Point, the Edward M. Kennedy Institute will host a panel discussion on Tuesday, March 24, at 7 p.m. about the importance of the 2020 Census. State and local leaders will discuss the impact that the Census has on federal, state, and local government and will dispel myths about Census data and how it is used. The March 24 program is free and is jointly presented by the Edward M. Kennedy Institute, the John F. Kennedy Presidential Library and Museum, and the Massachusetts Archives and Commonwealth Museum.

About the John F. Kennedy Presidential Library and Museum
The John F. Kennedy Presidential Library and Museum is one of 14 presidential libraries administered by the National Archives and Records Administration and supported, in part, by the Kennedy Library Foundation, a nonprofit organization. The JFK Library and Museum is open daily from 9:00 a.m. to 5:00 p.m., with the exceptions of Thanksgiving Day, Christmas Day, and New Year’s Day. The Library is located in the Dorchester section of Boston, off Morrissey Boulevard, next to the campus of the University of Massachusetts/Boston. Parking is free. There is free shuttle-service from the JFK/UMass T Stop on the Red Line. The Museum is wheelchair accessible and all videos shown throughout the Museum are closed-captioned. For more information, call (866) JFK-1960 or visit www.jfklibrary.org.