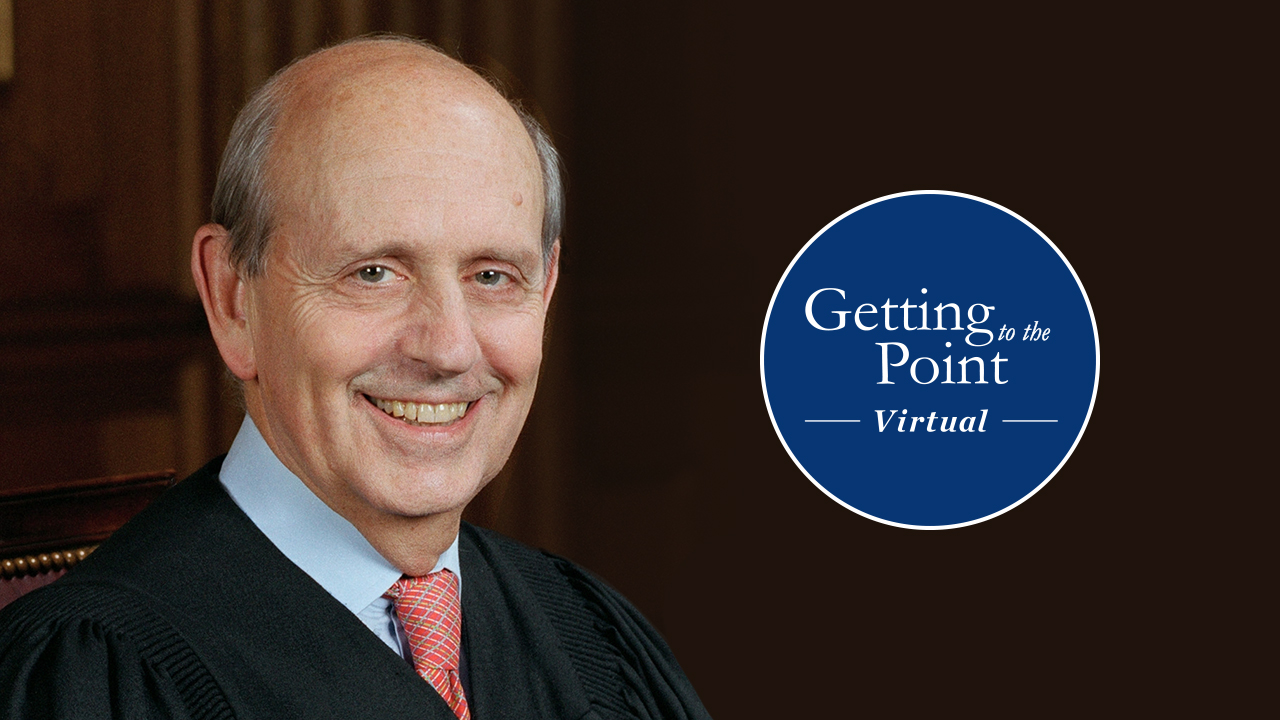 BOSTON – On Thursday, October 8, at 11:00 a.m., the Edward M. Kennedy Institute for the United States Senate will convene a Getting to the Point conversation with Associate Supreme Court Justice Stephen Breyer who will talk about his career in the judicial system, some of the most recent notable SCOTUS decisions and their impact on the country as a whole, and the increasingly vital role that the Supreme Court plays among the three branches of government. In a moderated discussion with Ari Melber, MSNBC Chief Legal Correspondent and Host of “The Beat with Ari Melber,” Associate Justice Breyer will share how the Supreme Court provides checks and balances on the executive and legislative branches of government, how elections impact who is nominated to the bench, and highlights of the Supreme Court’s important recent rulings.

Appointed by President Bill Clinton in 1994, Associate Justice Breyer has served for over two decades on the Supreme Court. He is known for being a pragmatic justice who weighs the real-life consequences of those affected by rulings. Associate Justice Breyer worked for Senator Edward M. Kennedy during his time as Special Counsel and Chief Counsel to the Senate Judiciary Committee in the 1970s.

While the Institute’s facility remains closed for the time being, its commitment to civic engagement and civic education is as strong and vibrant as ever. This program marks the Institute’s twelfth interactive online offering which will be available both as a live event and as a recorded resource afterward. Any member of the general public who would like to attend can register here.

WHAT:
Getting to the Point with Supreme Court Justice Stephen Breyer – virtual event