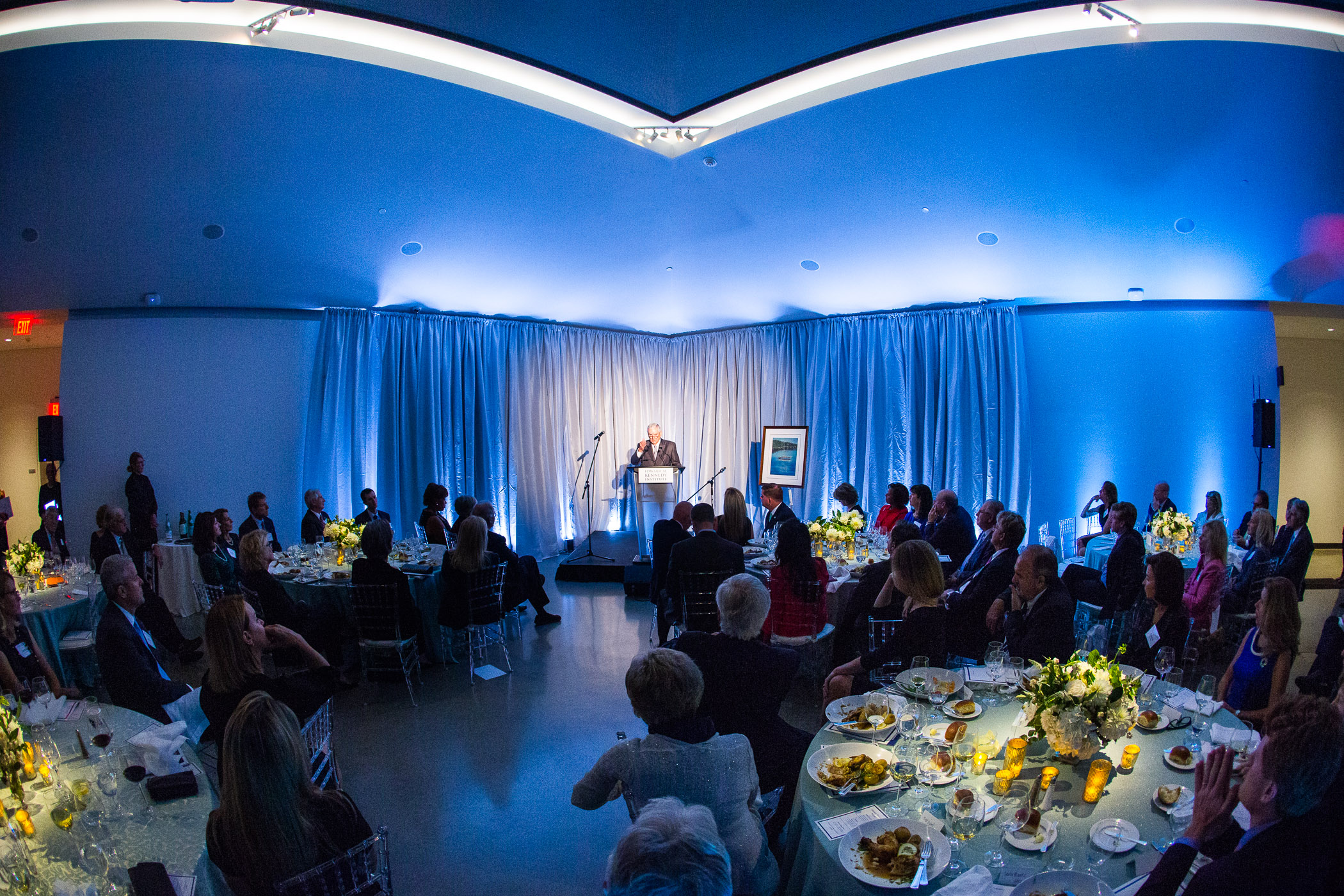 BOSTON – Last night, Massachusetts Governor Charlie Baker, Boston Mayor Marty Walsh, and leaders in the business and philanthropic communities of Massachusetts joined the Edward M. Kennedy Institute for the United States Senate’s Annual Dinner honoring Jack Connors, Jr. with the Kennedy Institute’s inaugural Award for Inspired Leadership. The Kennedy Institute created the Award for Inspired Leadership to recognize individuals who reflect the best leadership qualities of Senator Edward M. Kennedy himself, exemplary leaders who make a difference by service to country and community and who inspire others to be civically engaged as well.

“I can think of no one more fitting than Jack Connors to receive the Kennedy Institute’s inaugural Award for Inspired Leadership,” said Victoria Reggie Kennedy, Co-Founder and President of the Board of the Institute. “Jack Connors has a unique brand of leadership that is focused on giving back and elevating others. Jack has made a difference in the lives of tens of thousands of children, students, patients, and veterans — marshaling resources, directing his advocacy, and always leading by example. His sense of purpose and dedication to service is remarkable. As we celebrate Jack as a role model of service to our community and our country, we also bear witness to one of the important missions of the Kennedy Institute — to inspire the next generation of leaders.”

Jack Connors, Jr. is a successful business leader, community supporter, and philanthropist who, through his thoughtful leadership, has had a positive and lasting impact on the city of Boston and the Commonwealth of Massachusetts. He is the founding partner of Hill Holiday, Connors, Cosmopulous, Inc., a full-service marketing communications company, and sits on the boards of a number of organizations including Partners-In-Health, Boston College, the HomeBase Program, Beyond Conflict, the Board of Fellows at Harvard Medical School, and the board of dean’s advisors for the Harvard T.H. Chan School of Public Health. Mr. Connors was the driving force behind the creation of Camp Harbor View, a summer camp in Boston Harbor that serves as a safe and educational place for unattended children and teens to go during the summer months. His tireless work and generous contributions were instrumental in bringing Senator Kennedy’s vision of the Edward M. Kennedy Institute to life.

“This was a great honor for me, but an even bigger honor was to have been asked by Senator Kennedy to lead the effort to make his vision for the Institute a reality,” said Jack Connors, Jr. “He has left us with a legacy of service and patriotism that is sorely needed and the Institute will be instrumental in inspiring a new generation of dedicated public servants.”

The Edward M. Kennedy Institute opened in 2015 and is dedicated to educating the public about the important role of the Senate in our government, encouraging civic participation, invigorating civil discourse, and inspiring the next generation of leaders. Through digital exhibits, interactive educational offerings, and programs, the Institute engages students and visitors in a conversation about the essential role each person plays in our democracy and in our society.

“It has been our great privilege to serve together as co-chairs of the 2018 Annual Dinner to honor the legacy of Senator Edward M. Kennedy and to recognize the inspired and inspiring leadership Jack Connors, Jr.,” said Dinner Co-Chairs Dr. Laurie H. Glimcher and Dr. Jeffrey Leiden. “In addition to all of the other outstanding contributions he has made to our community and country, Jack Connors led the first capital campaign to lay the financial foundation for the Kennedy Institute, this extraordinary place where new generations come to experience democracy and in the process are inspired to be engaged citizens. We are gratified by the generous response of the many organizations and individuals who have come together to support this evening, to honor Jack Connors, and to invest in the mission of Kennedy Institute.”

“The Institute’s mission to educate and inspire is as urgent as it was when we opened our doors three and a half years ago,” said Mary K. Grant, President of the Institute. “Because of Jack Connors’s commitment to creating opportunities for future generations, we are able empower thousands of students and visitors of all ages to take a more active role in our democracy. He is so deserving of this award, and the Institute is so fortunate for his leadership and his friendship.”

Edward M. Kennedy Institute Launches the Seat at the Table Project with Opening of New Exhibit