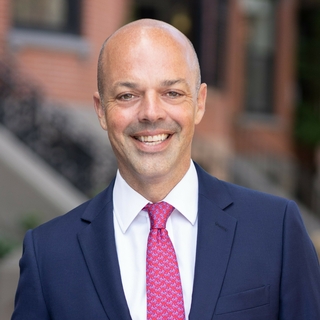 BOSTON — The Edward M. Kennedy Institute for the United States Senate has selected Adam G. Hinds, a Massachusetts State Senator and former United Nations negotiator based in the Middle East, as its new chief executive officer and executive director, starting on Monday, Sept. 26.

Hinds since 2017 has represented the Berkshire, Hampshire, Franklin and Hampden District in the state Senate, a seat from which he is resigning effective Sept. 25. A former aide to U.S. Representative John W. Olver and leader of two Berkshire County social service organizations, Hinds also served with the United Nations for nearly 10 years, based in Baghdad working to resolve territory disputes, in Jerusalem as part of the Middle East Peace Process, and to remove Syria’s chemical weapons program.

Bruce A. Percelay, chairman of the Kennedy Institute Board of Directors, said, “As the Kennedy Institute moves to a new level of national reach and impact in promoting a renewed search for bipartisan common ground in the Senate and stronger civic engagement among all Americans, Adam’s government, political, and nonprofit experience here and abroad made him an ideal candidate for CEO. Among the 160 candidates we considered, Adam stood out as exceptionally qualified, connected, and committed to the Kennedy Institute’s mission.”

Joseph P. Kennedy III, a Kennedy Institute board member and former U.S. Congressman, said: “I am thrilled to see Senator Hinds appointed as CEO of the Edward M. Kennedy Institute. Adam has led a distinguished career in public service and will bring new energy and vision to an organization unlike any other in our nation. I’m excited to see what he and the Institute will do together to continue to educate the public about the important role of the Senate and encourage everyone in our country to participate in our democracy and the civic life of our communities.”

“From my time serving with Adam in the Massachusetts Senate, I have seen his engagement and leadership on public issues across the Commonwealth, and I know in what high esteem Adam is held by people on both sides of the #mapoli aisle,” said the Hon. Linda Dorcena Forry, also a Kennedy Institute board member. “Adam will be a superb convener, leader, and bridge-builder as the Kennedy Institute’s CEO.”

Tom Daschle, former Majority Leader in the Senate, where he served for 18 years with Senator Kennedy, and also a member of the Kennedy Institute board of directors, said: “Adam brings a unique combination of deep roots in Massachusetts public affairs and experience in international diplomacy that our board is confident will serve the Kennedy Institute so well in coming years. As we celebrate the 60th anniversary of Ted Kennedy’s being sworn in as a Senator this year, it’s inspiring to see Adam stepping up to help carry forward the late Senator’s enduring legacy of commitment to keeping our American democracy vital and strong.”

Added Andrew H. Card, a board member, former chief of staff to President George W. Bush, and a former Republican state representative from Holbrook, Mass.: “We need to create a more positive climate of cooperation, compromise, and consensus in the Senate to deliver solutions to the many major challenges facing all Americans. The Kennedy Institute, with Adam’s leadership, can be an important player in bringing together people from across the political spectrum to build a better Senate.”

In the Massachusetts Senate, Hinds serves as chair of the Joint Committee on Revenue and of the Senate Committee on Reimagining Massachusetts Post-Pandemic Resiliency. He has also been an active member of committees overseeing redistricting, intergovernmental affairs, and racial equity, civil rights, and inclusion.

“I’m deeply grateful to take on the role of CEO of the Kennedy Institute, especially as we reposition it for a national role related to political dialogue at this critical time, including through The Senate Project. The Institute is also well placed to expand its award-winning K-12 civic education programs to reach young people in all 50 states,’’ Hinds said. “For 33 years, as a Western Massachusetts native, I was represented in Washington by Senator Kennedy, and I can’t begin to express what an honor it is to become a steward of his legacy and his commitment to invigorating civil discourse and civic engagement to create a better, stronger country for all.”

The goal of The Senate Project, which the Kennedy Institute has launched in partnership with the Bipartisan Policy Center and the Orrin G. Hatch Foundation, is for the public to hear leading senators from each end of the political spectrum. The Oxford-style format of the 60-minute debates, two of which have been held so far this year, allows senators to engage in extended, thoughtful, wide-ranging debate while exploring areas of potential bipartisan compromise that have traditionally been a hallmark of the Senate for more than two centuries.

Board Chair Percelay added: “On behalf of the entire board and our President Emerita and co-founder, Ambassador Victoria Reggie Kennedy, I also want to thank our outgoing interim executive director, Sue Heilman, for her diligent and effective work. Sue signed on for a six-month strategic transition and wound up, thanks to COVID-19, staying for more than two years, and she skillfully helped us navigate the many financial and logistical challenges related to the pandemic and moving of necessity to online programming.”

A Western Massachusetts native, Hinds earned his bachelor’s degree in government and sociology from Wesleyan University and the Master of Arts in Law and Diplomacy (MALD), with a concentration in international law and negotiation, from the Fletcher School of Law and Diplomacy at Tufts University. He is married to Dr. Alicia Mireles Christoff, an associate professor of English at Amherst College, and they have a year-old son.

About the Kennedy Institute The Edward M. Kennedy Institute for the United States Senate is dedicated to educating the public about the important role of the Senate in our government, encouraging participatory democracy, invigorating civil discourse, and inspiring the next generation of citizens and leaders to engage in the civic life of their communities. Learn more via www.emkinstitute.org.